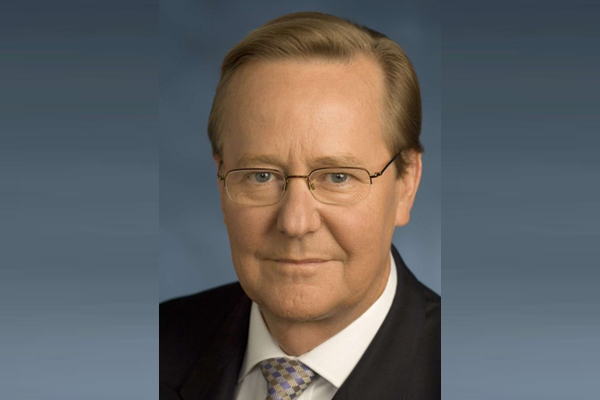 The ABC fighting for its survival

In trying to defend the ABC as an institutional pillar of a fearless free media in Australia’s robust democracy, first, we have to confront paranoia. It comes in the form of constant Murdoch Press complaints that the ABC is biased and a force for “left wing” ideology.“All the ABC’s presenters are left wing!” columnists and ABC critics have written.

In Australia “the ABC is left wing” charge has been used for decades by Fairfax and now Murdoch columnist Dr Gerard Henderson. It has been taken up by many Murdoch mouthpieces and columnists across his outlets. Gerard Henderson is always on the lookout for reds under the bed. When the threat of communist infiltration of unions, universities and institutions including the ABC led to a referendum to prohibit the Communist Party in Australia, the electorate said “no”. Australia is a demonstrable democracy and even includes  the constitutional rights of anti-democrats.

But in the ABC’s case the communist paranoia went on for years. ASIO continued to vet ABC staff appointments for many years through the 1950s and 60s. Perhaps they still do. That must be an an official secret.

But now the paranoia extends to other influences. Now it’s “progressives” or “left wingers”.

In the early 1990s I remember a conversation with Gerard Henderson where he remonstrated with me and complained that ABC staff introduced their reports of his comments with the descriptor “right wing” as in “right wing commentator  Gerard Henderson”. I conceded the point after thinking about it. Why should anyone’s contribution to public discourse be pre-emptively categorised?  Let the words speak for themselves after which the audience can unpack those words and only then consider possible motivations behind such an utterance. But give the speaker the respect of listening without pre-judgment. I conversationally told my ABC colleagues to please stop using the “right wing” descriptor. Gerard was sensitive about it. And they did. So much for decency.

For decades since that conversation I’ve been laughing and groaning each week as Dr Henderson in the Herald or the Oz denounced anyone with whom he disagreed as “left wing” particularly ABC presenters, reporters and interviewers.

The point is the ABC’s standards are held to account by internal disciplines and external oversight. And on top of those accountabilities come the defamation and contempt laws, federal, state and territory, and the privacy and anti-discrimination statutes.

Yes the ABC is not perfect. But the record of the ABC’s exceptional contributions to public interest journalism in this country, I think, more than redeem its occasional mistakes.

The ABC is committed by its legislated Charter to strive for excellence in its independent, without-fear-or-favour journalism and its programming across all genres.

If that’s not worth eight cents a day I don’t know what is.

The ABC strengthens Australian democracy. It does not work to subvert it as Gerard Henderson and Rupert Murdoch allege. As part of a free media it safeguards the separation of powers.

And now the ABC is evolving and breaking new ground through the digital revolution. More people are accessing content through smart phones and digital devices. This is the content-on-demand era and the ABC must be on all platforms where audiences are hungry for quality and engaging video, audio and text.

There’s contemporary allegations of political interference at the highest level.  And the current parliamentary inquiry into the conduct of the former chairman Justin Milne is expected to substantiate those allegations with what’s on the evidentiary and public record to date.

For audiences, the defunding of the ABC has been devastating. Defunding was initiated from 2014 and Tony Abbott’s dishonouring of his election commitment that there would be “no cuts to the ABC or SBS”.

Lateline is gone. Stateline is gone. Four Corners’ budget has been hacked into. The original Fact Checking specialist staff unit has been axed. ABC television productions in Brisbane, Hobart, Adelaide and Perth have been closed down. Radio news bulletins and radio current affairs shows have been defunded, staff slashed and broadcast time reduced. Foreign Correspondent has been reduced to ever fewer outings. The ABC drama budget and output has been slashed. Documentaries are increasingly cheap and low quality buy-ins. There’s product placement on Grand Designs Australia … a bloody Range Rover. Radio Australia is now just a website with podcasts.

Then Foreign Minister Julie Bishop destroyed the ABC’s Asia Pacific broadcasting effort in 2014 when she unilaterally terminated the DFAT Australia Network contract. The ABC lost the great Sean Dorney and 80 wonderful international broadcasters operating out of Melbourne and in situ correspondents throughout the region. Vandalism. Shame on you Julie Bishop.

The ABC prime time TV schedule consists now of wall-to-wall shelf programs acquired from other broadcasters. Vera, Midsomer Murders, endless Agatha Christie. One exasperated viewer screamed at her TV set: “It’s like there’s a gruesome murder every week in every village in all of merry England!!”

A once great ABC supporter, reeling from all this, recently sent me a Christmas card: “Quentin .. it’s hard to keep waving the flag”.

Yes it is when we see the ABC in such a distressed and diminished state.

The Liberal Party peak council carried a resolution on June 15 last year. It is now Liberal Party policy to privatise the ABC. The parliamentary Liberal Party says it is not bound by this. But neither the Prime Minister, Scott Morrison, nor the Communications Minister, Senator Mitch Fifield or any other prominent voice in the Liberal Party has said they will seek to have the party rescind this policy.

The National Party has been mute. Even though many Nationals MPs know the ABC’s services and programs are vital to their rural and regional constituents, no one in the Nationals has gone in to bat for the ABC. Where’s Barnaby? Where’s Michael McCormack? We seem to have lost Pauline Hanson. She didn’t take kindly to the ABC’s exposure of One Nation’s own distressed members, branch treasurers and executive officials who went on camera to complain about her dictatorial administration of their party.

It was Senator Hanson, who persuaded Mitch Fifield to put the boot into the ABC in return for her vote on media reform – reform which has resulted in further consolidation of media ownership with the likely disposal of regional mastheads later this year.

At this very moment the $41.4million provided over three years for what’s called the ABC Enhanced Newsgathering Program is soon expected to be discontinued. Senator Fifield has yet to pronounce its termination. If and when he does the ABC will have to restructure its regional digital state-based news gathering.

The $83.7million so called ‘indexation pause’ announced in Mr Morrison’s 2018 budget will apply from July 1 this year. The loss of these funds is likely to result in the retrenchment of around 400 broadcasters and support staff and yet another constraint or restructure of program output.

This comes on top of defunding of $254million in operational base funding since 2014 with the termination of 1000 full time equivalent staff.

With the loss of more than 3000 professional journalists in private media corporations and newspapers throughout  Australia brought by the digital disruption and the diversion of advertising revenue to global digital platforms, why would any government, claiming to be operating in the national interest, seek to gut the ABC?

But this is why we now need all hands on deck in the coming federal election.

I thank the Greens and all those parliamentary cross bench independents who have publicly expressed their support for the ABC, despite all its known faults and deficiencies.

I also now thank the national conference of the Australian Labor Party and its parliamentary leader Bill Shorten for having elevated the survival of the ABC to a major federal election issue. Over the years Antony Green, the ABC’s psephologist, always told me that the ABC was barely a blip on the political radar at election time. That is why the Coalition always lulled ABC supporters into a false sense of security before dishonouring their commitments on gaining power: John Howard and Richard Alston in 1996 and Tony Abbott, Joe Hockey and now Mitch Fifield from 2013.

This time, 2019, the hostility is raw and must be confronted by all people of goodwill in Australia. That hostility is totally unnecessary.

It is not too late for the Liberal Party and the National Party to think again.

If you place all your adversarial political cards with the Murdoch methodology don’t be surprised by the Murdoch double cross. Pubs full of sacked editors can attest to Rupert’s ruthlessness. When the worm turns Rupert will leave you lying in the gutter, laughing at your gullibility.

Friends, we now have to smash through our cynicism and stand up for the ABC and all it provides to the Australian  people.

[This is an edited version of an address by Quentin Dempster delivered to Sydney’s Politics in the Pub in February 2019.]