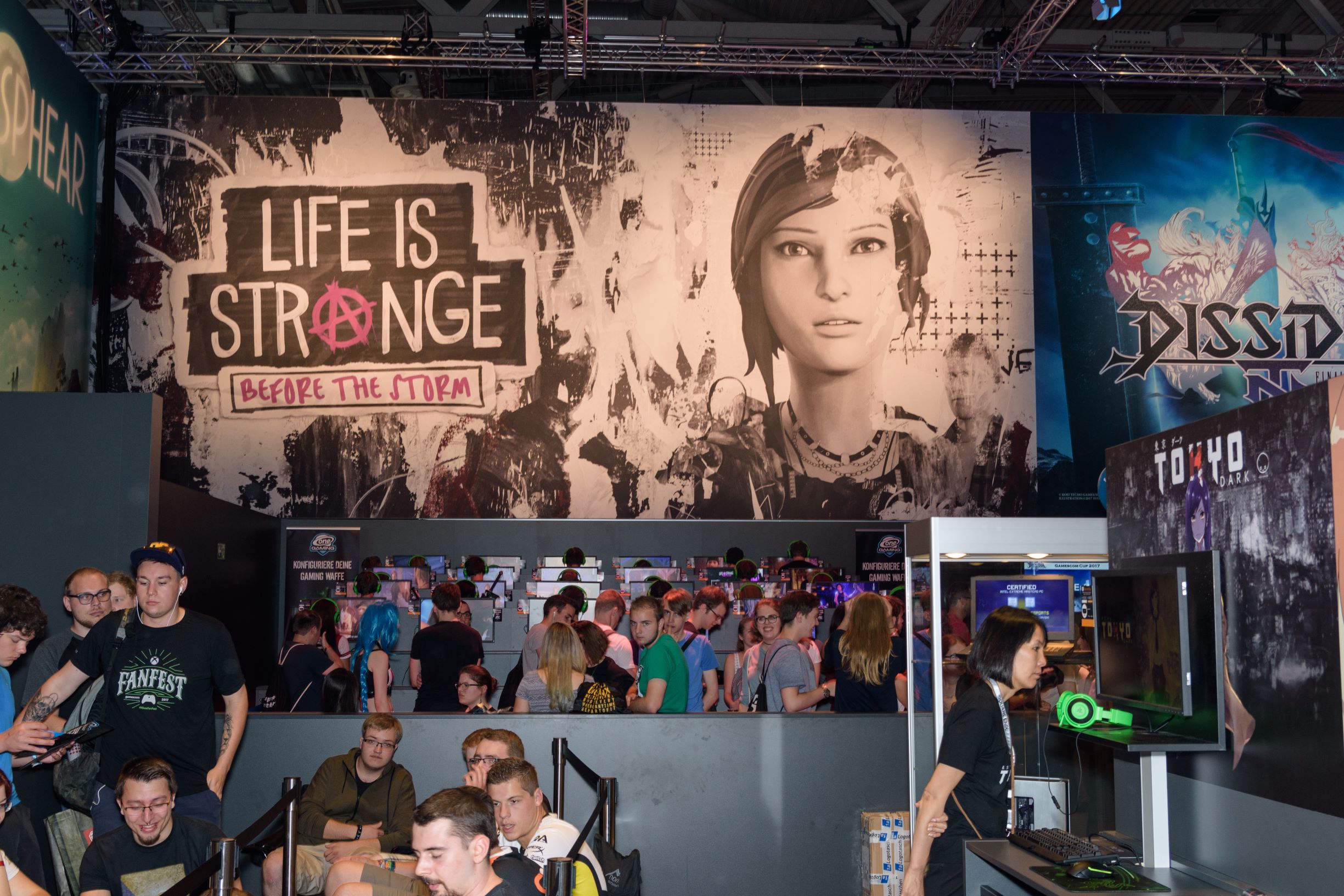 Video Games Are Quite Good Actually

Then, on October 21st, US Democratic representative Alexandria Ocasio-Cortez streamed herself playing Among Us for several hours with various guests, advocating for voting in the then-upcoming presidential election; the stream peaked at 435,000 concurrent viewers. This year millions of people spent more time inside than ever. Video games weren't just a necessary timewaster - they were vehemently cultural and political, as they have been for some time now.

For the last century or so, both cultural movements and mediums for those movements to present art and entertainment have been born and risen to prominence in a manner previously unseen. These rapid, unprecedented cultural shifts have been seen as sinister challenges to the sanctity of existing culture by relatively large sects of older generations. It is a deeply human response, one that occurs on the macro level not the individual. We are pattern-seeking creatures, searching for any possible justification to maintain the patterns we observe.

There's no shame in being a product of these natural, unavoidable, socio-biological processes of course. However, one can recognise that they exist, as we've seen this all before: the fear against Rock 'n' Roll and its suggestive dancing, then Metal music and its satanic hair, and now video games and their digital violence.

None of it is rooted in fact; this instance of the cycle isn't the one that just happens to be right. Maybe when I'm a parent I'll get sucked up in the next instance of the cycle - I hope not, but I recognise it as a possibility. Put plainly, the vast majority of common knowledge about the danger of video games is completely unfounded, these things are backed up by study after study.

So who are these gamers and what about the digital violence?

The minority of gamers are the stereotypical loner, sitting in their room, blinds drawn, playing on their Xbox, with no intention of interacting with anyone else. These people do exist, but the video game is not the problem there, it’s just the chosen means of escape from some other underlying issue.

To harken back to Alexandria Ocasio-Cortez: her Among Us stream wasn't so unusual, since she's an active, enthusiastic player of the multiplayer game League of Legends - she's a gamer. In this context video games are simply a pastime, albeit a more involved one than television or film.

But what about games like Grand Theft Auto, which are a far cry from the cartoonish killing of Fortnite, Among Us, or League of Legends. How can a game involving so much (somewhat) realistic violence be a relaxing pastime? How could someone of average countenance want to do such things, virtual or not?

Well, reading a book that's written from the first-person perspective of an extremely immoral character doesn't make the reader themselves immoral. You may think that this is an unfair comparison, as you have no control over a character in a book. However, to be immersed in a video game is not to feel like you are literally the protagonist.

When one gets immersed, it's an experience akin to viewing a good film, the fact that you're guiding the actions becomes incidental; ‘you’ aren't doing these things, ‘you’ just have control over the character who ‘is’ doing these things. This is why the most successful virtual reality games aren't the ones that attempt to realistically put you in the shoes of a character but are instead the ones that harness fresh, satisfying and enjoyable mechanics that are only achievable through virtual reality, like the wildly successful Beat Saber.

This isn't anecdotal evidence supporting a lost argument; ultimately studies have shown there is no correlation between video games and violent tendencies or even mental illness - in fact television is a stronger indicator.

Some evidence even suggests that when a video game comes along that does fulfil these negative stereotypes - a murder simulator that openly admits to being immoral, where the end goal is the death and destruction you cause along the way - gamers don't like it. It came in 2015 in the form of Hatred, an isometric 3D shooter where you play as a character disillusioned with the world and people in it, who sets out to kill the population of New York City by blowing up a nuclear power plant. You mercilessly slaughter both innocent civilians and law enforcement on your quest to complete this goal. Hatred was not received well by critics and hasn't amassed any sort of significant cult following - by 2020 it had essentially faded into obscurity, even as a controversy in and of itself.

The first game I personally became engrossed in was Club Penguin, a Disney-made multiplayer game for kids. You created a penguin avatar and roamed Club Penguin Island, playing various games at different locations in order to earn coins, which bought you furnishings for your igloo or clothes for your penguin. I was introduced to the game by my cousin and got my friends down the street into it. We could connect to the same server, interact, and play mini-games together. On one occasion I stumbled across one of my friends in-game with no prior coordination whatsoever. That experience of happening to come across someone, like bumping into a friend on the street, still sticks with me.

Then came Minecraft. I was instantly hooked; the sheer malleability of the functionally infinite world was a dream come true for a kid who'd grown up infatuated with Lego. This game, that was fundamentally a single player experience, was also a social tool. I'd spend whole afternoons with friends taking turns playing the game on our parents' laptops. As the game became a craze and the majority of my friends started playing it, it became a topic of every conversation. Eventually we figured out multiplayer, so we'd hop on a Skype call and play on the same server every single night and all weekend long - for years. It was, for all intents and purposes, a bunch of kids playing together only the playing field was infinite, customizable and we were free from injury.

Now extend these experiences to at least one (which is being conservative) friendship group in every grade, at every primary school, across every country with a decent internet penetration rate, while putting aside all your negative preconceptions about video games – it’s quite a wonderful, expansive world of imagination we had going.

For a more literal world where video games have taken root and assimilated into a culture, one need not look any further than East Asia, as more than 40 per cent of South Korea's 50,000,000 citizens are PC gamers, including almost 90 per cent of young adults. South Korea almost disproves any and all of the negative connotations of video games just by existing. In the sense that coffee shops and pie shops are staples of Australian towns and cities, South Korea has 'PC Bangs', which directly translates to ‘PC rooms’. There are upwards of 20,000 of these spread throughout the country, and they are exactly what the name would suggest: rooms full of PCs, generally pre-loaded with the most popular multiplayer video games.

Gaming is not only totally normalised in South Korean culture but those who excel at it are widely respected: top Korean e-sports professionals are put on the same pedestal as regular athletes. Because of this South Korea holds the vast monopoly on e-sports talent for most major games across the globe. The most popular game in South Korea is League of Legends, a game that the country has essentially had an e-sport dynasty in for a decade. This is not a petty claim to fame; the global e-sports industry generated US$1.1 billion in revenue in 2019.

Video games do not make children violent, or anyone for that matter. They aren't something exclusively played by mentally ill loners, in fact they do quite a lot of good neurologically. They aren't even especially addictive in comparison to other forms of media.

If anything, the rise of video games as a go-to form of entertainment for young people is a vast improvement from the comparatively unchallenging, disconnected, and solitary viewing experience provided by television. They aren't bad; South Korea is not a failed state, and video games aren't close to becoming a failed medium. They are quite good actually.

5 comments on “Video Games Are Quite Good Actually”