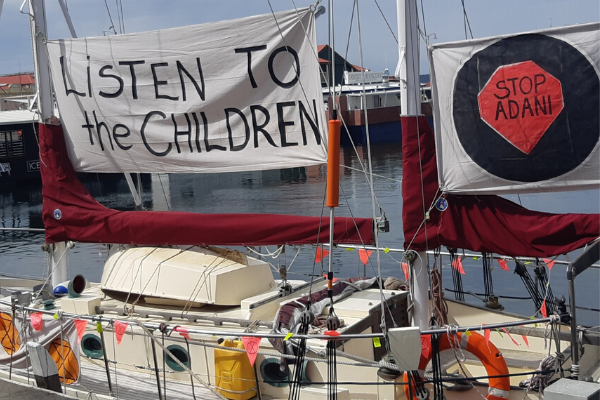 A Carbon Tax is still the answer

Hundreds of thousands of Australian youth including many local Shoalhaven school students and millions more world-wide have been taking to the streets demanding climate action. The School strike was quickly followed by the more activist inspired Extinction Rebellion protests, which led to lots of arrests.

The demands of the school protesters were threefold; namely, that there be no new coal, oil or gas projects; that there be 100 per cent renewable energy generation and exports by 2030; and lastly, that there be funding for “a just transition and job creation for all fossil fuel industry workers and communities”.

Achieving these ideals may seem unrealistic, especially in Australia where we find we are falling further and further behind in adequately addressing the issue. Prime Minister Morrison’s response to all this has been to say: “I don’t want our children to have anxieties about these issues”. Shame on him, for of course our young people are being affected by his government’s denialism and do-little approach to the greatest ever threat to humanity.

Finding a way forward is possible and increasingly economist are seeing that carbon taxes can provide the answers. A recent report by the International Monetary Fund (IMF) says the world needs a massive carbon tax to be in place in the next ten years. The average level of carbon tax today is around $2 per ton. The IMF report says that a global tax of $US75 per ton by the year 2030 could limit the planet’s warming to 2 degrees Celsius or roughly double what it is now. A global agreement to make fossil fuel burning more expensive is urgent and the most efficient way of fighting climate change.

In Australia due to our heavy dependence on fossil fuels it is likely that carbon taxes would need to be higher still. At a US75 a tonne carbon tax, it is estimated that it would lead to a 75 cent increase in electricity prices and a 15 per cent price increase in petrol.

Tony Abbott did the country a great disservice in destroying Labor’s carbon tax. Ever since its abolition our carbon emissions have been rising steadily. In its place we have the government’s climate solutions package, which is woefully inefficient and is failing to meet its objectives.

The point is governments have to collect tax. As the IMF report outlines the federal government would collect billions of dollars in extra revenue with a hefty carbon tax.

With such a tax windfall, it becomes possible then for what the school strikers called for, namely: “a just transition and job creation for all fossil fuel industry workers and communities”.

It also becomes possible for their other two demands to be met for rising carbon taxes will gradually lead to 100% renewables and an end to fossil fuel extractions. What is missing now is the necessary leadership and political will to take us there, so all power to our youth and those brave protesters who continue to make their stand.