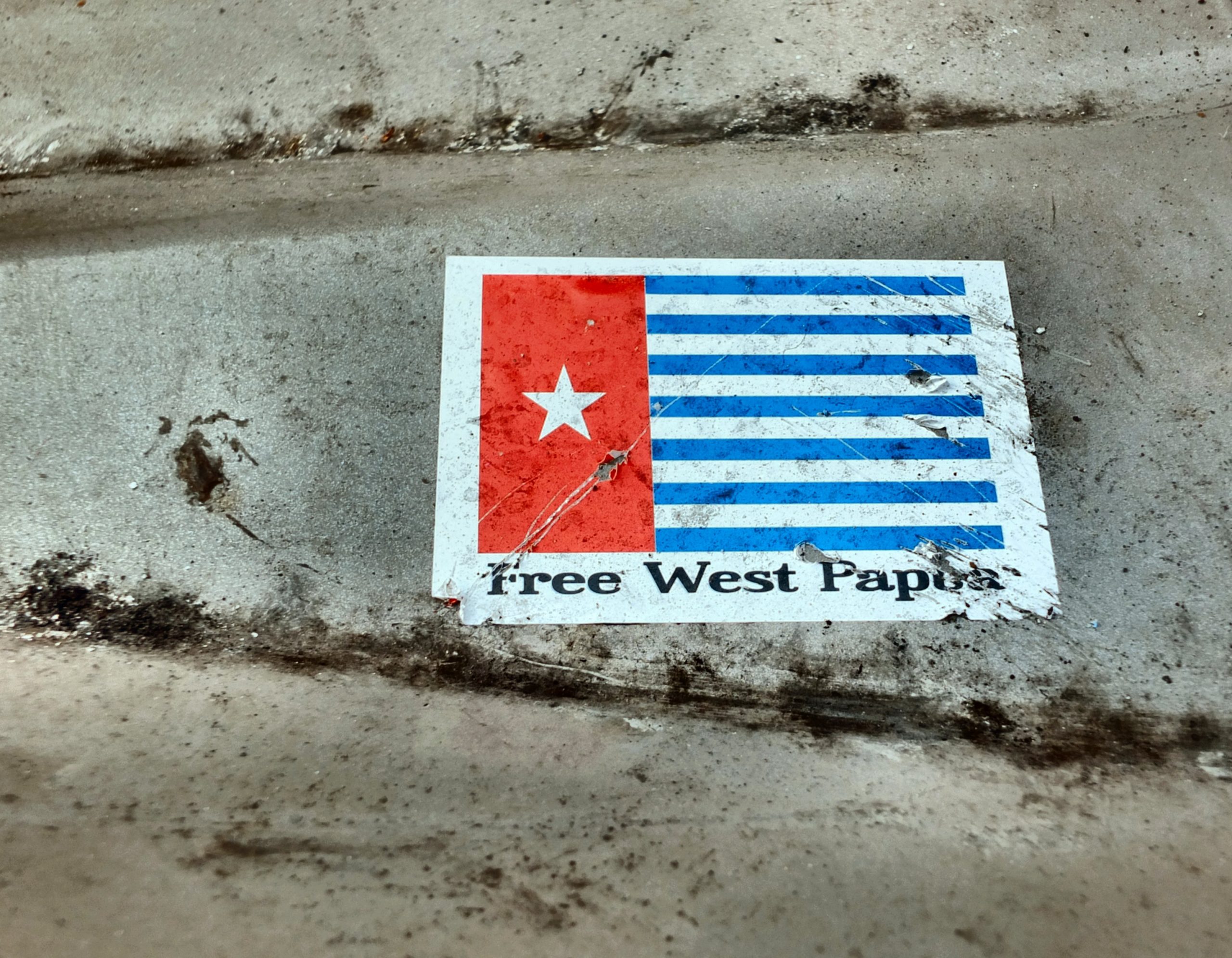 Not far from Australian shores, a colonial-type genocide prompts silence.  Commercial and military interests plus a preoccupation with a global virus ensures that colonisation continues, and human rights are ignored. Who cares?

On 1st December 2020, from his exiled home in the UK, Indigenous leader Benny Wenda announced a Papuan provisional government and insisted his people take over their territory and no longer bow to Indonesian rule.

Sixty years earlier in Jayapura, an elected Papuan Council raised their Morning Star flag. At the end of 2020, Wenda reminisced,

“We do not have the freedom to raise our flag; if we do, we’ll be killed or imprisoned… We are treated like animals and endure apartheid-like military occupation. Almost every day people are arrested without reason, tortured and killed at the hands of Indonesian forces.”

In frustration that decades of effort to achieve independence or autonomy had failed, Wenda recalls a history of colonisation beginning in 1962 when Netherlands New Guinea was transferred to Indonesia. That possession was compounded in the 1969 Act of Free Choice when the Indonesian military selected 1,025 men and women to vote for the integration of West Papua into Indonesia.

As a warning that Indonesian takeover would be enforced, the Brigadier in charge of the ‘free choice’ vote, threatened anyone who did not vote for integration “would have their accursed tongues cut out”.

In response to Wenda’s 2020 declaration, the Indonesian government says that anyone attempting to separate themselves from Indonesia will be met with ‘firm actions’, including mass arrests.

‘Firm actions’ is an understatement disguising a history of abuse. A citizens’ tribunal held in Sydney in 1998 reported on hundreds of Papuans murdered on Biak Island. This violence used to suppress any signs of pro-independence activities has been documented in a report from the Centre for Peace and Conflict Studies at Sydney University, ‘Anatomy of an Occupation: the Indonesian Military in West Papua.’

Amnesty International and Human Rights Watch confirmed the Sydney findings, as did researchers at Griffith University who concluded that in the previous 50 years, the killing of half a million West Papuans amounted to “a slow-moving genocide”.

The veracity of this prisoner’s account is perhaps confirmed by the state launching into its usual technique of denying the cruelties occur so they may continue. In a holier than thou, pure as the driven snow stance, the Indonesian Embassy in the UK says, “We categorically reject allegations concerning genocide. Despite evidence that West Papuans’ rights to freedom of speech and assembly are suppressed, Jakarta insists that promotion and protection of human rights remain an important feature of Indonesian government.

The Indonesian government perceived East Timor as only a pebble in a shoe which they could afford to lose, but West Papua is one-fifth of the Indonesian landmass and one of the richest provinces.

Colonial Edge is my poetic tribute to the brave West Papuan freedom fighter, the late Dr John Otto Ondawame. It pictures why corporations feed greedily from his country’s natural resources.

Other features of Colonisation

Racist stigmatising of Indigenous peoples also explains non-remorseful exploitation of land and people. In 1969, President Suharto proposed to transfer 200,000 children of ‘backward and primitive Papuans still living in the stone age’ to Indonesia for education. From nationalist Indonesian perspectives and apparently in the minds of soldiers facing threats from the West Papuan OPM forces (Organisasi Papua Merdeka), local people can be removed, tortured, and killed.

Colonisation by fear is also pursued by flooding an invaded country with people of different ethnic background and religion. In the 1970s, Indigenous Papuans represented more than 90 per cent of the population but are now under 50 per cent. Motivated by jobs in palm oil development and the logging industry, Javanese migrants are Asian and Muslim, Indigenous Papuans Melanesian and predominantly Christian.

Islamisation of West Papua has become a variant of the colonisation virus. Research reports record the trafficking of West Papuan children to hardline Islamic schools in Jakarta, and locals express alarm about the presence of radicalised Muslim organisations such as Hizb ut-Tahir.

Consistent with the policy of all colonisers, Indonesia claims that economic development brings economic prosperity, but major developments such as the Trans-Papua Highway have cut through significant areas of land and biodiversity. They also destroy villages and forests, a source of Indigenous peoples’ livelihoods.

Answering the Who Cares Question

In answer to the who cares question, Australia and Papua New Guinea walk a tightrope between, at one end, respect for the Melanesians of West Papua, and at the other, a need to effect alliances with Indonesia.

Peter O’Neill, the former Prime Minister of Papua New Guinea, supported Indonesian sovereignty over West Papua but recognised political risks if he failed to say anything about human rights violations.

Australia ducks and weaves as though wanting to appear principled without challenging Indonesian sovereignty or emphasising West Papuans’ rights to self-determination. In 2006, in recognition of Indonesia’s importance to its own security interests, Australia signed the Lombok Treaty to respect Indonesian sovereignty and not support separatist movements.

Behind the shadow of Covid-19, and aware that information would fuel West Papuan protests and international criticism, the Indonesian government cuts the internet, forbids foreign journalists, and refuses to allow any investigation by the UN Human Rights Commission.

Instead of principled reaction to evidence of carnage in West Papua, inhumanity is being taken for granted; and in his poem When Evil-Doing Comes Like Falling Rain, the poet-playwright Bertolt Brecht explained indifference to such atrocities.

The virus of racist-based colonisation persists and needs a vaccine, such as a language for humanity, to ensure only respectful, life-enhancing alliances with Indigenous people. In such language, Australia can respond to Benny Wenda’s judgment, “In West Papua, the whole essence of our humanity is being reduced to nothing.”

A post-Covid world should promote value in far more than West Papuan gold and gas. An Indigenous people who have shown courage in resisting brutalities could teach others of their Melanesian traditions in ending conflicts through reconciliation.

In respect for a common humanity, it is not too late for the Australian and Indonesian government to acknowledge the violence of colonisation and to concede that a socially just future depends on adherence to the rights of self-determination for all Indigenous peoples, in particular West Papuans.