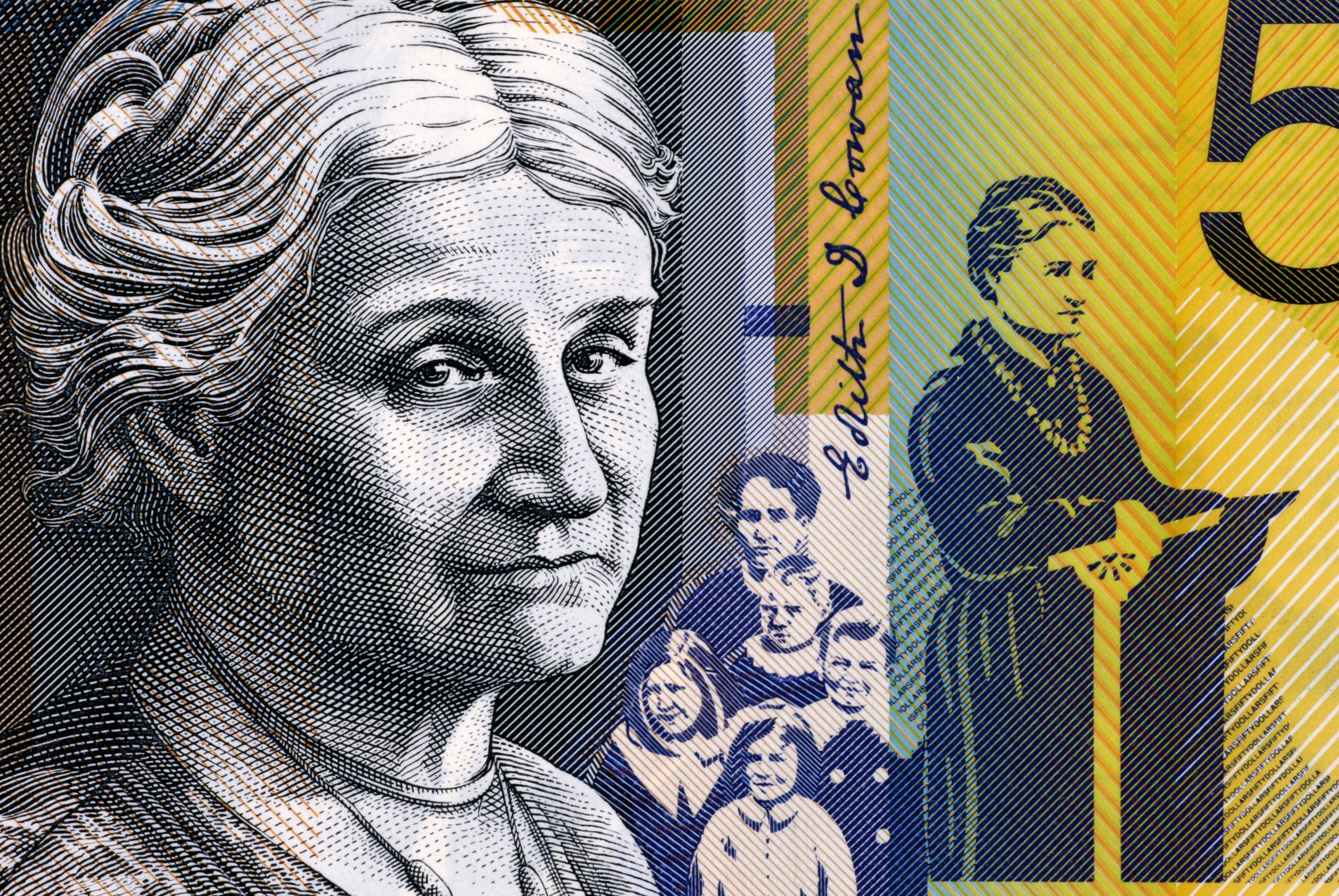 One century ago a brave woman withstood negative community attitudes and sexist ridicule to become – at the age of 59 - the first woman parliamentarian in Australia and the second in the western world following on after American Nancy Astor in the UK.

Someone who crashed through this glass ceiling would obviously be an extraordinary person. Edith's early experiences may have set her apart and she was possibly accustomed to feeling singled out and verbally attacked. As a seven-year-old she was cared for by relatives after her mother died and then at 15, while at a Perth girl’s boarding school, her father was hanged for the shooting murder of her stepmother.

Edith married at seventeen and was mother to five children. She was a quiet yet spirited woman who followed the cases heard by her husband James, a local magistrate, and she worked tirelessly to protect the vulnerable in society suffering from poverty, stigma and lack of social support.

As I write about a defender of women, I am aware of a discussion on the ABC TV program The Drum focussed on childcare for working mothers and the financial disadvantage (including superannuation) for retired women. The fight goes on as one hundred years ago Edith was fighting for these same changes. She was impressively progressive, championing safe childcare for working women and for women supporting children alone whose husbands were incarcerated or absent for other reasons.

She fought for maternity hospitals without marital status discrimination (no titles above their bed). Edith and her very supportive husband provided food and other welfare support for destitute families in Perth and Fremantle. Edith focused on the establishment of welfare pensions rather than charity, proclaiming that all people have a right to food and shelter. These social reforms motivated Edith to enter the Western Australian parliament.

Edith was not a sole campaigner - she was encouraged and supported by women in the Perth Karrakatta Club. The members read the latest research regarding issues affecting women including innovative thinking from overseas such as the Suffragist movement. They practised public speaking about social and welfare issues and Edith, who was apparently a retiring woman, was encouraged to become the president and grew in confidence as she spoke with passion to the other club members.

In 1899 Western Australian women discovered the power of united effort: The Karrakatta Club and the Women’s Christian Temperance Union amalgamated to form the Women's Suffrage League and by August the same year WA women could vote. Regrettably it would be another 22 years before women could stand for election for the WA parliament.

This win for women’s suffrage followed other Australian colonies, beginning with South Australia who in 1894 followed New Zealand's lead the previous year to grant women the vote. South Australia would lead the world with legislation supporting women to stand for election, however SA women were not voted into parliament for many years – following after WA, NSW and Queensland.

Sadly, these gains for women’s right to stand for election did not include Indigenous women. On a positive note however, and despite heated opposition, an historic first would be celebrated when 81 Indigenous men and women voted in the colony of South Australia's 1896 election. But it wasn’t until 1965 that all Australia's First Nations People in every state and territory could vote.

Western Australia finally passed a bill to allow women to stand for parliament and the following year – 1921 (100 years ago) – Edith made history by opposing the WA Attorney General who stated “electing a woman was absurd” and won the seat of West Perth for the forerunner of the Liberal party, the Nationalist party.  Regrettably, three years later pre-selection was denied, a common experience for women, and she was forced to retire from parliament.

What a ground breaker Edith Cowan was during her time as Australia's first female parliamentarian and throughout her later public life. She achieved a lot of progress for women, arguing for a housewives' union, for childcare for working mothers and sex education in schools. She moved a successful private member's bill to allow women to enter the legal profession, was one of the first female Justices of the Peace, one of the first women appointed to the bench of the Children's Court and a founding member of the Red Cross. What a career.

Her work as a parliamentarian, as a public speaker, social worker, humanitarian and lobbyist sets Edith as a strong woman in our history – an inspirational feminist who knew no boundaries, her place and achievements recognised as one of the faces on our $50 note, the Cowan federal electorate named after her in 1984.

The precedent set by Edith did not open the flood gates to women entering parliament as many feared! The trickle-down effect saw two more women enter state parliaments in the 1920s: NSW Millicent Preston Stanley in 1925 and in 1929 Queensland Irene Longman who was quoted as saying “I feel I am a crusader in the cause of women”.

It took another 41 long years for the first women - Dame Dorothy Tangney and Dame Edith Lyons (mother of twelve children and wife of former Prime Minister Joe Lyons) to be elected to Federal parliament. This was regrettably the longest period between eligibility to stand and the election of a woman of any national parliament of a western democracy.

The United Nations stated that a minimum of one third of women is recommended to give a decision-making influence in government. To this day Australia has seldom tipped over 30 per cent. It was to be another 67 years before Julia Gillard became our first female Prime Minister.

Australian feminists have built on the heroic advances made by women such as Edith Cowan and I muse on her reaction to the complications of modern technology. But Edith may well see with dismay the situation of women and suffering on the ground. Women and children still suffer discrimination and violence.

On average, one Australian woman is killed every nine days by domestic violence; women struggle to find adequate accommodation and women over 50 are homeless in increasing numbers; Indigenous incarceration and deaths in custody numbers continue to horrify.

Gillard and Cowan were very different women but both were undeniably brave and forthright as they paved the way for their successors. Both suffered taunting and ridicule from the men in power but both were also supported by forward thinking Australians.

She observed that “It's all well and good to have a woman in the top job, but that is not substitute for widespread and lasting change across our system of government. We have 15 houses of parliament in this nation, along with 565 local councils. The time is coming, if it hasn't already arrived, when anything less than 50 per cent representation will be unacceptable.”

Edith Cowan's inaugural speech to the WA parliament concluded that “What we should aim at is to get a via media, so that we may work side by side; the women working along with the men, and thus there will come to us self-knowledge, self-reverence and self-control, for these three alone lead … to the achievement of those aims which should be sought by all parliaments—the peace and happiness of those for whom they legislate.”