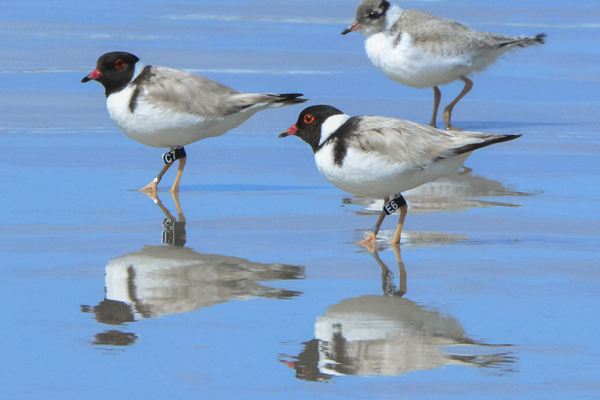 Giving a Dam About Extinction

A recent Guardian Australia article (March, 2019) reported that Australia has the highest rate of mammal extinction in the world, and more than 500 animal species are currently at risk of extinction. This number is increasing, and is also likely to be an underestimate of how many are actually vulnerable.

In recent Senate estimates hearings, the Federal Environment Department said that it doesn’t have data on the total number of conservation plans and recovery plans being implemented. In response to this, Tony Burke, Labor’s spokesperson on the Environment at the time observed that this, “reinforces the need for new environmental laws.”

The particular focus here is how current environmental laws fail to provide anything like adequate protection. The case studies represent local exemplar of the management and protection of threatened species. They’re intended to serve as brief field study perspective for the recommendations that follow.

A view from the field

The critically endangered Regent Honeyeater
The Regent Honeyeater (Anthochaera phrygia) is close to extinction. The world population is no more than 400 individuals. In Australia, there are only small pockets of known breeding habitat left and these are primarily temperate woodland and open forest of the inland slopes of south east Australia. The species is critically endangered and habitat loss is the central determinant.

The Burragorang Valley is a heritage-listed valley in a remote part of the Blue Mountains west of Sydney. In 2017 it was found to support more than 20 Regent Honeyeaters. This included at least seven breeding pairs.

Whilst the species has been recorded in the Burragorang Valley over the past couple of decades, sometimes in flocks of up to 50 birds, this is the first breeding event recorded in this location. Finding the Regent Honeyeater breeding here was very significant, and it is now one of few known breeding sites of this species.

The NSW State Government however, proposes to increase the capacity of the Warragamba Dam by raising the dam wall by some 14metres, and this would flood 4,700 hectares of the Burragorang Valley and National Parks World Heritage-listed area in the Blue Mountains.

The proposal is said to be necessary flood mitigation in order to protect the 130,000 residents living on the Hawkesbury-Nepean floodplain. Opponents of the proposal believe the government plan is simply a sop to developers, the devastation wrought on natural and cultural heritage is too great, and that much better mitigation would be, not to build and develop land in this way, on floodplains https://www.giveadam.org.au

Regent Honeyeater habitat would be destroyed, if this NSW State Government plan to increase the capacity of the Warragamba Dam goes ahead.

The Hooded Plover (Thinornis rubricollis) is protected under NSW threatened species laws, the Biodiversity Conservation Act 2017, as critically endangered. It is also listed under the federal Environmental Protection and Biodiversity Conservation Act 1999 (EPBC Act), as ‘vulnerable’. It is one of the most threatened bird species in NSW. There are now less than 50 Hooded Plover and 14 breeding pairs remaining on the NSW south coast.
The Hooded Plover are beach nesting birds that make well camouflaged nests on our beaches during Spring and Summer when beachgoers are present in large numbers. The beach represents critical habitat for this most endangered species.

Off leash dogs pose a major and demonstrated threat to beach nesting birds and there is overwhelming evidence of their impact. This can be in the form of lethal disturbance to breeding Hooded Plovers, predation of the flightless chicks and crushing of the eggs.

The impact of a seemingly benign local government decision to regulate a beach for recreational purposes, as a dog off-leash area, where it is critical habitat of an endangered shorebird, is particularly significant. This occurred recently on Cudmirrah Beach in the Shoalhaven City Council.

Among other things these case studies highlight the centrality of critical habitat. The Regent Honeyeater and the Hooded Plover in NSW are both endangered through either loss of habitat or nesting habitat that is highly pressured. The latter is due to population increase and recreation, and increased threat of storm surges and inundation from sea level rise.

The case studies highlight, that without a strong focus of legislation on protecting and sustaining natural systems, the identification of endangered species may become principally an exercise in just that, species identification and listing, where the species and its survival is not effectively understood as a problem of species habitat and natural systems.

As mentioned, both the Hooded Plover and the Regent Honeyeater are protected under threatened species laws in NSW and also federally. In reality, however, these listings and the apparent protections they provide, permit little confidence that when habitat is threatened and therefore the survival of such vulnerable species themselves is challenged, legislative support is available.

Indeed, we know that under the Environmental Protection and Biodiversity Conservation Act (EPBC Act), that there are only five places listed on the register of critical habitat to protect threatened species. This surely highlights an extraordinary shortcoming of the Act. This is only further underscored when one realises that the penalty provisions of the register only apply to Commonwealth land. National environmental law provides no effective protection of critical habitat beyond the boundaries of Commonwealth territory.

A single regulative or policy change by state or local government can have major impacts on a threatened species. This is no better demonstrated than in the case of Shoalhaven Council’s resolution to render critical beach nesting habitat a dog off leash recreational area, when all the available evidence indicates that off leash dogs pose a lethal threat.

The protection achieved was reactive and tentative, and largely driven by volunteers on the ground campaigning to protect a species that is near extinction in NSW. The successful rescission of the Council’s ‘off-leash’ regulation was by no means assured. Even though the Hooded Plover is listed as ‘vulnerable’ under federal legislation, precisely how this may have supported the significant threat to its habitat was, and remains quite unclear.

It appears the legislative protection afforded by the federal Environmental Protection and Biodiversity Conservation Act relies on a form of co-operative federalism, that itself is not reliable. Too often the line of responsibility for stemming the tide of fauna decline and environmental loss is unclear. The level of government that can act responsibly, that is, be responsive when protections need to be invoked is simply obscure, uncertain and ultimately somewhat incomprehensible.

The strong focus on the conditions for approval or rejection of a development or a regulation or policy change by a particular level of government, for example to log or plant a forest or to permit greater recreational access, sometimes appears to come at the expense of a strong framework for an accountable and proactive protection and management of the natural systems that any endangered species depend on.
The need for strong accountable proactive protection and management is evidenced by the case studies provided here, and of course countless others.

At the time the EPBC Act came into being, there was a broadly held view that it was hardly adequate to the task of environmental protection. That was nearly twenty years ago and the rate of environmental decline, habitat loss and waning of our fauna and flora has continued apace.

In addition, we should count in this tide of extinction and decline in our environment, the challenges already being experienced due to global warming, the resultant sea level rise and climate breakdown.

The problems and shortcomings of federal environmental protections identified here through the cases illustrated, suggest the need for an independent national Environmental Protection Authority. The Australian Labor Party and the Australian Greens took a policy recommending such an authority to the last federal election in May 2019.

At the very least the following recommendations for improving the protections provided to endangered species seem essential:

The loss of critical habitat highlights the need for a management approach, which places greater priority on protection of natural systems and the habitat of species that are listed as endangered.

There needs to be a stronger national framework for protection that is responsive, collaborative and proactive. A test (just one) of legislative effectiveness and efficiency here, might well be, how successfully those ‘on the ground’ such as field workers and volunteers in threatened species conservation work, understand and recognise in their experience, the support provided by the laws.

Any legislative change should ensure there is Federal leadership in the management of Australia’s environment and specifically in the management and response to endangered species protection. This would give the Federal minister responsibility for improving the state of our environment, and ensure the Minister had the powers to do this.

The concept of threats to “matters of national environmental significance” (MNES), upon which the Federal government relies in order to take action, is by its very nature, reactive. The Federal government needs to be proactive in managing natural systems that underpin the breeding success and survival rates of endangered species, including the Hooded Plover and Regent Honeyeater case studied here.

As scientists writing on Australia’s extinction problem recently observed in The Conversation; “We need nature. It gives us inspiration, health, resources, life. But we are losing it. Extinction is the most acute and irreversible manifestation of this loss.”

I would add that the sooner we regain a personal and empathic experience of species loss, the more likely we are to be responsive to their decline and loss. This highlights our need for a cultural reconnection with nature, and development of a new respectful stewardship as members of the natural world, not as outsiders with some extra natural perspective on life.

The findings of the Senate Inquiry into faunal extinction that is currently sitting, represents an important opportunity for the national parliament to recommend a restructure of federal environmental law and ensure that we stem and ‘turn around’ the extraordinary diminution of species and their loss, to which we now bear witness.

The evidence here seems overwhelming. We need strong national environmental laws that provide clear, proactive and systemic based, not just species focussed, national management and leadership in these issues, urgently. For many species it is already too late, and for others it soon will be.

Beyond our international obligations under the United Nations Convention on Biological Diversity, we owe nothing less to the natural heritage of which we are custodian, and also an integral part. We owe it to the natural world that makes life possible and to future generations who will inherit the world we choose to leave them.