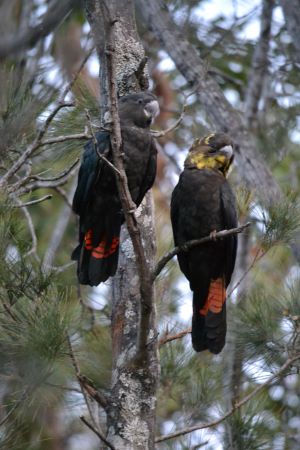 The National Trust of Australia (NSW) has listed the controversial Manyana Beach Estate as an area of significant natural heritage value.

Manyana Matters Environmental Association (MMEA) spokesperson Jorj Lowrey says: “The listing is a major breakthrough in the fight to stop the development from going ahead. It reframes the perspective on this bushland and vindicates our campaign to save it.”

Graham Quint, Director of Conservation for the Trust wrote: “Listing on the Trust Register is recognised as an authoritative statement of the heritage significance of an area site, item or building, and, by listing such items on the Register, the Trust hopes to advise the public of the value of Australia’s national heritage.”

The National Trust, which has named the site the Manyana Landscape Conservation Area, pointed to its biodiversity and significance to the local community in the aftermath of the Currowan mega-fire as key reasons for the listing.

Decisions such as this are not commonly made by the National Trust, validating the severe degrading of forests and wildlife in NSW and the need to protect what is left. The recent widescale decimation of the catastrophic bushfires left important refuges that now need to be permanently protected.

“[It] has scientific and nature conservation significance as a rare surviving wildlife corridor and habitat for endangered species. The area has high aesthetic significance for the local community particularly as so much of the adjoining bushland has been severely burnt,” the National Trust wrote on its listing.

The listing comes after surveys conducted by local researchers found evidence of several threatened species in and around the site. This includes the Dusky Antechinus, Glossy Black Cockatoo and Gang-Gang Cockatoo, all of which have recently been added to the Federal Government’s priority list for urgent management intervention in the wake of last summer’s bushfires.

Ecologist and resident Brendan Ryan said these recent sightings highlight the inadequacy of the ecological report submitted by developer Ozy Homes to the Federal Environment Minister last week as part of their referral.

“It’s woefully inadequate. It only assesses seven out of a potential 51 species that are listed on the Environmental Protection and Biodiversity Conservation (EPBC) Act, and there is no mention of threatened ecological communities. It is not a serious attempt to evaluate the ecological impact of this project after the catastrophic fires that decimated the Conjola National Park and surrounds,” Mr Ryan says.

The proposed development and its effect on federally listed species are currently being reviewed by the Federal Environment Minister.

“There’s so much at stake for conservation dependent plant and animal species. I urge the Minister to call this project in as a controlled action in order for the cumulative impacts to be properly assessed after the devastating fires,” Mr Ryan says.

The National Trust listing gives the community renewed hope reaffirming the high conservational value of the biodiversity in the area. The listing now provides the framework for the Minister for Environment to view the development. The community is after a “controlled action”, which would mean the whole project would be thoroughly reassessed, remembering that the last environmental reports were made in 2006.

NSW Premier Gladys Berejiklian was in the media only days ago saying that she wants to be the premier that saves the koalas, extinction so close for this vulnerable species. Perfect timing really as local ecologists and wildlife groups are aware of koala populations on the south coast, however, the level of survey in the area to discover the population numbers, density and distribution have never been undertaken.

Perhaps the National Trusts intention was to open up another level of scrutiny given our current dire national biodiversity situation, but key in the decision was that over 95 per cent of the land and forest surrounding the Manyana beach estate development site was burnt for at least 5km around.

“That anyone assessing ecological matters could suggest that removing up to an additional 18 hectares of forest won’t be significant for wildlife beggar’s belief,” Mr Ryan adds. “If we can protect against local extinctions following the bushfires, we need to do everything we can to prevent that, and so should the government.”

The ruling by National Trust does not, however, hold any legal ramifications across planning and development instrumentations, but it does give the land a new level of value and perception. It is hoped that federal funding will now be allocated to allow additional wildlife surveys in the area that will support better-planning decisions to be made in the future.

Manyana may be a small community, the last census showing a population of just 521, but it is a strong community full of the good old-fashioned rural Aussie community spirit where everyone looks after each other. It is currently a deeply wounded community with the scars of the summer fires still fresh, and the fight so raw that it keeps many awake at night.

“We need to stop destroying and properly protect our forests and wildlife,” said Ms Lowrey this morning. “We are determined. We are going to win this. And this is going to set the example for how these backyard battles can be won in the future for the benefit for everyone.”

Public submissions on the project’s impact can be emailed to epbc.comments@environment.gov.au by 7 July with ref 2020/8704.

Manyana Matters Environmental Association (MEAA) Inc and New Bush Telegraph acknowledge that the prospect of this land being cleared is having a profound impact on the mental health of people within our community and beyond. We encourage those experiencing distress to reach out to Beyond Blue on 1300 22 46 36 or LifeLine on 13 11 14 for support.