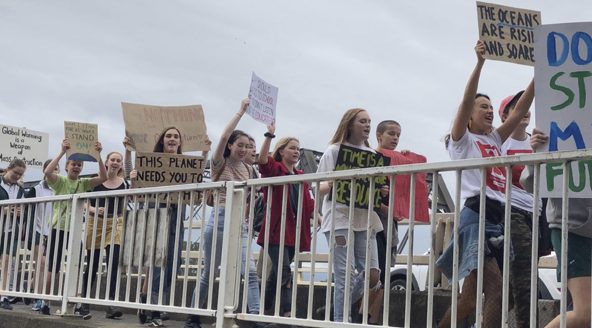 Strike for the Climate

No one says it better than Greta Thunberg – I want you to act as if our house is on fire. Because it is.

Yet our politicians refuse to stop massive new fossil fuel projects like Adani’s coal mine, oil drilling in the Bight and gas fracking in the Northern Territory and Western Australia. Nor are they doing the vital work to provide a fair transition for communities and workers to move beyond fossil fuels.

To make matters worse, Australia just elected a Government that wants to open the floodgates to new coal, oil and gas projects that contribute to dangerous climate impacts, at the very time when the science demands rapid action to turn this crisis around.

With the world leaders meeting in New York for the UN Emergency Climate Summit on September 23rd, big rallies are being held across the globe calling for action and climate justice.

The next Global Climate Strike will be on Friday 20th September just three days before the summit. This time the school strikers are calling not just for their fellow students and parents to stand with them, but the entire community. Like a union strike, when we stand together demanding better work conditions or better pay; students are asking everyday Australians and workers, to take the day off, or swap a shift, and join them in this important strike that affects every single one of us.

Jarrah Carlile student organiser, is optimistic about the Nowra September 20 event “The global strike on March 15 saw 1.6 million students and their supporters strike across the world. We’re going to take our movement to the next level. If you’re an adult, please take the day off and invite your friends, workmates and families to join us,” he said.

A global climate strike will take place in Nowra on Friday September 20th at Harry Sawkins Park, Nowra, 10am to 12pm. Everyone should join them if they can.