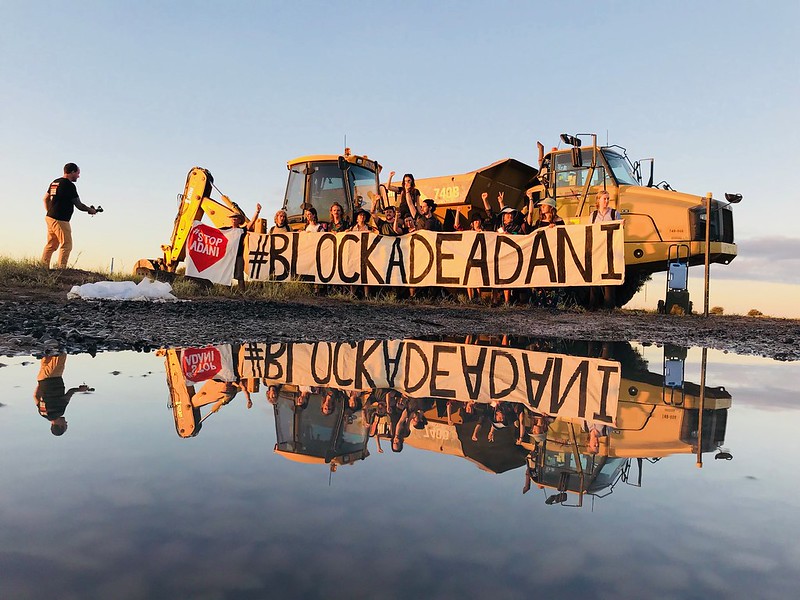 Adani's toxic touch - going from bad to worse, and all with Australia's blessing

Why is Australia’s Future Fund making investments that aren’t in the national interest; enabling mining interests and breaching human rights into the bargain? Just one more messy dealing tangled up in Adani.

On Wednesday it came to light that the same Future Fund has invested $3.2million of Australian public money in the company Adani Ports. The information was revealed under documents requested by the Australian Centre for International Justice under a freedom of information request and shared with the ABC.

Adani Ports and Special Economic Zones, an Adani owned company, is to provide funding for the proposed rail link from Adani’s Carmichael coal mine to a port at the Great Barrier Reef. Such a rail link will be crucial in enabling coal to be exported if the development of the Carmichael coal mine continues to go ahead.

How exactly investing in a company directly involved in funding such a rail link, and whose parent company is building the most controversial coal mine in Australia’s history is “investing in the benefit of future generations of Australia” is highly questionable.

It is well-established science that the world needs an urgent transition away from coal and all fossil fuels to prevent catastrophic climate change. The Climate Council’s 2017 report “Risky Business: Health, Climate and Economic Risks of the Carmichael Coalmine” reports over 90 per cent of Australia’s coal reserves must remain in the ground, clearly precluding the burning of all Galilee Basin coal.

Enabling the Carmichael mine through any investment of public money is far from benefiting future generations, on the contrary, it condemns them to a future of extreme weather, sea-level rise and the global health and economic crisis that is climate change.

But it is not only the environmental records of Adani Ports that are dodgy. The revelation of the Future Fund’s involvement with Adani Ports has also brought into the spotlight Adani Port’s relationship with Myanmar military companies, an involvement previously criticised by the UN. The Australian Centre for International Justice is now calling for the Future Fund to divest from Adani Ports, due to Myanmar Military involvement in human rights abuses against the Rohingya people.

The Future Fund reports on its website to incorporate environmental, social and governance (ESG) factors into its investment decision making. Among those ESG factors are listed human rights and climate change. What is more, any fund investing public money in the name of future generations should do so ethically and responsibly both in Australia and globally.

With Adani Ports’ track record on both the environment and human rights, it is clear that providing funds to such a company is both in conflict with the Future Fund’s own standards and with investing in the future of generations to come.

The Future Fund must divest from Adani Ports and end the risk of taxpayer money links to Myanmar military crimes and Adani’s toxic coal project. Any investment in any Adani company is supporting the Carmichael coal mine. Join the Market Forces action and ask investors such as Allianz, HSBC and many others, to be serious about not supporting climate-wrecking coal projects.