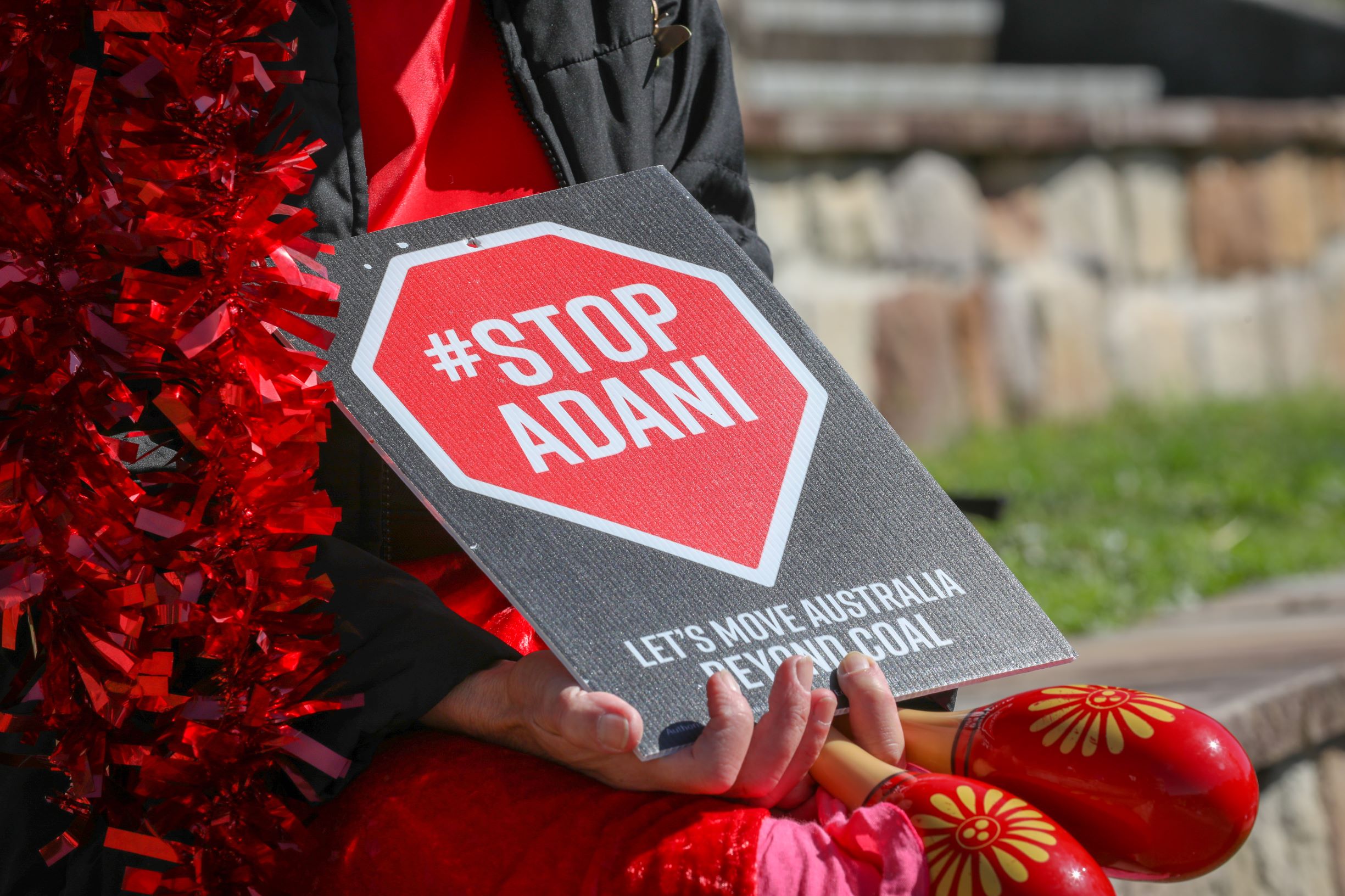 Adani Attacks on Activists – Desperate Moves by a Desperate Company

Corporate campaigning has been central in the Stop Adani movement. From finance to insurance to construction, Adani relies on contractors to get its mine up and running. Thus, pressuring contractors to pull-out of the climate-wrecking project has been a key campaign strategy to date.

According to Market Forces, the number of companies that have refused to work with Adani now stands at over 85. This is the result of sustained campaigning from the Stop Adani movement. The strength of the Stop Adani movement, in turn, shows how strongly people feel that for the sake of our future, the Adani Carmichael Coal Mine must not go ahead.

The success of corporate campaigning and the strength of the Stop Adani movement is no secret to Adani. It has continued to stall their progress and played a crucial role in delaying the mine’s development.

Adani has targeted prominent Stop Adani activist Ben Pennings following sustained and successful campaigning by Galilee Blockade in pressuring key contractors into abandoning involvement in the project. However, the Supreme Court proceedings due to start today have now been adjourned until 23rd February.

Adani is suing Pennings with a lawsuit known as a SLAPP- Strategic Lawsuit Against Public Participation. Pennings spoke of the massive cost such a case would involve, potentially leading to bankruptcy and forcing him to sell his house. As reported in an article by Guardian Australia last September, the lawsuit is for alleged “conspiracy, intimidation and breach of confidence.” Adani has since carried out a bit of intimidation itself, engaging a private investigator to spy on Pennings and his family.

Adani claims they are suffering damages as a direct result of their claims against Ben Pennings. If these claims are correct, there will be thousands of people pleading guilty including many across the South Coast.

A summary of Adani’s claims follows:

It is now over ten years since the Adani Coal Mine was first proposed in 2010. As we enter 2021, the Stop Adani movement has never been more powerful. Adani has not dug one piece of coal from any part of the Galilee Basin - testament to people power and community activism.

Adani’s pursuit of Ben Pennings shows just how aware they are of our powerful movement and how desperate they have become. But they cannot silence an entire movement.

You can chip in to support Ben Penning’s legal campaign. You can also take action to help pressure Adani’s remaining contractors to rule out working with Adani by visiting Market Forces website and the Stop Adani website. www.stopadani.com/pressure_contractors