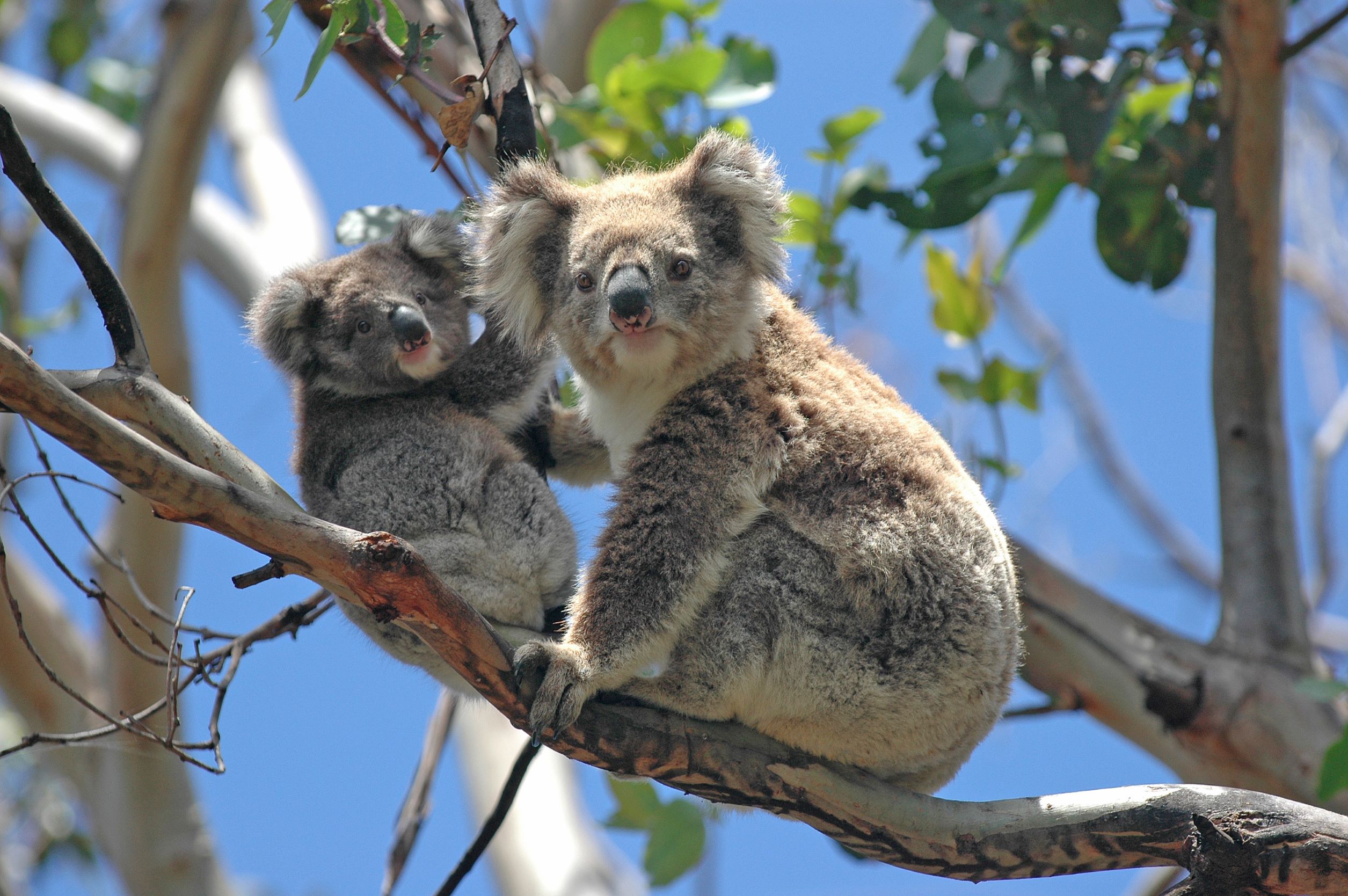 The first sightings of koalas in NSW by white settlers were just south of Campbelltown. Subsequently they were all but wiped out by the lucrative Koala pelt trade and only ‘rediscovered’ in the area in 1986.

Their return to the rural areas of Campbelltown appears to have been an accidental side effect of early 1970s planning controls designed to protect the scenic beauty and rural settings of the greater Campbelltown balancing the "growth needs with conservation of the special assets of history and landscape.”

The establishment of a minimum lot size of 100 ha for rural subdivisions and scenic protection zones helped to preserve the Cumberland Plain Woodland (CPW) and the Shale Sandstone Transition Forest (SSTF), which are home to the koalas’ most nutritious food trees. By way of example, the Department of Planning and Environment’s 2019 report, Conserving Koalas in the Wollondilly and Campbelltown Local Government Areas, identified seven koala preferred food trees in the region.

The South West Sydney koalas have also benefited from the close proximity of two major river systems - the Georges and the Nepean - accessible by habitat linkage areas or corridors, mostly on private rural landholdings.

The protected rural landscapes have enabled the koalas to disperse for breeding purposes and remain unusually free of the fertility impacting disease chlamydia, which has affected almost all other koala populations in NSW. Their numbers have steadily grown and are now estimated to be in the range of 600 to 1,000 koalas.

The local community has always been fiercely protective of the area’s koala habitat. In 1988, a protest action by the Macarthur Branch of the National Parks Association, supported by a union green ban, forced the withdrawal of a proposal for the rural residential subdivision of 26 four to 10 ha blocks in the Campbelltown suburb of Wedderburn. It was the first time the unions had used their leverage to protect animal habitat.

Unfortunately, the recent release of the updated version of the Cumberland Plain Conservation Plan (CPCP), a strategic land release document designed to facilitate the construction of 73,000 new homes on around 11,000 ha over the next 35 years, will undo most of the sensible planning controls put in place in the 1970s, and likely set the area’s koalas on a path to localised extinction.

Despite community outcry and the recent uplifting of the koalas’ threatened species status from vulnerable to endangered, the revised CPCP fails to incorporate most of the recommendations made in the Chief Scientist and Engineer’s Advice on the protection of the Campbelltown Koala population, April 2020, (CS&E Report), designed to avoid the “rapid declines in koala numbers” that, according to the Report, have been experienced in NSW and Queensland when areas have undergone conversions from agriculture to urban environments.

In fact, the CS&E Report was prepared to forecast that koala numbers in the region would remain stable or perhaps even improve if its preferred pathway - Pathway 4 - for habitat protection and other conservation measures were fully implemented.

Sadly, the CPCP does not adopt the Pathway 4 recommendations. It also fails to make strategic biodiversity certification of the CPCP conditional on securing adequate and upfront protection for the east-west koala habitat corridors, especially on the Lendlease Mount Gilead housing development.

The CS&E Report endorsed the Campbelltown City Council’s Koala Plan of Management requirement for three east-west koala habitat corridors on Mount Gilead with a recommended average width of 425 metres, noting that "Mount Gilead offers an easterly escape route, but also an efficient route to maintaining genetic connectivity with the other members of the Campbelltown koala population near the Georges River corridor (including in the proposed Georges River Koala Reserve)."

The Mount Gilead koala habitat corridors are outside the scope of the CPCP, and whilst the Plan assumes that at least one northern east-west corridor will be protected, neither Lendlease or the Government have made any firm commitments.

In fact, the CPCP recommends that the Nepean Creek corridor, which partly runs through Mount Gilead, be fenced off to prevent koala movements. The Woodhouse Creek corridor, which Lendlease has identified as its preferred corridor for Stage 2 of the development, will meander through the middle of a proposed massive housing estate and is not optimal in terms of the recommended average corridor width.

Clarity is also absent about whether the Menangle Creek/Noorumba Reserve koala habitat corridor on Mount Gilead will be properly protected despite the Campbelltown Council Local Planning Panel imposing a minimum width of 250 metres as one of the conditions of approval for a Development Application for Stage 1 of the Mount Gilead development. Lendlease says it's still waiting for Government confirmation that it is a functional koala habitat corridor.

In so many respects the final version of the CPCP is a depressing read. Whilst noting that connectivity of landscape in the Cumberland subregion is already fragmented with over 70 per cent of the land cleared, the revised CPCP acknowledges that the urban development and proposed transport corridors will have a direct impact on 1,753.6 hectares of native vegetation communities, including the critically endangered Cumberland Plain Woodland.

A core commitment of the CPCP is to secure in perpetuity through conservation land a minimum of 5,325 hectares of native vegetation. The Plan says that the target has been calculated to offset biodiversity impacts from development as required under legislation but that the resulting area of conservation land, either protected or established through the CPCP, will be much greater than this, “as we expect that more than double that amount of land may be required to meet the offset target for native vegetation.”

Nevertheless, in response to landholders’ concerns, protections for the 4,510 hectares of ‘avoided land’ in the revised CPCP have been weakened. Avoided land has been identified in the nominated areas for urban development because it's considered to have high biodiversity values. It includes 3,610 hectares of threatened ecological communities and some riparian corridors.

The CPCP states this land will be avoided from development through up-front strategic conservation planning, but it has dropped the original proposal to rezone the ‘avoided land’ as E2 Environmental Conservation. Instead, new planning controls are only designed to avoid and minimise impacts on the lands' biodiversity values from "intensive development".

The Government is still insisting that it's committed to ensuring koalas don’t go extinct in NSW before 2056, and, indeed, some aspects of the CPCP are positive.

The revised Plan has, for example, accepted the advice of the CS&E Report that koala corridors should be widened where feasible through revegetation to an average minimum width of 390 - 425m, including a buffer of 30m on either side.

The primary north-south habitat corridor along the Nepean River, which runs through Wilton and the Greater Macarthur region and along the back of the Mount Gilead estate, will also be better protected through the application of development controls on ‘avoided land’ and other strategic conservation measures.

Initial funding of $114 million over the first five years of the CPCP has been set aside to deliver priority conservation actions, which include a land purchase program to support the establishment of the Georges River Koala Reserve, the establishment and expansion of other reserves, restoration of koala habitat and the installation of Koala crossings and predator exclusion fencing.

But whilst the CPCP insists it provides a strong framework for addressing risks to the Koala, the Cumberland Plain Assessment Report admits that “given the long timeframes associated with implementation of the Plan, there is uncertainty about the ultimate effectiveness of these measures." It goes on to say that "it will be critical that the Plan’s monitoring, evaluation and adaptive management measures are effective in addressing this uncertainty.”

Whether the koalas can survive the anticipated timeframes for the implementation of the conservation measures is extremely doubtful.

Local koala carers have noticed a decline in the koala population around Airds near Campbelltown, likely because the Smiths Creek koala habitat corridor has been severed by a new Landcom housing estate, “Newbrook”.

Development is already proceeding on Stage 1 of the Mount Gilead estate even though the number and optimal width of the property’s koala habitat corridors hangs in the balance and no promised underpasses have been designed or built to secure a safe crossing for the koalas over busy Appin Road.

Rural land owned by the Walker Corporation in Appin has already been rezoned for residential redevelopment and the company says it's relying on the CPCP to deliver the required biodiversity offsets.

Hopefully, the Federal Government, which is now tasked with assessing and approving the CPCP under the Commonwealth Environment Protection and Biodiversity Conservation Act 1999, will force the state government to go back to the drawing board and look at more credible protections for the last remaining koala population of any significance in NSW.

Figure 1:  is a detail of the Biosis report that shows the corridor widths along the Nepean River. (Biosis 2021 p15). The CPCP Sub-PlanB:Koalas2022  still relies on the Biosis 2021 report (now called the CumberlandPlain Conservation Plan Functional Koala Corridors report), that clearly shows DPEs Primary Koala corridor will go nowhere near meeting even the minimum widths required (390 - 425m), they in fact get down to minimum widths of 175m. Chief Scientist Campbelltown Koala Responses.

Merrill Witt is a long term member of Save Sydney’s Koalas and former member of Better Planning Network’s Leadership Group.