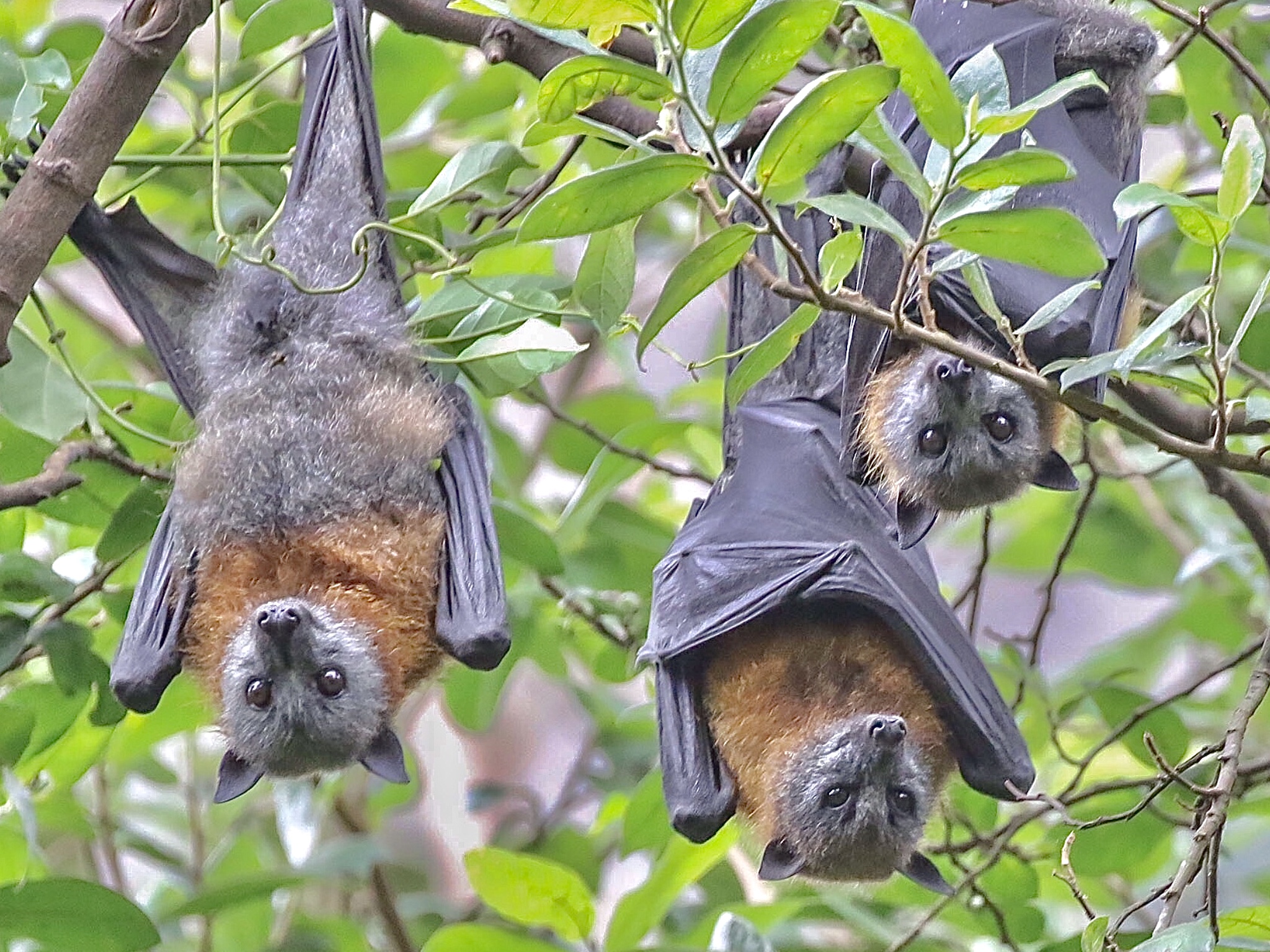 Bats Burning Up - A Crisis Unfolding Before Our Eyes

Every year in Australia heat records are broken and now it is official: 2020 was the world’s hottest year on record. Not great news for bats.

Countless numbers of our native fruit-bats burn up every summer, along with thousands of hectares of bushland. The heat stroke-ridden creatures fall to the ground in droves - literally thousands of bat corpses littering the ground in some areas.

Bats have very fast metabolisms, a requirement of being a mammal capable of sustained flight. Energy consumption generates heat and thus bats have a much higher ambient body temperature compared to other mammals. As our summer heatwaves have become more and more extreme, fruit-bats have increasingly found themselves in over forty degree heat and without adequate shelter, especially when their forest homes have been destroyed by fire.

Above forty-two degrees most fruit-bats are at risk but lactating females and newborns are particularly delicate. The female’s already active metabolism is at its peak having to produce milk so her temperature threshold is even more precarious.

In theory newborns should fare better despite their susceptibility to heat as mothers will deposit them in shadier parts of trees but these spots are finite. Eventually balls of infant bats coalesce and simply collapse under their own weight. The bats that don’t die on impact with the ground either suffocate or simply succumb to exposure to the sun.

Compounding the issue is that the adult females that do survive won’t bear more young until the next annual mating season, and they only ever have one at a time.

Fruit-bats, the Shoalhaven’s being the Grey-Headed Flying Fox, are essential to the ecosystems they inhabit. They are key pollinators, the sole pollinators of over one hundred species of native tree in fact. The extinction of fruit-bats would likely mean catastrophic consequences for rainforests.

Catastrophic consequences for habitat already threatened by deforestation, overdevelopment and bushfires along with other increasingly catastrophic weather events that is. And of course much of this flora is the habitat of fruit-bats. Sadly, climate change is no stranger to negative feedback loops.

But at a time when fruit-bats are facing this unprecedented risk their reputation and lack of public sympathy is in a pretty bad spot. Their aforementioned loss of habitat forces them into towns and cities in search of food and here they’ve garnered pretty negative reputations. They’re noisy, smelly in groups and already had an understandably poor reputation among, unsurprisingly, fruit farmers.

Then came COVID-19 (more accurately SARS-CoV-2). Though initially thought to have come from pangolins, it is now generally agreed within the scientific community that the virus was most likely spread by bats. This isn’t unprecedented as bats are notoriously good at spreading viruses. The combination of their tendency to live in large colonies, and their aforementioned metabolisms, make sure that they rarely actually die from viruses while living in conditions that allow them to effectively spread them.

This unfortunate trait has only hurt their precarious reputation further. Bats have become one of the de facto villains of the pandemic in certain circles.

Not all is lost, yet. Though not a replacement for tangible action on the climate crisis there are, even just in the Shoalhaven, several operations dedicated to rescuing bats and other fauna. Notably the Shoalhaven Bat Clinic is a specially designed, completely volunteer-run facility in Bomaderry unsurprisingly focused entirely on bats.

There’s also the Shoalhaven branch of Wildlife Rescue South Coast who, again, are a non-profit who rescue and care for any and all native fauna but are burdened with having to rescue and rehabilitate increasing numbers of orphaned fruit-bat newborns each summer. For now they have been exceptionally successful at this, but there will come a point where they will be overburdened or the birth rate will just not be able to keep up with the decreasing population from the loss of fertile females.

It’s not as if Australia hasn’t experienced 40 plus degree days before, and alas a certain amount of heat induced fruit-bat death is to be expected each summer; it’s part of the natural cycle. However, as is usually the case with climate change, nothing new is happening per se, normal things are just increasingly happening on colossal scales at utterly unsustainable rates.

Bats are ‘canaries in the coal mine’, except with the climate and ecological crisis there are multiple canaries. Bees are another; the list is long. Canaries don’t need litmus tests, they need serious, critical and prolonged action on climate change. The struggle is real and will continue.

It may seem a big call to halt the logging of our native forests, land clearing and urban sprawl; to stop mining and the burning of coal. But our canaries need a breather, especially fruit bats, and a bit of respect. Rainforests are too valuable to lose and we need fruit bats to keep them.

Nothing suffers more from extreme heat than the fruit-bat.

The New Bush Telegraph encourages anyone who loves to write - young or old - to contact us about making a submission. Our team works with you to structure and edit your article into a meaningful and worthwhile story.