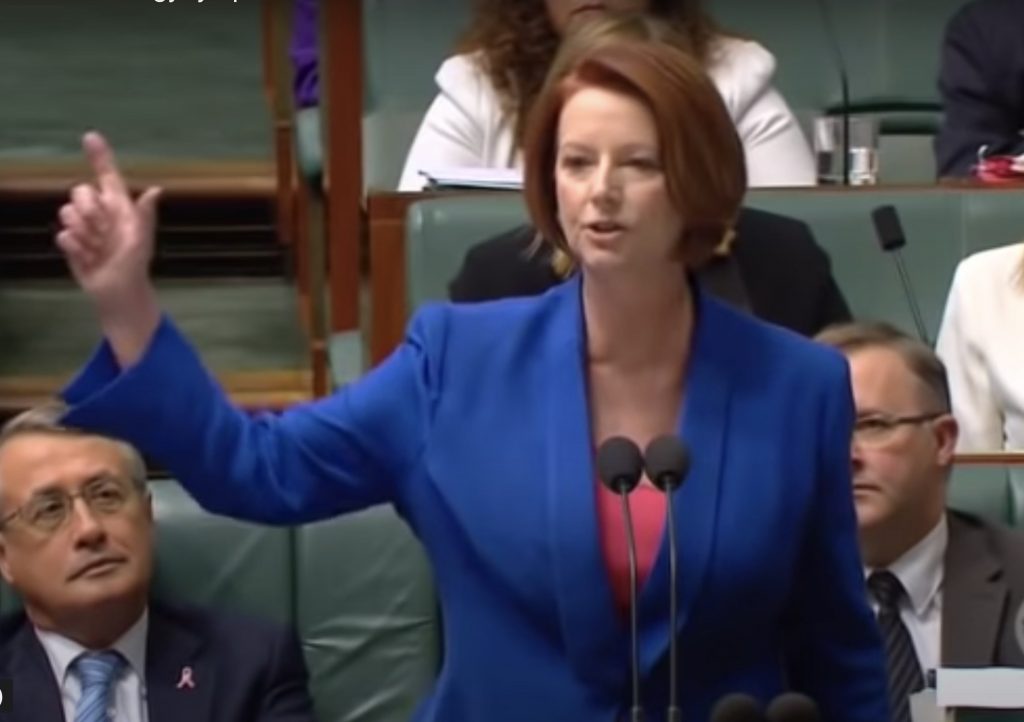 Cleaning up our parliament - greater women representation is the catalyst for political change.

Australian politics can be lively, aggressive, and at times, uncontrollably exuberant. Where larrikin members of Parliament, who somehow keep getting elected, thrive in the surroundings - and where, for too long, women have suffered in silence.

In 1902, Non-Indigenous women first won the right to run in federal elections. After 29 countries before us and forty years on, an Australian woman would first win a seat.

In 2019, Australia dropped to 50th place in the international standings on parliamentary gender diversity, despite the previous parliament having a record percentage of female MP’s.

Labor implemented an affirmative action quota in 1994 to improve the deficit, aiming for a near 50 per cent ratio target; double the proportion of women in government at the time. The Liberal Party, which history has shown is lacking female representation and a large reason for our fall in diversity rankings, now plans to seek parity by 2025.

This comment, by Prime Minister Scott Morrison during a speech on International Women's Day 2019 was highly criticised and seen to be implying men shouldn't lose to women on the way up.

Proportional voting by state in the Senate, and not distinct electorates for the lower house, experts say, is why you see more women in the Senate chamber; however, it sees just as many allegations of sexist bullying and misogyny.

In 1995 when Natasha Stott Despoja was first elected, women made up just 14 per cent of the chamber. After 13 years in the Senate, and Leader of the Democrats, she became an Australian advocate for advancing women's rights worldwide. Whilst watching overseas nations’ progress, in Australia, the toxic culture in Canberra continued, without any change for the better.

Shortly after, many thought Australia had smashed a glass ceiling when Julia Gillard became the first female prime minister in 2010.

Gillard, often given a characterisation that instills fears about ambitious women, generated debate over policies such as the ‘carbon tax’ that degenerated into vicious, sexist, personal and gendered attacks.

It wasn’t just her critics and opponents degrading Gillard with comments such as "lying cow", "bitch", "Ju-liar" and "menopausal monster" but she was also personally attacked for having no children and being unmarried in office.

A Liberal party fundraising dinner included a menu based on lewd "Julia Gillard" food items, explicitly referencing parts of her body. Descending into violent imagery, one media personality stated Australians "ought to be out there kicking her to death", whilst another said she should be "put into a chaff bag and thrown into the sea".

A plethora of pornographic and degrading images of Gillard circulated on web sites, e-mail, and social media.

"Even women who have reached the top of the political ladder are working within an institution that privileges masculinity”
-- Canadian based Associated Professors Cheryl Collier and Tracey Raney, both expert researchers in the area of women and gender politics.

The definitive moment of her prime ministership was when Gillard delivered her misogyny speech on October 9th, 2012. It tackled sexism head-on and was a masterful, righteous take-down of Abbott. It changed the way politics and sexism was talked about in our parliament, highlighting its toxic nature.

Within a week, a YouTube version of the speech had one million views, and as of April 2020, the ABC news video has 3.4 million views. Former US President Barack Obama revealed they often watched it when frustrated with then Prime Minister Tony Abbott, and in a Guardian Australia poll this year, it was voted as the “most unforgettable” moment in Australian TV history.

Gillard will always be a role model for younger generations, giving strength to women worldwide. She leaves a legacy from her political career and how graciously she left politics.

Since Gillard’s departure, we have seen multiple federal women politicians breaking their silence. Former Liberal MP’s, Ann Sudmalis and Julia Banks called out gender bias and bullying within their own party and The Greens Senator Sarah Hanson-Young sued Senator David Leyonhjelm for defamation.

Hanson-Young won her Senate seat at 25 in 2007 and made history by being the youngest woman ever to do so. A strong voice for progressive issues and women’s rights, she has spoken openly about male opponents commenting on her body, attire and “supposed sex life”.

Following a murder of a young comedian which shocked the nation, a debate on women's safety occurred in the Senate. Hanson-Young stated women wouldn’t need extra protection if men didn't rape them, however, Senator Leyonhjelm, known for being controversial, responded "You should stop shagging men, Sarah."

The Liberal Democrat refused to apologise, repeating his comments and claims in media interviews. Hanson-Young sued Leyonhjelm for defamation, hoping to advocate change, and using her powerful position to do so, whereas many women who encounter such comments at work are not.

"If we can't clean it up in our nation's parliament, well, where can we do it?"
- Greens Senator Sarah Hanson-Young

This was later backed up by more women in the last parliament, including Liberal Party Deputy Leader Julie Bishop who depicted "appalling" behaviour, the Minister for Women Kelly O’Dwyer who confirmed allegations of bullying and intimidation, whilst another female senator threatened to name her bullies.

The International Parliamentary Union states that, as more women enter parliaments worldwide, they are being subject to increased harassment and aggression. This includes threats of murder, kidnapping, and beatings alongside degrading behaviour by media outlets. In some countries, female MPs had microphones turned off to stop them from being heard.

Last week during NSW State Parliament, when questioned by Opposition Leader Jodi McKay regarding mask supplies, NSW Health Minister Brad Hazzard once again put sexism and bullying on display, calling her a "pork chop" and a "goose", the "temporary leader of the opposition" and "quite stupid". When asked again about masks, Hazzard replied "If I was sitting next to someone like you in a bus, I would definitely have a mask on".

"A fish rots from the head and if we can't get it right in this place then what hope have we got of getting it right in our communities?”
- NSW Nationals MP Steph Cooke

Only days before this, Nationals MP Steph Cooke called out Shooters, Fishers and Farmers MP Phil Donato, who deliberately used the term “barren” to allude to the fact that she does not have children, despite children and her family status being irrelevant to the discussion. The same term was used towards Gillard, 13 years prior.

NSW Labor MP Trish Doyle after being bullied and harassed by Minister John Sidoti, told of how he pursued her down a corridor after leaving the chamber, cornered her, and screamed in her face. A motion was put, asking Premier Gladys Berejiklian to act upon this minister’s indiscretions, misbehaviour and inappropriate conduct. The Speaker apparently doesn’t hold the power to investigate matters of this nature and neither does the clerk - or the Department of Parliamentary Services.

This toxic, largely unpunished male-dominated suit and tie culture within our parliament should not be happening nor tolerated, especially in 2020.

Women, currently being a minority, may be viewed as easy targets, but change will come as more women enter parliament. The more diversity in parliament, the more respectful it will become, and a more respectful parliament will put the spotlight back on policy and the tough work politicians do, rather than toxic personal attacks.

Recent research into the impacts of women in politics showed the political systems where women were leaders created a more caring and equal society. The report, by the Westminster Foundation for Democracy and the Global Institute for Women’s Leadership found female politicians prioritised health, education, welfare, and social issues, and were less likely to go to war or commit human rights abuse.

“Unlike the rest of the world, not only have we protected New Zealanders’ health, we now have a head start on our economic recovery. That’s because at level one, we become one of the most open economies in the world.”
- Jacinda Ardern declares New Zealand is COVID-19 free

During crises such as Covid-19, it is clear female political leaders, with a trust of common sense, humility, strength, and compassion, have managed far better than their male counterparts. With climate change, depleted resources and a population that is aging amongst the challenges we face, we need more of this style of leadership.

When sexism in politics is exposed, there is always concern that committed and talented women will be put off entering. The challenge for Australia is better supporting women to run in the first place with evidence suggesting when women do run, they stand a good chance of success.

No one is pretending the road is easy for women in politics today, but much is happening to help pave the way. Women, good women will play a big part in the political future of this country - both in helping to create the vision and in providing the political leadership and drive to see it through.

14 comments on “Cleaning up our parliament - greater women representation is the catalyst for political change.”