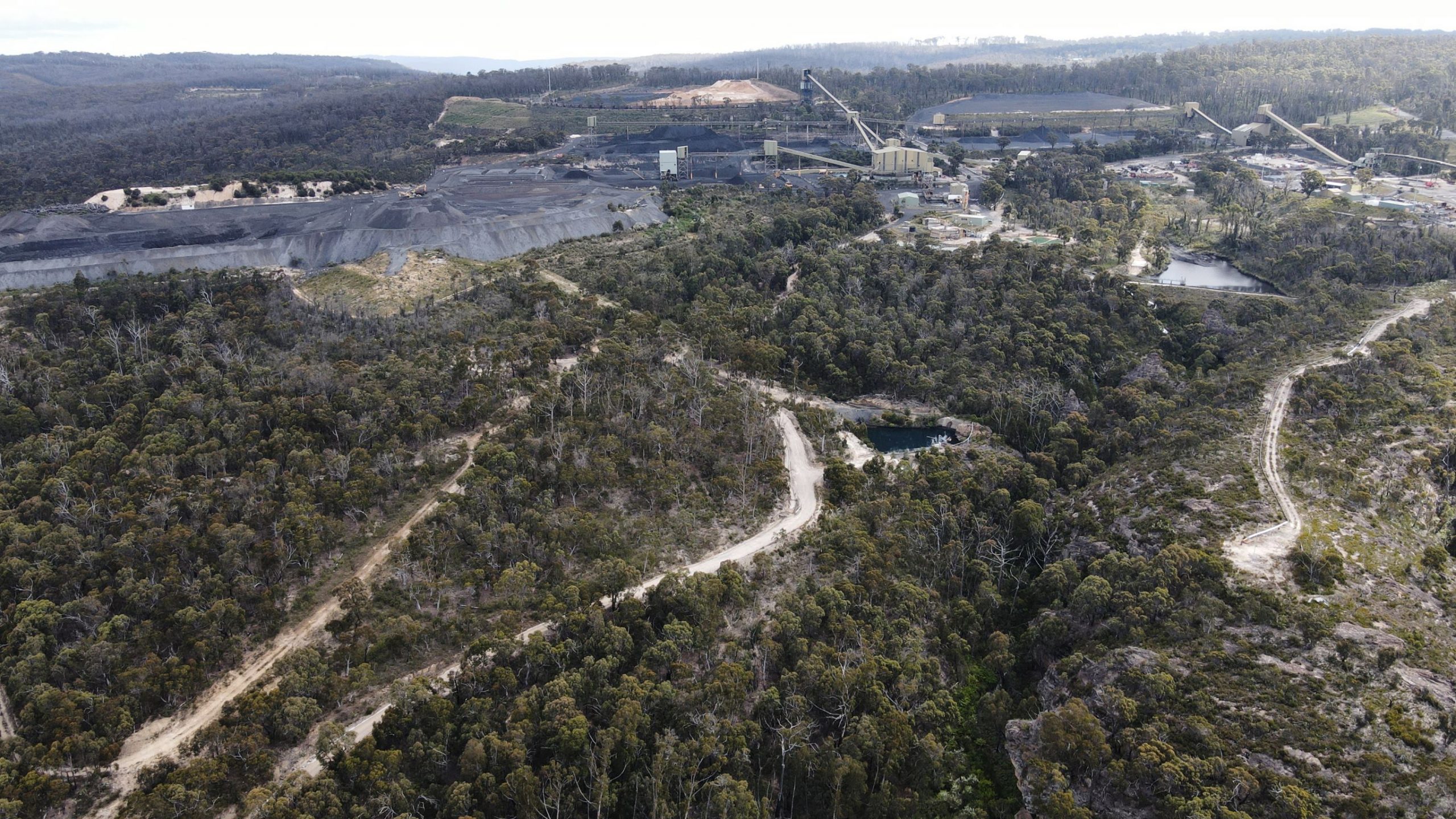 One of the greatest atrocities to have ever occurred is the mining of the Blue Mountains. Little known by most is the extent of the damage and the ongoing toxic legacy it left behind.

This film visually documents his studies embracing the beauty of the region and the ugly scar on this pristine landscape left by mining. For more than 40 years, an underground coal mine discharged poorly treated wastewater directly into the Wollangambe River, which flows through the heart of the Blue Mountains World Heritage area. Much of this spectacular wild river was chronically polluted, with dangerously high levels of zinc and nickel. Few animals were able to survive there.

The filming of Mining the Blue Mountains was an intense process. Filmed over a month on location in the Blue Mountains, the crew trekked up to 10km a day on non-existent tracks to remote locations to capture the mine pollution with production equipment. Each night’s beer and steak at the local pub were well earnt.

The documentary captures three mines: Canyon Colliery which closed 25 years ago, the still operational Clarence Colliery and Sunny Corner which closed 100 years ago and continues to leak dangerous pollution into our waterways.

The viewer is taken on a journey into these remote regions to witness the damage to a UNESCO World Heritage region. One of the big themes discussed is “who cleans up the mess?” After a mine closes often little remediation is undertaken leaving a legacy of pollution for the local environment.

Mining The Blue Mountains was launched at Mt Vic Flicks theatre to a full house earlier this year. Since then it has been entered in a number of film festivals winning at the Cotswolds Film Festival in the UK and was accepted by Documentary Australia.

The documentary was produced by South Coast independent film maker James O’Connor. James has made a number of environmental films including The People Against Russell Vale Mine as well as new releases The Lost World about a patch of forest deep in the Royal National Park protected by local conservationists, and a short piece about Greater Gliders for Nature Conservation Council.

“I love a challenge,” Mr O’Connor recalls, “so when Ian pitched his idea of turning his scientific paper into a documentary, I jumped straight onboard. Filming this documentary challenged me in terms of physical endurance and making science engaging to a wider audience. I wanted to juxtapose the beauty of the Blue Mountains with the ugliness of pollution.”

In Mining the Blue Mountains, James O’Connor has definitely achieved his aims.

To watch the documentary Mining the Blue Mountains or find details on writing to the NSW Environmental Minister visit the website www.miningthebluemountains.com.au/.