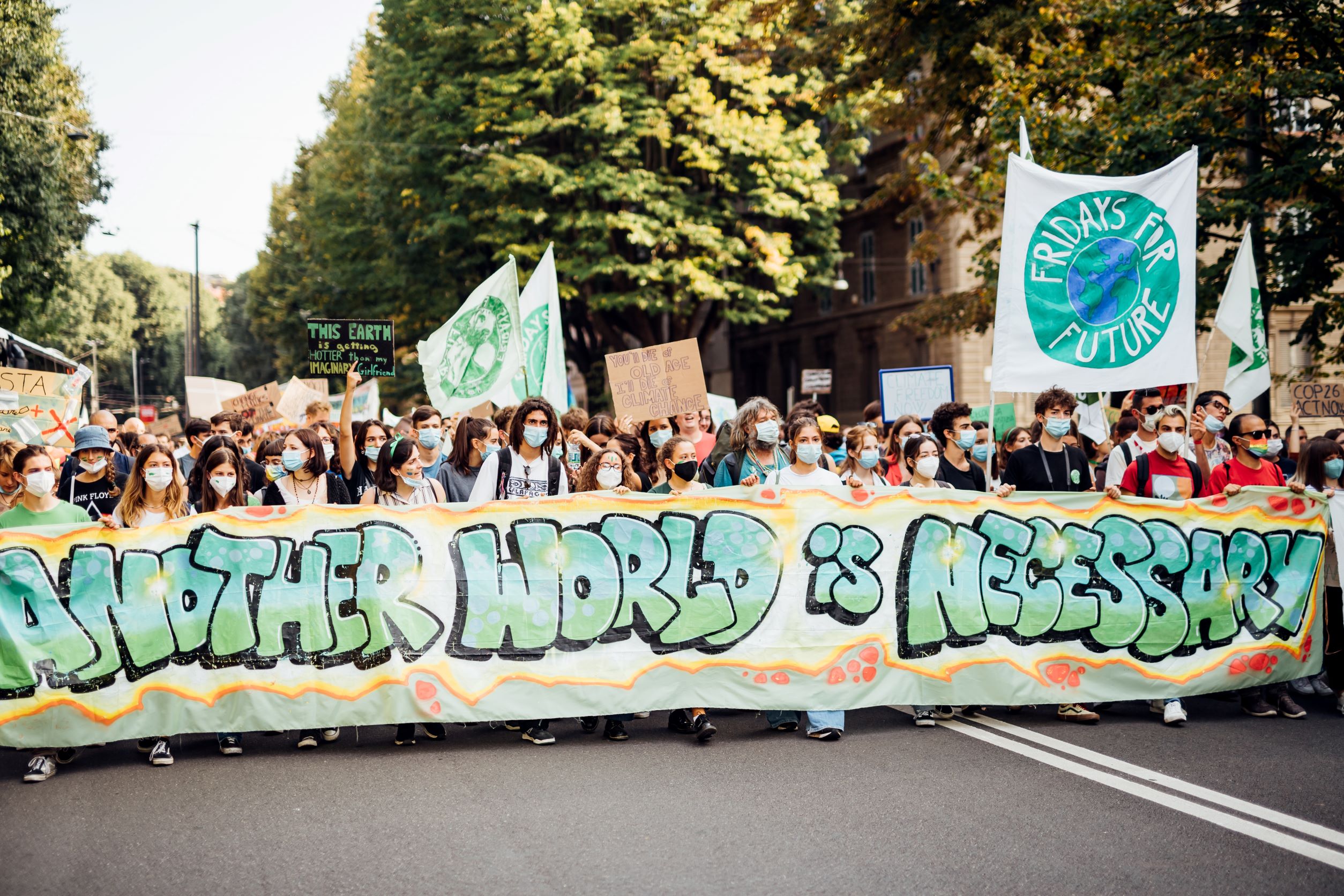 Protecting only an individual’s personal interests, or promoting only one country’s need to be greatest, reveals selfishness as the primary cause of a values-induced cancer threatening life on earth.

That selfishness is evident in the Hobbesian assumption that men will and should act always to their immediate advantage. Global policymakers’ selfishness is driving the relentless exploitation of the planet’s natural resource which will prove terminal if allowed to continue.

In Australian policy circles, such selfishness is displayed in boasting about COVID-19 booster shots when developing countries have barely begun to vaccinate; in treating asylum seekers as illegals with no entitlement to human rights; or in enabling a wealthy few to buy more properties and ensuring that first home buyers can seldom compete in the market.

Values that promote a culture of private interests need an altruistic policy vaccine, but we’ll come to that.

At COP26 in Glasgow, Swedish climate activist Greta Thunberg railed about the deafness to the voices of youth. Her claim evident in the status quo selfishness of government alliances with fossil fuel industries and depicted in the cruel consequences of climate change being inflicted by one generation upon the next.

Selfishness is evident in the pursuit of economic growth to accumulate material riches, a ‘Pandora Papers’ system that limits the life chances of citizens in poor countries. Under an allegedly normal but greedy exploitive system where the Arctic may be free of ice and life on earth threatened, economic policies depending on infinite use of limited natural resources look suicidal.

Although contributing nothing to greenhouse gas emissions, vulnerable millions suffer the destructive consequences. In Pacific Island nations, homes will be inundated by rising sea levels and whole populations face the prospect of becoming climate refugees, or must learn to live on boats.

Uncritical commitment to economic growth whatever the environmental costs is the equivalent of saying, “let’s smoke as much as possible even if it increases the chances of developing lung cancer.”

At COP26, Fijian Prime Minister Frank Bainimarama advised Scott Morrison that to keep faith with future generations, “follow the science”. Although the Fijian leader demanded that Australia halve its greenhouse gas emissions by 2030, the Australian government stayed loyal to the fossil fuel industries and indifferent to Fiji.

Growth forever requires the exploitation of natural resources irrespective of the consequences. The idea of humans re-learning to live in balance with all living things is squashed by capitalist-like assumptions that seas may be fished to extinction, that forests must be cleared to make way for cattle and ethanol-producing crops and that coal, oil and gas must be mined as the key means of energy.

In May 2021 in the Australian Federal Court, and in response to action by eight teenagers and their guardian, an elderly nun, against the expansion of a coal mine, Justice Mordecai Bromberg concluded there was evidence of “severe harm” that climate change could cause and that the environment minister must consider a duty of care to future generations.

In response to that judgment and in a display of green-washing deceit between establishment interests, Whitehaven Coal told the Australian stock exchange that it saw a continuing role for “high-quality coal” in contributing to “global CO2 emissions reduction efforts”.

Nations in Glasgow demanded that transition to clean energy required the rapid phasing out of coal, but the Australian government wants business as usual. The Australia Institute reports that Australia has more than 70 new coal mines and 44 new gas and oil projects in the pipeline. The Institute welcomed Morrison to Glasgow with a full-page advertisement in the Scottish newspaper The Herald that said, “The Australian government is not committed to climate action, it is committed to fossil fuels.”

The selfishness is accompanied by false claims, as in the trumpeted slogan “technology not taxes”. Political grandstanding about technological solutions to climate change is code for saying that lifestyles in affluent countries do not have to change. No sacrifices need be made, gross injustices can continue, selfishness can live on and freedom means “do as you like”.

Claims about technological fixes, such as carbon capture, are unproven. A Stanford University study shows that carbon capture tends to be inefficient and, in terms of overall emissions, can do more harm than good. Yet Angus Taylor, the Orwellian-named Minister for Industry, Energy and Emissions Reductions, has tried to redirect the funds of ARENA, an organisation created to foster renewable energy projects, to be used to promote the building of gas plants or a new coal-fired power station.

An argument based on choices — selfishness or altruism — presents an either-or simplicity but highlights policy options affected by different ways of thinking and living.

The benefits of altruistic policies and practices are evident in universal health insurance, in the goal of 80 per cent Covid double vaccinations to protect a population, or in blood donor systems in which gifts of blood are given to strangers without expectation of reward. Such altruism depicts values, language and policies to promote a common good.

Given the long-time lesson of anthropologists that social relations set up by gift exchanges are among the most powerful forces to bind groups and societies, acting collectively to combat climate change needs a renaissance of this theme of the gift.

In the present crises, the drastic cutting of greenhouse gas emissions would also respect people’s rights to land and food and their commons and to biodiversity and would contribute to survival. Altruism in climate policy would give life to vulnerable others such as Australia’s Pacific Island neighbours.

In too many political circles, selfishness remains the lazy, dominant way of thinking, threatening life on earth. Choices for life are obvious. Without altruistic policies to achieve a common good, as in replacing reliance on fossil fuels with the adoption of non-polluting renewable energy, the selfishness sickness looks terminal.