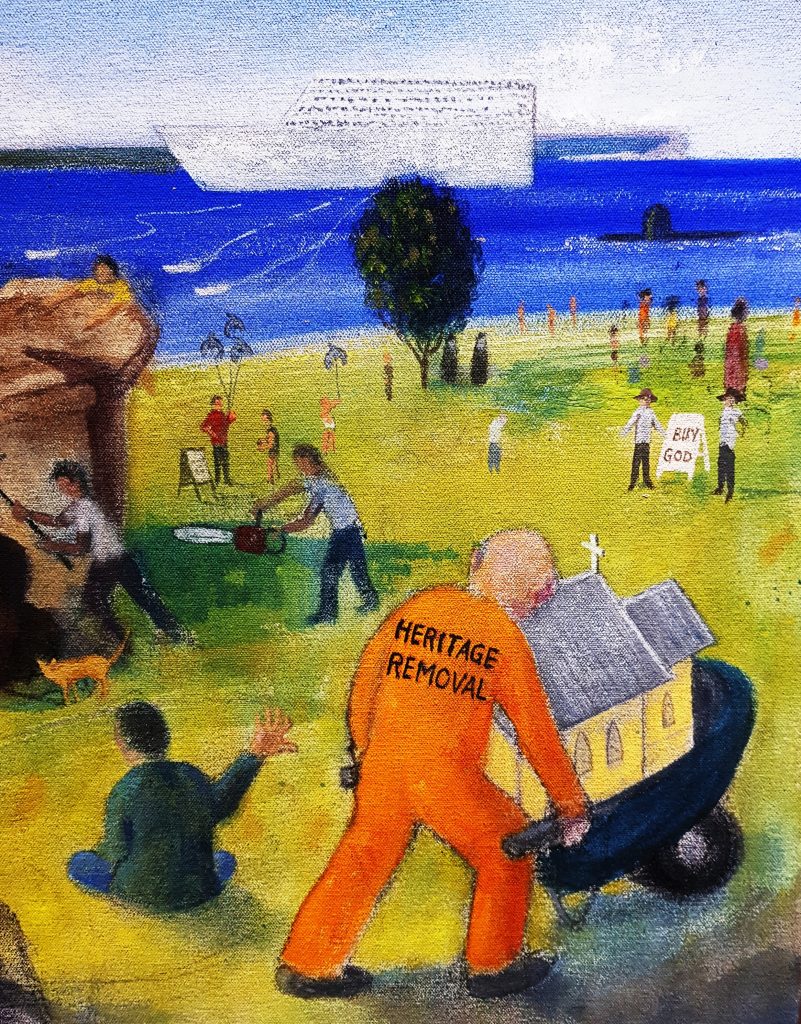 A Chance to Own Your Own Piece of Local Heritage, Your Own Connection to a Local Hero

Everyone knows John Hatton AO. He was the Independent state member for the South Coast from 1973 until 1995 and is most famously remembered for forcing a reluctant state government to set up a Royal Commission into the NSW police that exposed systemic corruption. The Police Commissioner was forced to resign, and widespread reform of the force followed. Hatton often put himself in danger as he exposed organised crime and government corruption.

John Hatton has lived in Huskisson since the 1960s and has always found time to work for the local community. His role in establishing the Lady Denman Museum (now the Jervis Bay Maritime Museum) is legendary, and he and his wife Vera have given endless hours of voluntary labour to this and other good projects.

Before entering state politics, he was President of the Shoalhaven Shire, a precursor to the current Shoalhaven City Council. He has fought to keep Jervis Bay environmentally viable against plans for coal facilities, a nuclear reactor and steel production. You name it, the plans for ruining our beautiful area have been big and ugly, and Hatton has been in the fight at every turn to stop these local disasters.

Today John Hatton devotes much of his time to caring for his beloved Vera, but he is still actively involved in political and community issues. Back in 2007 he led the fight against height controls for Huskisson that would have given the town six storey buildings – a fight that is rearing its ugly head right now if the proposed over-development on the former Huskisson Anglican Church site goes ahead.

The Huskisson Heritage Association deplores the determination of developers and their Shoalhaven City Council backers to destroy the liveability and charm of Huskisson, and John Hatton has been a supporter from the start of our formal protests in 2018.

And right now, that support includes his generous donation of this painting of Blenheim’s Beach, signed and dated February 2021, for the Huskisson Heritage Association to auction. Funds are needed for our struggle to keep this much-loved block in the centre of Huskisson with its lovely little Cyril Blacket church, old growth trees and its graveyard that holds the remains of both European and Indigenous people.

And just a reminder to anyone who thinks this issue is done and dusted. The land has not been sold. It has not been rezoned for commercial uses. The planning proposal is only at a preliminary stage. The community has not yet had an opportunity to comment. The independent federal government investigation of aboriginal significance has not yet reported. And the community remains strong in its opposition to this sorry and disrespectful plan to destroy the best of Huskisson.

John Hatton’s painting is currently on display at Boobooks on Owen, 1/68 Owen Street, Huskisson. It can also be viewed online. Early bids can be placed by emailing huskissonheritage@gmail.com with ‘Hatton bid’ in the subject line, or better still come to the live auction at 1.30pm on June 12th at the Huskisson Heritage Association’s Husky Heritage Day at the Dent Street Community Centre and the Jervis Bay Maritime Museum. The program will be available mid-May.

Joanne Warren is the Public Officer and an active member of the Huskisson Heritage Association Inc.