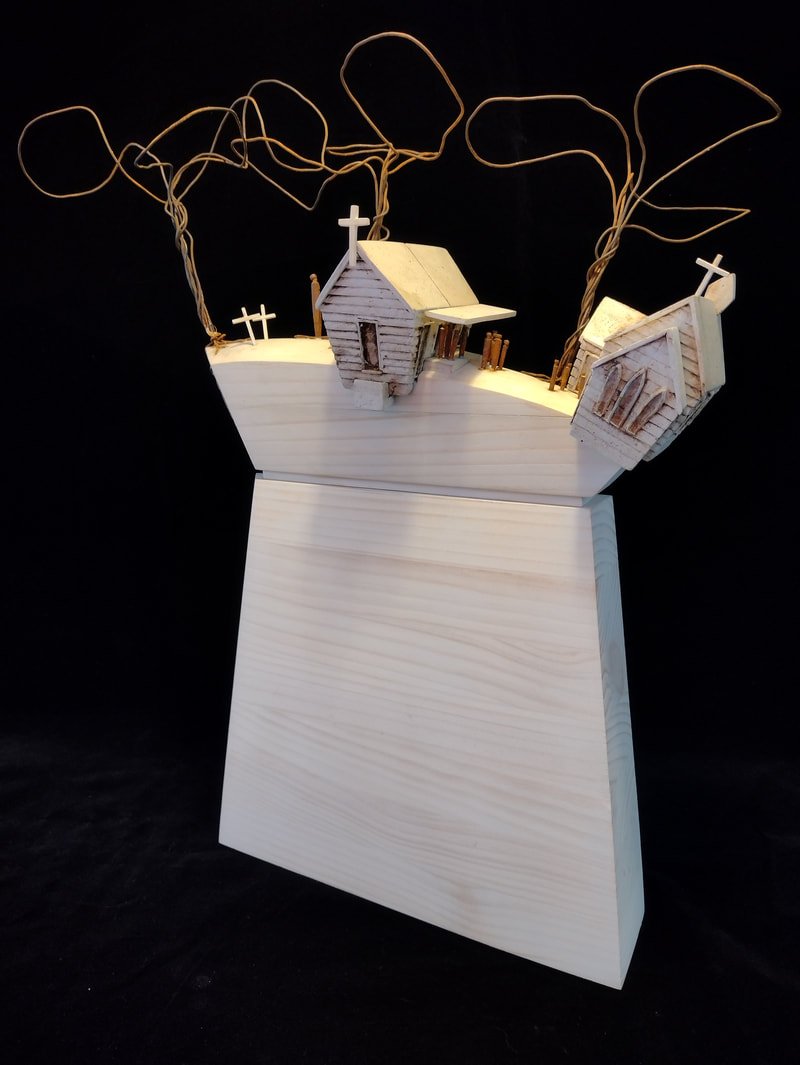 At the September 20th Shoalhaven Council meeting Mayor Findley took back control moving a Mayoral Minute that could help save the historic Huskisson Church. “Let’s bring on this heritage listing procedure and signal to the community that this council really does care about this site, and the heritage both Indigenous and non-Indigenous associated with it.”

Council also voted to support the Jerrinja LALC application to the Federal Government for a declaration of emergency protection for the site.

Deputy Mayor Eliza Butler spoke in favour of the motion, “We talk a lot about reconciliation. We have the Uluru statement from the heart coming out where we talk about truth telling. Right now we have oral evidence from our elders in the community. Yet we're insisting on getting white experts in to prove the truth about Aboriginal elders.

This just exacerbates generational trauma because their voice is being ignored and the cycle of despair continued. This council has a chance right now, to stand up and say we believe you. We are listening to you, and we will do everything we can to help you with what you want.”

Councillor Christen had this to say, “Earlier on this year, this council did not go ahead with its own permit to disturb the graves in respect to the community, the Indigenous community and the European community who also have people buried there. There's a lot of evidence and a lot of oral evidence of burials in that spot. And we also have King Budd Billy buried there. A very important elder.

This has been brought on by the proponent moving ahead to get his own Excavation Permit. It is timely that we act with bringing on this heritage listing procedure and signal to the community that this council really does care about this site, and the heritage both Indigenous and non-Indigenous associated with this site. And we will do what we can to balance the interests. But not at the cost of riding roughshod over the sensitivities of our community.”

Not one councillor spoke against the Mayoral Minute or in support of the owner. But six voted against it.

Part owner of the site, Huskisson Hotel’s Stephen Bartlett made a deputation to Council. Bartlett insisted that he is guided by “the experts” and then proceeded to selectively refer to reports that he had commissioned himself and insist that the major independent Ground Penetrating Radar Survey undertaken by Hunter Geophysics was “not credible”. He even made the very bold claim that the Heritage Council of NSW had said the report was “not credible”.

Really? Hunter Geophysics is a respected industry leader in the field of graveyard surveying.

It is easy to understand that purchasers of a burial ground site, hoping to build a hotel on it, would not be happy when a report ordered by Council claimed to have located “seventy-three areas of disturbed soil most likely to be associated with unmarked grave shafts and/or funerary urn burials”. The developer would be understandably unhappy, although flogging a dead horse at the expense of the community is obviously not a popular solution.

At one point during the meeting Councillor Butler asked the owner, “What about the Elders who are passing down the knowledge from generations and their truth telling?”

Bartlett replied, “It's inappropriate to ask me that because I can't give an answer. That knowledge is passed down and that's fine. We've had oral history done. And that oral history report is done by Dr. Susan Donaldson, and you need to read that and that will give you the answer.”

Having spoken with several descendants of King Budd Billy I have yet to hear of even one who was approached regarding this “report”. The report appears not to have been made public but even without seeing the report I doubt Dr Donaldson would claim to have provided a definitive answer.

Bartlett has also made the outrageous claim that the Navin Officer report, commissioned by Council says that it's impossible that there will be pre-white settlement graves there because the soil type requires a shovel to dig. I doubt anyone reading the report would agree with his interpretation of the report. The truth is, as a local elder told me, “shovels, they were the first thing we took, along with axes.”

The truth needs to be accepted, evidence from Indigenous history backed up the Hunter Geophysics survey report, that both Indigenous and non-Indigenous grave sites exist on the Huskisson Church and burial site. No amount of wishful thinking by a developer will change that. Hopefully profit won’t thwart justice.

Feature image: Sculpture of Huskisson Church with graves and trees by local artist Brandt Noack. Brandt has created a beautiful sculpture that honours the church, the graves and our shared heritage. Photo credit: Save Husky Church-Huskisson Heritage Association Inc./Facebook