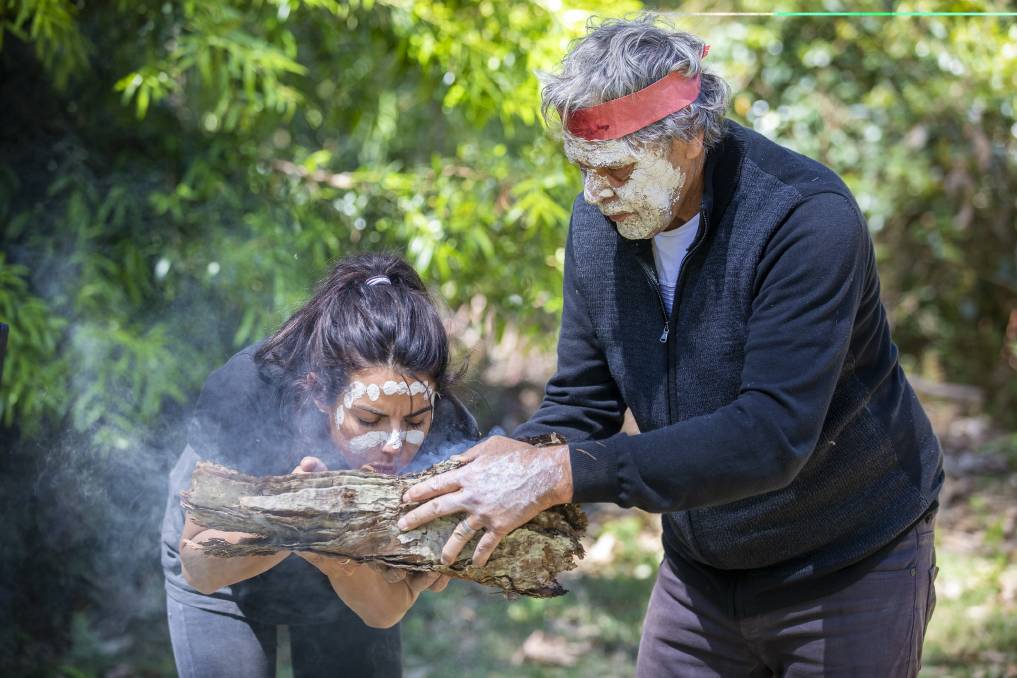 Understanding Shoalhaven’s Aboriginal Culture Holds a Key for Us All

Walking on Country, is a short four minute film made for NAIDOC Week last year, funded by the Shoalhaven City Council and NSW Heritage. In a few days, the winners of the annual National Trust Heritage Awards will be announced, and this lovely and moving video has been shortlisted. Good luck.

The video opens with a view of the sacred Cullunghutti Mountain and is filmed around our region and through the eyes and words of seven vibrant local community members – Noel Butler, Shane Carriage, Julie Freeman, Deidre Martin, Paul McLeod, Matt Simms and Raymond Timbery. They speak eloquently about country.

“In this earth is everyone who has ever made me who I am.” Aunty Julie

Heritage is often understood to relate to things that remind us of past ways. This is partly true and Indigenous heritage goes way, way back. But more importantly, heritage is what grounds us, gives us connection and adds immeasurable depth to our present lives. Aboriginal people understand this far better than anyone. Connection to country is about connection back to the dawn of time, but it grounds us in today.

“We must be thankful for everything we hold.” Raymond Timbery

As always, this kind of project arouses mixed feelings. I have been through too many experiences where heritage is applauded while the actuality is being ignored, or worse still, destroyed.

It is also the same council that ignores the pleas of the Jerrinja Land Council and the people of Wreck Bay. The Council that refuses to respect the burial ground in Huskisson and stop its potential desecration through construction of a hotel, underground parking and so on. The Council that is currently claiming inaccurately that 85 per cent of residents favour development plans for West Culburra while ignoring the legitimate concerns for destruction of Aboriginal cultural sites along the Crookhaven River. The list could go on.

The film has been reviewed for celebrating the richness of Aboriginal culture and the vibrant wealth of Aboriginal heritage. But listen more closely and you will hear that these people are saying more. There is an inclusiveness and an unfathomable generosity as they offer an overwhelming gift to non-Indigenous people to take this heritage and make it part of a shared culture for all of us.

Where does this gracious ability to embrace us non-Indigenous come from?  We were the ones who took the land and visited unspeakable crimes of dispossession on our first nations. And we are the ones who today insist on developing the land as if its ancient heritage does not matter.

There has never been a time when we need united action more. We need to embody different way of valuing this land that we have so generously been welcomed to share.

As we all struggle to keep Jervis Bay unspoilt and to keep rampant and destructive overdevelopment in check, we can remember that this is our land too.

The last hopeful words must go to Uncle Noel,

Dr.  Shirley Fitzgerald is a historian and the proud holder of a Federation Medal for ‘services to History & Heritage’. Shirley is the President of the Huskisson Heritage Association, and part of the Save Husky Church campaign.