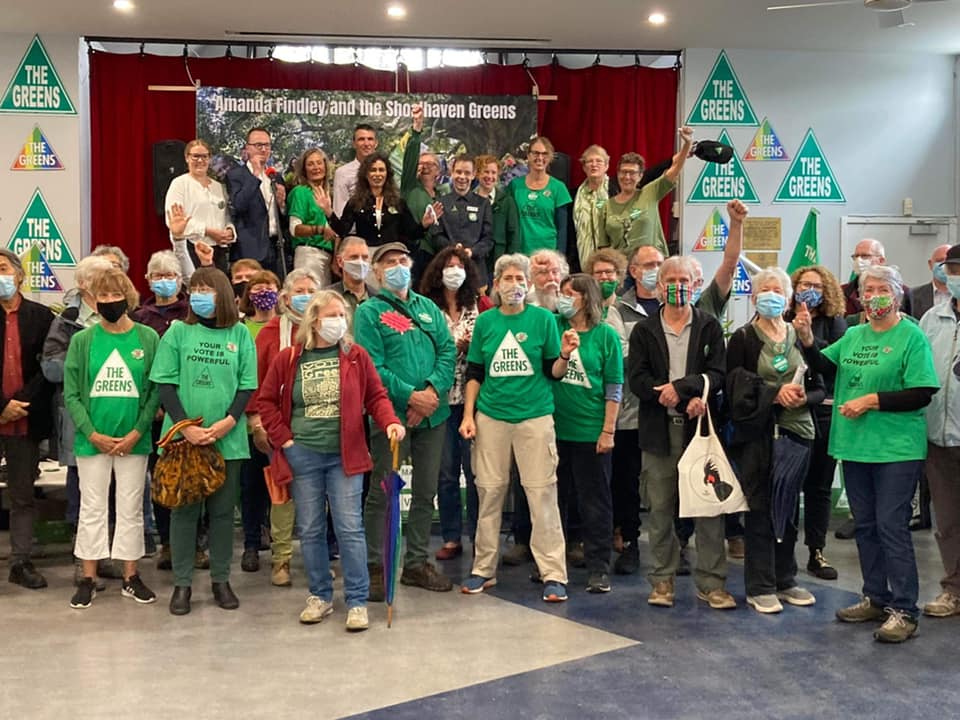 A Visionary Picture of the Future – what Greens can do on Shoalhaven Council.

In the forthcoming local government elections on December 4, voters have a clear choice: return candidates who have been around for years and are still, somehow, labelled ‘independent’, or vote for socially just, visionary policies from Greens candidates under the leadership of the charismatic, politically astute Mayor Amanda Findley.

That message came in speeches and inspiring music at the Sanctuary Point Community Centre on November 13 when Greens candidates explained their values and policies, including commitments to affordable housing, bushfire planning, funds for roads, for waste disposal and renewable energy schemes.

As if that promise could be realised in a music for humanity, and for a new Shoalhaven council, singer/guitarists Brad Christmas, Peter Winkler and didgeridoo player Mark King gave us humour plus touches of inspiration in a Bob Dylan message adapted for an out-of-date, no longer needed Greg Watson and the sundry others gathered under his ‘Independent’ banner. Dylan sang to them “You ain’t going nowhere.”

With the energy and noise characteristic of US civil rights meetings which I attended in the 1960s, Amanda centred the stage flanked by all of the gutsy, articulate Greens candidates. Greens NSW MP, the tireless, selfless David Shoebridge, highlighted the significance of achieving a Greens majority council in the Shoalhaven, but he reserved his highest praise for “an amazingly brave, dignified and highly effective local leader, Mayor Amanda Findley.”

Small wonder that since David’s praise for Amanda, and at the National Cities’ Power Partnerships awards, Mayor Amanda Findley was made ‘National Climate Change Ambassador of the Year.’

That award sounds like the catalyst to encourage voters to flock to the polling booths to re-elect Amanda plus the Greens candidates needed to craft a creative, inspiring culture in the crucial work of Shoalhaven local government. December 4 is not far away.