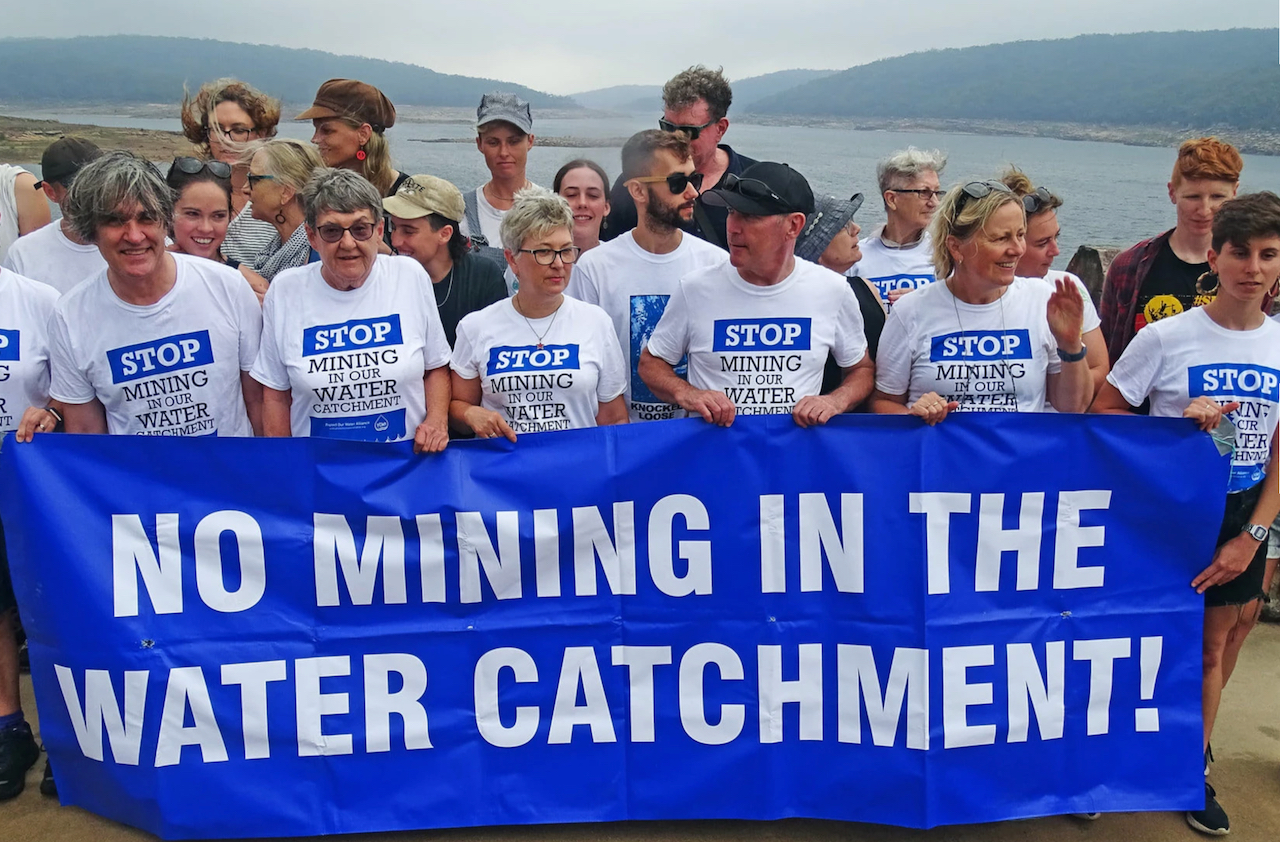 Lost in the Past - Wake Up Call for Government and Industry

Last Friday’s watershed refusal by the Independent Planning Commission of the proposed expansion of the Dendrobium mine was a bubble-puncturing reality check for both the mining company and the Department of Planning. Eight kilometres west of Wollongong, the mine extracts metallurgical coal some 350 metres below the Metropolitan Special Area of the Woronora Plateau. The Special Areas are catchment lands set aside to protect the water flowing into Sydney’s reservoirs. Trespassers daring to enter risk fines of up to $44,000.

Senior staff in the Department of Planning had championed the proposal, which would extend mining from 2024 to 2048. The proposal was, however, flawed and ill-considered.  Its aggressive mining threatened extensive fracturing of the overlying rock, high volume and in perpetuity water losses, drainage of water courses and swamps, water course and baseflow contamination, loss of biodiverse habitat, landscape dislocation and destabilisation, loss of First Nations heritage sites, greenhouse gas additions, and increased risk of extreme fire in and around the catchment.

It’s barely a year since the Berejiklian government announced it would fast track the expansion of the desalination plant, with Minister Pavey stating that securing water supplies for the city was critical, noting dam levels dropping faster than seen before. Climate change is here and the times ‘they are a changin’, though perhaps not for some in the Department of Planning.

In the Department’s assessment, there were no economically viable mining options that would not result in unacceptable damage, so maximum damage was then acceptable. Suggestive of Orwell’s double-speak, senior Planning staff argued at the start of the IPC’s public hearing in December, that maximising water loss by allowing maximum damage was actually beneficial for Sydney’s water supply. This being so because the consequentially maximised compensation would fund capital works and repairs. Perhaps I should consider selling my kidneys and buying a dialysis machine or two.

The Department and company failed to heed to the lessons of the failure of the company’s last major mining proposal, the 2010 proposal to expand the Appin and West Cliff mines, north-west of Dendrobium. That overly ambitious proposal was comprehensively criticised by the then Planning Assessment Commission (PAC). The declaration of Dharawal National Park followed soon thereafter. They also failed to heed the warning in the PAC’s expectation of no mine to surface connective cracking in its 2018 approval of the Wallarah 2 coal project, on the Central Coast. WaterNSW subsequently sought similar protections for the Sydney catchment from the Department; and failed.

The IPC’s assessment is the first independent assessment since a Commission of Inquiry approved the mine in 2001. Until now, subsequent extractions have been assessed and approved by the Department as the ongoing consent authority. The Department has been inclined, though, to set aside the concerns of WaterNSW and the community. In contrast, in finding the Department had not made a balanced assessment, the IPC gave considerable weight to these concerns.

Reported by the SMH, in 2015 we learned that in 2013 the Department had given the final go ahead for extractions even more damaging than those rejected on Friday, without a groundwater assessment. In doing so it accepted the mining company’s rejection of predictions that the mining would cause connected cracking from the mine through to the surface. That prediction has since been confirmed. Planning’s 2013 approval of the then new extractions was under the existing consent and the Planning Assessment Commission, now the IPC, was not involved; Friday’s decision suggests it should have been.

The Department is charged with the very difficult responsibility of weighing up the benefits, costs and consequences of major mining proposals on behalf of the government. On this occasion, as in many others, it lacked the required sense of balance, falling for a perspective increasingly lost in the past.

The pressures on the IPC can be considerable. Labelling its decision a disaster almost as soon as the IPC’s report was released, the deputy Premier threatened legislation to overturn the Dendrobium decision. It’s just over a year since the IPC was reviewed on behalf of the government.

Unrecognised by many, the Illawarra economy has been transforming for decades. Mines have closed, jobs have moved to other sectors. Of the 140,000 or so in the Illawarra labour force, some 700 or so are currently employed by the mines in the Special Areas. Green steel is coming, transformation will continue.

In rejecting the proposed expansion of the Dendrobium Mine, the IPC has reaffirmed the 2008 Southern Coalfield Inquiry’s explicit recognition that the primary benefit of this land is as a water catchment for the people of the Greater Sydney region, and not as a disposable source of coal.

Dr Peter Turner is Mining Projects Science Officer at the National Parks Association of NSW. Peter has been involved in raising concerns regarding mining in the Special Areas for ten years. He has a background in chemistry and structure determination and retired from the University of Sydney at the end of 2018. A shorter version of this article appeared in SMH on 8th February 2021 under the title Denial of mining extension a wake-up call for industry and government.