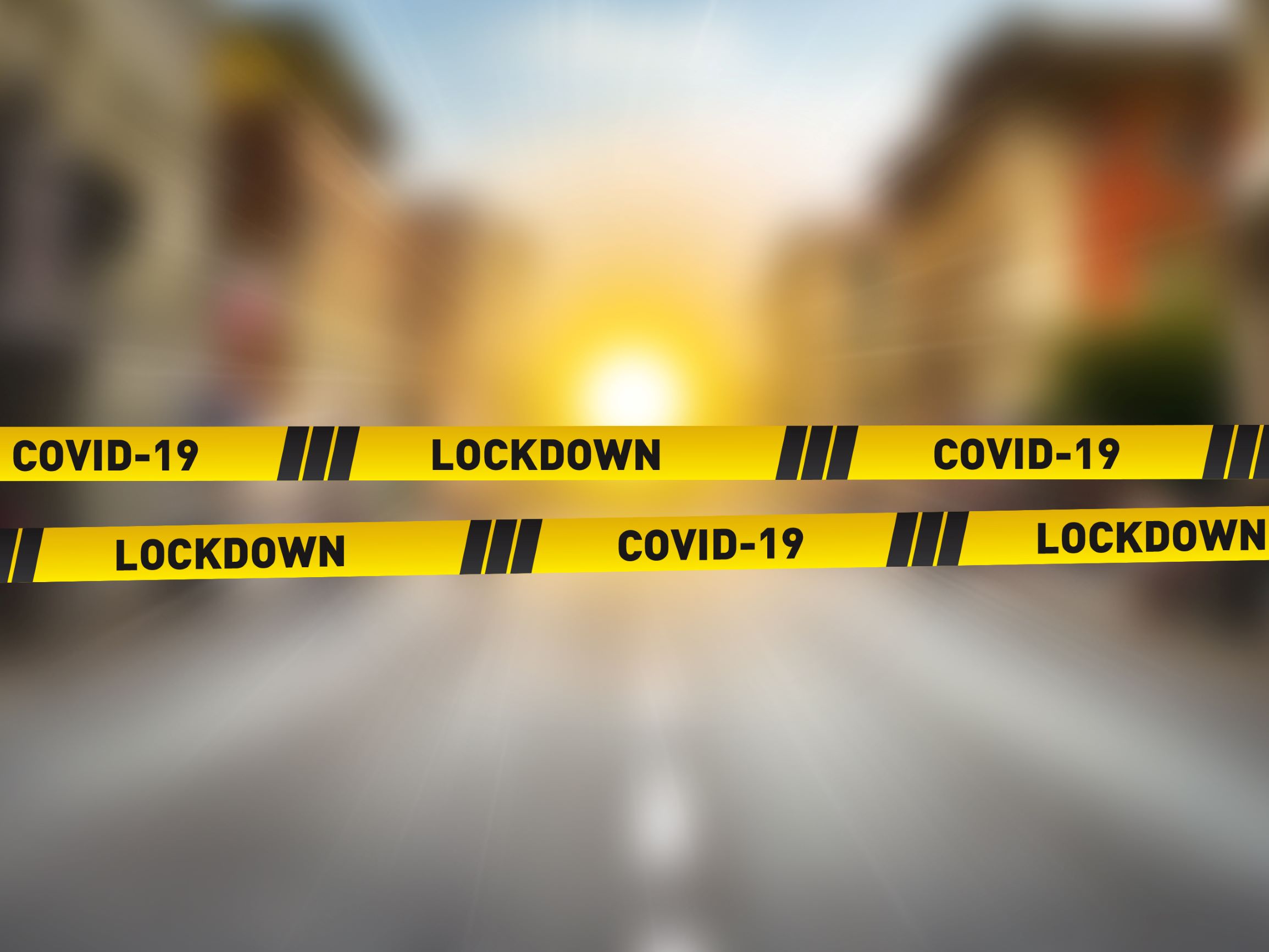 In common with the thugs who invaded the US Capitol on January 6, the Australian protesters against lockdown measures on July 24 displayed extremism which threatens the civility of democracy and thereby others’ freedoms.

Diagnosing their behaviour requires answers to the question, what do they mean by freedom? Related symptoms include selfishness and a taste for violence. A final social-political x-ray of this phenomenon – the gatherings and noise from anti-vaxxer, conspiracy theorists – reveals dangers to trust and civility. A last question is to ponder why some people subscribe to what looks like a fantasy world.

An individual version of freedom

Armed with ‘me’, ‘me’ interpretations of freedom, Sydney protesters against the lockdown showcased a disdain for benefits derived from public policies, clean air and water, even the freedom to protest, fed the illusion that an individual’s judgement could exist free of any social contract.

The challenge to improve the operation of democracies has been sharpened by the Covid pandemic, but in an age of authoritarianism and the go it alone politics of Trump, Brexit and US Republicans, the challenge already existed. Intent on selfish individualism, anti-lockdown protesters have derided the principle that personal freedom derives from conditions generated in societies, hence policies that every citizen be vaccinated to protect others as well as themselves.

For centuries, political theorists have taught that personal liberty depends on social and legal obligations fulfilled as the commitment to a common good, a principle famously interpreted by President Kennedy’s request to consider what you could do for your country rather than for yourself. Without societal obligations, there would be no values by which to judge well-being, and every action would depend only on the impulses, inclinations and appetites of individuals.

Critics say that the protesters’ selfishness was apparent in their refusal to wear masks or respect social distancing, thereby risking the spread of the Covid virus and putting communities at risk. The selfishness was also apparent in egocentricity fed by a suffocating individualism. A certain John Ruddick running for the Liberal Democrats was so preoccupied with self-importance, so concerned to promote his opposition to authority, that he made a video of himself at what he boasted was an ‘illegal’ rally.

Narcissus once gazed so long into a pond that he eventually fell in and drowned. This ‘I’m infatuated with myself’ candidate wants to be elected as a people’s representative.

Individuals intent on selfishness claim their human rights are being abused. Armed with good or bad perspectives, they shout their denials. The virus is a hoax, vaccinations are dangerous and democratic government is ruled by a paedophile conspiracy. Paranoia about influence from outer space found mind-boggling space between the ears of protesters on Sydney streets.

In an earlier Pearls and Irritations analysis, George Browning decried Prime Minister Morrison’s refusal to censure government backbenchers Kelly and Christensen for peddling false information about the virus and vaccination. Browning reminds us that for political expediency reasons, the Prime Minister turns a blind eye to his own conspiracy theorists, to lockdown protesters and their zealot supporters in branches of the media.

The selfishness of protesters has also received cues from a Federal government’s attitudes towards that other significant threat, climate change. Ministers’ references to technology being the way to address this threat, suggests that ways of living do not need to be changed. Continue to burn fossil fuels, oppose any tax on carbon, support a gas recovery, be profligate about water, don’t change diets, maintain tax cuts for the rich and treat economic growth as a taken for granted priority.

This mindless morality says do what you like. Small wonder the lockdown protesters view freedom as referring only to their interests.

In the recent protests against lockdown, the resort to violence was predictable, fed by a domestic violence pandemic, by the centuries-old view that social security depends on military might, and by that culturally sanctioned assumption that to be a man you can use your fists or elbows to promote your views.

In authoritarian traditions of exercising power only in a top-down way, do as I say or else, police enforcement of lockdown rules exhibits a significant irony. Often stereotyped as using unnecessary or overwhelming force, police have been asked to protect public safety by enforcing non-violent health measures; and in so doing put their health at risk.

Erosion of democratic traditions ranges from the local to the international, from everyday incidents to the global claims of conspiracy theorists. In an example of thuggish behaviour by an individual in high office, the Australian Olympic official John Coates, in full view of cameras, ordered the Queensland Premier Anastacia Palaszczuk to attend the Tokyo Olympics opening ceremony.

That might be construed only as an unfortunate incident but it’s the thin end of a wedge: if even one example of top-down abusive power is ignored, that’s tacit for saying let it continue.

Simultaneous with Coates’ exhibition, the author comedian Mandy Nolan wrote that in Mullumbimby, NSW, she had watched a man in his seventies screaming at a 16-year-old sales assistant about his sovereign right not to wear a mask or QR code check-in system. She also records that outside a local supermarket, a mask-wearing midwife was yelled at for being a sheep.

In an anti-vaccination rally in London, a nurse had compared anti-Covid vaccinations to Nazi-era medical testing. She claimed that doctors and other nurses could be tried and hung in Nuremberg trials.

Prior to that London rally, a US conspiracy theorist was reported to have told his wife “the government is planning cyber attacks and plans to shut down the electricity grid.” Consistent with QAnon members, he saw vaccination as part of a plot by ‘deep state’ to enslave humanity.

Threats to civility and democracy

In the controversy about Covid promoted lockdowns, about the reliability of vaccinations and belief in conspiracy theories, the stakes are high. Trust in public institutions, in science, in the reliability of medical practitioners and in respect for human rights is questioned and decried. History records the dangers of such developments.

In the aftermath of the First World War, in the turmoil of struggles for Irish independence, and from his poem The Second Coming, W.B. Yeats warned:

On events leading to the Second World War, Hannah Arendt wrote that the signs of fascist threats to freedoms were obvious but too few people took notice.

In her political analysis, ‘How to lose a country’, the brilliant Turkish novelist Ece Temelkuram, explains that erosion of freedoms in Turkey is being repeated in other parts of Europe, but there’s a head in the sand assumption that the erosion of democracy and attacks on human rights in Turkey could not happen elsewhere.

Meanwhile, a large percentage of US voters and most Republicans believe that a scrupulously fair election of President Biden was the result of a fraudulent conspiracy: an elected government was not elected and should not be respected.

A few days ago, venting his frustration against anti-vaxxers and conspiracy theorists, the Governor of California, Gavin Newsom, appeared to warn that without trust in science, in the assurances of medical experts and public officials, government would become impossible. His implication that mistrust could lead to anarchy was a plea that the warnings of Yeats, Arendt and Temelkuram be taken seriously.

A postscript to any appraisal of the anti-lockdown protesters should concede that in times of great uncertainty, most citizens crave for order, even by relying on a dogma of false claims.

Searching for orderly explanations of Covid threats and restrictions is understandable, but if these explanations depend on abandoning the responsibility to care for others, or decry goals for a common good, only danger beckons.

There are ways out of this morass. Covid like uncertainties can be addressed by critical thought, as in redefining what is meant by freedom, by an empathic understanding of others’ lives, and by commitments to every life-enhancing expression of non-violence.