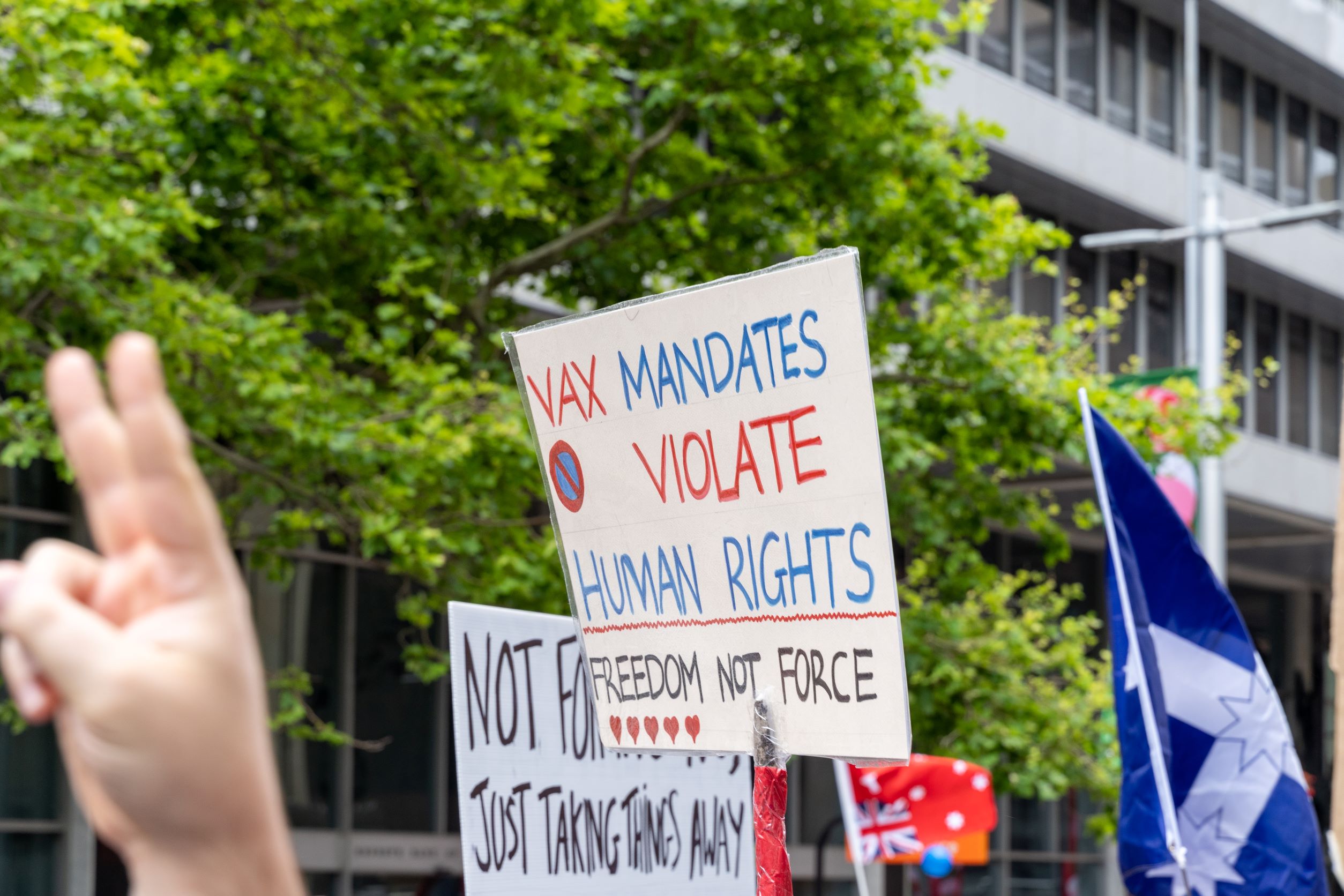 Across Canada and in Australian cities, protesters shouting for freedom repeat a dogma which appears to convince only those already convinced. Some dogmatists are alt-right groups who threaten democracy, others are venting rage against authority in general and vaccine mandates in particular.

Within the diversity is the panacea slogan ‘freedom’, but even among protesters in countries where rules of law derive from democratic governments, the key question, what is meant by freedom, is easily ignored. To seek answers, it could be helpful to return to the philosophy of the nineteenth century English philosopher John Stuart Mill and his essay, On Liberty.

Mill insisted that liberty could be achieved by respect for rights to dissent, but among dissenters, such as today’s angry truckers or anti-vaxxers, he recognised the potential for abuses of power, by majorities over minorities or vice-versa. He argued that freedom could be enjoyed by building collective trust and respect, not by unconstrained individualism.

He wrote about mandates (not the vaccine variety) and how such orders could be oppressive if they ignored collective interests, if they did not consider diverse ways to influence the conduct of human affairs. Such conduct could be nurtured by a humane society, which he saw as evolving if balance occurred between individuals’ demand for independence and respect for social controls.

Mill’s interpretation of freedom was influenced by his appreciation of the poetry of the idealistic and empathic William Wordsworth, always concerned with the experiences of powerless people. In the poem Humanity, Wordsworth opposed oppression such as forced labour in factories. He wrote, “What a fair world were ours for verse to paint, if power could live at ease with self-restraint.”

The warnings should be heeded, but lessons derived from the thoughtful Mill suggest a distinction between violent extremism and the in-between incoherence of vulnerable groups who protest for a variety of reasons.

Far right extremists can be identified. Influenced by US conspiracy theorists, financed by Trump supporters, they perceive health care intervention to protect lives as a socialist plot. The poisonous Texan Senator Cruz said that Australian governments’ vaccination campaigns showed that this country had become a ‘totalitarian dictatorship.’ In an Orwellian interpretation of freedom, that bully’s one-dimensional message is easily grabbed by Australian imitators such as Clive Palmer and Craig Kelly.

A first step in responding to cries, ‘We want our freedom’, is to avoid dismissal of all protesters as extremists, as one homogeneous mob. Mill wanted ideals of liberty to be judged by the intricacies of society’s standards not by a government’s laws. He would have argued that the Ottawa truckers and the anti-democracy group who co-opted a few Aboriginal citizens to attack the Canberra based Aboriginal Tent Embassy, were accountable to standards set by the aspirations of communities.

In both instances, enraged community members argued for their liberty against the tyranny of a minority. Ottawa citizens eventually demanded that the blockading truckers were bullies who should go home. Representatives of Indigenous Australians have identified the Tent Embassy as an expression of Indigenous sovereignty, a permanent symbol of protest against white supremacists’ belief they can do what they like.

Protecting freedoms requires the nuanced thoughtfulness of John Stuart Mill to show that dangerous authoritarianism comes in many forms, in the delusional but influential evangelical movements favoured by anti-democrats Trump, Bolsinaro, Duterte and Orban, or in the power-at-all-costs domination of democracy by fossil fuel corporations.

Beyond extremism, responses to the in-between protesters merit what Mill described as the desirability of remonstrating, reasoning, persuading, entreating those whose personal grievances needed to be taken seriously. Such thoughtful responses would characterise a sophisticated democracy, and a humane and tolerant society.

Democracy is eroded by selfish, untruthful, often violent individualism. It can be protected and embraced by freedoms which celebrate collective interests, which oppose dogma and reflect instead a life enhancing chemistry of diverse points of view.