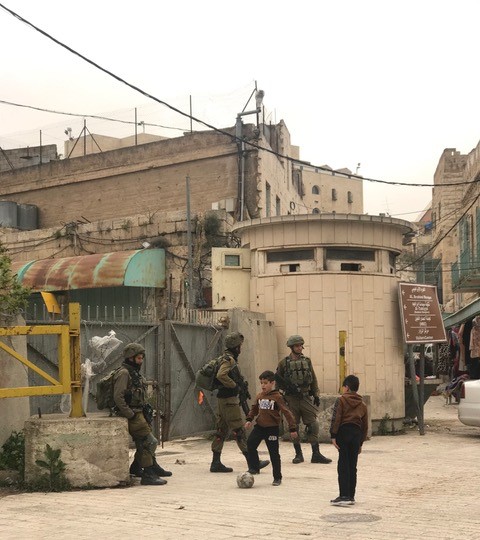 The Legacy of The Nakba

On 15 May, 1948 the State of Israel came into being. Every year since, on May 15, Palestinians around the world mark the Nakba, or “catastrophe”, referring to the ethnic cleansing of Palestine and the near-total destruction of Palestinian society in 1948 onwards. The Palestinian experience of dispossession and loss of a homeland is 73 years old this year and the conflict continues.

The 1947–1949 Palestine war was a war fought in the territory of Palestine which was under the British Mandate until 1948. It is known in Israel as the War of Independence and in the Arab world as the Nakba. During this war, the British Empire withdrew from Palestine.

Between 1947 and 1949, at least 750,000 Palestinians from a 1.9 million population were made refugees beyond the borders of the state. Zionist forces had taken more than 78 per cent of historic Palestine, ethnically cleansed and destroyed villages and cities, killing Palestinians in a series of mass atrocities, including more than 70 massacres.

Israeli deaths and injuries also occurred with indiscriminate bombing of Jewish cities, settlements, and armed forces by the Arab Liberation Army composed of volunteers from Palestine and neighbouring Arab countries.

The war culminated in the establishment of the State of Israel by the Jewish people and saw a complete demographic transformation of the territory occupied by and under the control of Israel.

Jordan and the United Nations Relief and Works Agency for Palestine refugees (UNRWA) resettled 28 refugee families in Sheikh Jarrah in 1956. These families had lost their homes during the Nakba of 1948. Jewish families living in Sheikh Jarrah who also fled during the war received alternative property for their loss from the Israeli government - homes formerly owned by Palestinians.

After Israel annexed East Jerusalem in 1967, it passed the 1970 Legal and Administrative Matters Law, allowing Jewish families to reclaim lost property they allegedly owned in East Jerusalem. In addition, the 1950 Absentee Property Law, and its amendment in 1973, prevents Palestinians from reclaiming their property in West Jerusalem and throughout Palestine and Israel.

Ongoing expansion by Jewish settlers into the designated areas of Palestine along with the denial of equal rights for Palestinians are major pressure points in a volatile environment.

Fast forward to 15 May, 2021 and arguably the Nakba has not ended. Violence, forcible evictions, destruction of Palestinian homes in Jerusalem, the West Bank and Gaza are a regular occurrence in the Occupied Territory of Palestine. Death and terrorisation of both Palestinians and Israelis continue.

The UN Office for the Coordination of Humanitarian Affairs (OCHA) estimates that currently some 218 Palestinian households in East Jerusalem have eviction cases against them, most of which were initiated by settler organisations, placing some 970 people, including 424 children, at risk of displacement.

Since 2017, 15 Palestinian families have been evicted from their homes in Jerusalem’s Old City and the neighbourhoods of Sheikh Jarrah and Silwan. In many cases in eastern Jerusalem, the forced eviction of Palestinians occurs within the context of Israeli settlement construction and expansion.

Nahalat Shimon International, a private settler company registered in the United States, has been driving eviction lawsuits against families in the Karm Al-Jaouni area of Sheikh Jarrah since 2008. According to OCHA, between 2008 and 2009, Israeli authorities forcible evicted 55 Palestinians, including 20 children, from their homes in Karm Al-Jaouni, and immediately handed them over to Israeli settlers.

OCHA’s demolition database reveals that this year, 44 demolitions, evictions, confiscations or seizures of Palestinian properties have taken place, including two in Sheikh Jarrah.

Nearly 21 per cent of all demolitions, evictions, confiscations or seizures of Palestinian properties in 2020 took place in East Jerusalem.

Israel, as a state party to the Fourth Geneva Convention, has an obligation to protect occupied civilians and refrain from transferring populations in or out of occupied territory.  Supporting constant settler expansion into Jerusalem and the West Bank is contrary to humanitarian law and does nothing to support a just peace in Israel and Palestine.

With continued settler expansion conflict has increased. This year, tension has been building for weeks during the Muslim holy month of Ramadan, amid clashes between Israeli forces and Palestinian protesters taking place in and around Jerusalem’s Old City and Sheikh Jarrah neighbourhood.

Increased tensions on both sides resulted in Israeli police storming into the Al-Aqsa Mosque on the compound known to Jewish people as Temple Mount and to Muslims as the Noble Sanctuary. Hundreds of Palestinians have been injured, with Israeli police firing tear gas, stun grenades and rubber-coated metal bullets.

In retaliation Hamas issued an ultimatum on 10 May, 2021 demanding that Israel stand down its security forces from the Al-Aqsa Mosque compound in Jerusalem.

A man, in this sense, true to his word.

The Israeli occupation force has said they have added reinforcements near Gaza’s eastern enclave following the firing of rockets from Gaza. On 15 May, 2021 Hamas is said to have fired another barrage of rockets towards Israel, hitting the Israeli city of Ashdod.

Israel continues to bombard the Gaza Strip with air raids and artillery shells stepping up its deployment of troops and tanks notwithstanding the international community’s call for a cease fire on both sides.

As of early Saturday 15 May 2021, at least 137 Palestinians, including 36 children, have been killed and 920 men, women and children have been wounded since hostilities flared up on 10 May 2021.  The UN reports that 10,000 Palestinians have been forced out of their homes in the Gaza Strip, as the death toll from Israeli strikes reaches 137. At least nine people in Israel have also been killed.

In 2019 I saw Israeli Women in Black actively campaigning in Jerusalem for an end to the occupation. Most of the women were returned Israeli Defence Force soldiers. Their view was that there will be no peace for anyone until the Occupation ends, they want their children to live in freedom without fear, without the need for compulsory service in the military.

They want equality. So, every Friday at noon they stand on a busy Jerusalem Street, just down from Alrov Mamilla Avenue in Jerusalem, a silent vigil calling for an end to the occupation.

The future - Palestinian and Israeli children always pay the heaviest price in these outbreaks of violence, leaving those who survive not only physically scarred but also emotionally damaged.  What do they know but war, violence, distrust, loss, uncertainty, destruction of culture and community and fear - the Legacy of Nakba.

Some of the photos in this article were taken by me in 2019 while I lived in Hebron providing an impartial volunteer humanitarian presence in Palestine and Israel.  I ask myself, has anything changed for Palestinians and Israelis since then?

The answer is yes. There is an increase in death, destruction of property, dispossession and in the realisation of war with Palestinians and Israelis being unsafe in their own country.

You could be forgiven for thinking these issues are for the Jewish people and Arabs to work out – the conflict in the area has been going on for centuries, what can you do anyway. But it does matter.

Conflict in the Middle East will have an impact on yours and your children’s future – any ignoring of human rights in any part of the world will affect your children and grandchildren’s future. Think of the graffiti on a wall in the Gaza strip attributed to Banksy – “If we wash our hands of the conflict between the powerful and the powerless we side with the powerful, we don’t remain neutral.”

I encourage you to write to your representatives calling for an end to the Occupation and action which supports a Just Peace in Palestine and Israel.

In 2019 Kerry Sawtell spent three months as a humanitarian volunteer in Israel and Palestine with the aid agency Act for Peace.  More information can be sourced at Act for Peace.