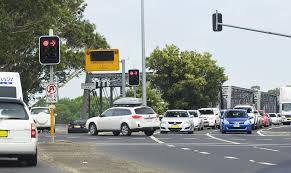 The very last place where the Pacific Highway upgrade to dual carriage is being completed, is where the memorable horrific Cowper bus crash tragedy occurred in 1989. It took until 2013 for the 1989 Kempsey bus crash site to be completed. Why?

Traffic in Nowra has become beyond intolerable for a country town and region which depends on tourism, accessible by road only, once you have crossed the Shoalhaven River. Every day, all day, but worst in the morning and evening peak hours, traffic is filling Nowra streets to gridlock, and the highway is almost paralysed, while locals attempt to get where they are going. The frustration is palpable, and it isn’t even holiday-time yet. It is far worse than it ever was before the second bridge was completed in 1981.

After the third bridge, we will have nine sets of traffic lights and eight roundabouts to get through Nowra, with no overpasses or grade-separation construction, to alleviate the stop-start traffic flow. How deplorable that a regional town should be neglected in such a way! It is difficult enough to keep the CBD alive and to stop people spending their hard-earned dollars in Shellharbour and online, without having to deal with this chaos.

Where have all the vehicles come from? Where have all the people come from? Maybe businesses could consider shifting opening and closing times – as in the US where shops open at 9.30 am – or maybe children can form ‘walking buses’ to get to school safely. Something has to change, before the bridge-construction really has its effect on the traffic, as until now it has been minimal.

Our single river-crossing is servicing over 110,000 local people alone, including the north and central Shoalhaven. In the event of a major blockage, the next crossing is Oallen Ford, 59km south of Goulburn, a 276km round trip, almost four hours on a good run with normal traffic. Imagine the inconvenience!

Maybe it is time to reconsider, again, having a railway crossing the river, travelling further down the coast, supported by light rail, and small electric buses to and from the villages, to save commuters driving to work every day.

Back to my first questions: we don’t protest enough, and we continue to be neglected because our vote is so predictable at the state level. Very little has been spent up until now, in the South Coast and southern Kiama electorates. The federal election brought out the vote-buying promises for Milton. Where is the REAL need? Now’s the time to protest LOUD AND CLEAR! The answer to all questions is pure and simple. It’s all political, whichever way you look at it!

We don’t deserve such negligence. JUST STOP IT!