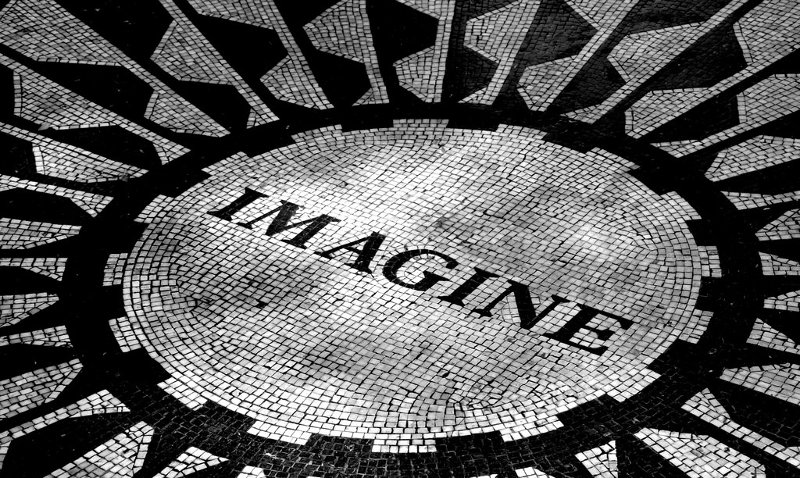 On the surface, there is much that reassures us in our everyday life. The sun shines, the ocean sparkles blue, the trees splash green across the countryside, and someone somewhere can raise their mouth upwards into a smile.

But scratch below the surface and a cruel world is not far behind. Cruelty has long been a feature of states’ domestic and foreign policies but is seldom acknowledged. Governments voice respect for human rights yet promote discrimination, violence and suppression of critics.

Stuart Rees is a local Shoalhaven resident and a regular contributor to The New Bush Telegraph. With his new book Cruelty or Humanity due out in bookstores in Australia on 23rd September, I spoke to him about his new publication and whether 2020 will be the catalyst for change we so desperately need.

“I’ve seen so much cruelty around the world, but it is ignored in social, economic and public policy,” Rees tells me. “Cruelty is a priority in domestic and foreign policy in almost every form of government in every country. The more I got into it, the more intrigued I became.”

A lot of policymaking in our world today stigmatises one group over the other. It makes a distinction between worthy people and allegedly unworthy people; a tactic that has been going on for centuries and is spread across every culture. It is so deeply engrained that it happens in all societies - democracies and dictatorships and bureaucracies.

If you stigmatise the other, whether it’s Indigenous people, or unmarried mothers, or asylum seekers - people who are not ‘like us’ - it gives governments, politicians, and the people who represent them, an entitlement to be cruel. That’s why it happens; that’s how it happens, and that is how it continues. Let’s unpack this a bit.

Most of the cruelty, Rees believes, is committed by men, so it is men’s behaviour that has to change, and it has a lot to do with the language we use and whether it is violent or nonviolent.

The message is strongly presented throughout the book using a combination of stories, poetry and experiences readers can hold onto while processing the overriding message of compassion and humanity.

“There is a matter of urgency because the cruelty isn’t only being done to human beings and animals,” he urges, “but also to planet Earth. We have been very aggressive and destructive, towards the only means of existence that there is. So, the need for change is urgent.”

The very values needed for change, are largely lacking in the political centres of the world; London, Washington, Moscow, Beijing, Canberra. Rees has a lot of concerns for how things will pan out following the very strange start to both 2020 and the new decade. 2020 is after all the crucial decade for changing the fate of the climate and ecological crisis facing us all. Rees feels this perhaps more strongly than most, big picture philosophy very much his field of expertise.

After any big global uncertainty – perhaps a war, market crash, drought or pandemic – opportunities fill the air, and the outcomes, the future, depends on who emerges the champion and leads the recovery brigade. In this case, as Rees sees it, the ‘vaccination illusion’.

We have just seen evidence that Trump lied to the American people to downplay the severity of Covid-19 so as not to panic the people. Here, recovery has become a political battle towards an economic benchmark with federal and states battling across the divide.

Agenda is everywhere and people are left with no idea of what is really best for them or in their best interests. What is censored, what is truth and what is lies has become blurred and who exactly is calling the shots and making decisions and why, may never be known.

“There’s not much evidence that the mainstream media know how to write about bullying, aggressive behaviour, or to challenge it,” Rees reflects, pausing to release a sigh. “Of course, there should be great opportunities in 2020 because of what’s happening, but my concern is that the illusion about the vaccine and the noise about returning to normal, makes me feel a bit pessimistic.”

Rees sees political education as the key to providing a way forward – realising that everybody is the product of power relationships and that numerous agendas cloud the way.

The conclusion to this story is about the need for a language of humanity. We can’t plan a more socially just future unless we have the language with which to do it.

The interdependence that we are all one race and that there’s not much difference between us.

There is a quote towards the end of the book from the wonderful visionary historian Howard Zinn, where he says if we could imagine that all the world’s children were our children, war would never be committed. That is what Rees means by the language of humanity, the language of interdependence. It is about seeing things differently to what our conditioning has taught us. It’s about seeing past imposed limitations, seeing possibilities and a fresh future, where things are better and not worse, and where we are more connected, rather than isolated and disconnected.

A Language for Humanity

Rees uses poetry throughout the book, as a means to illustrate experiences a world apart, both geographically as well as in terms of lived experience. It is about life as theatre because that’s what poetry and other creative mediums introduce. It could be your poetry, or it could be William Shakespeare’s poetry. What poetry does is it allows all of us, if we make time for it, to imagine visions that don’t usually occur. It opens our mind to possibilities.

The Indigenous poet, activist and educator, Oodgeroo Noonuccal has answers for all the problems in the US and for racial injustice in Australia. In her poem All One Race, she writes the words, “I’m for all humankind, not colour gibes; I’m international, and never mind tribes.” This is the very language of humanity.

I ask Rees how we can get to that point of humanity from where we currently are, and he tells me it is all about stopping the greed and the selfishness that is part of this violence.

“I was taught that policy should be the domination of altruism over egoism, yet I was outside the Supreme Court in Sydney the other day to speak on behalf of Julian Assange. The building inside was full of well-heeled lawyers and yet not one of them turned up to support this persecuted Australian citizen, and the journalists didn’t turn up either. So the question on unselfishness on behalf of the other is something that has to be learned; not necessarily from school, but from university, from newspapers, from conversations.”

The Place of Courage

Using stories helps readers to pick up on the tales of life so different from ours across the other side of the world. Rees tells the story of a man locked away in a refugee camp for 30 years with his family and fellow countrymen, who said he only wants a chance to prove that they are human beings. Simple, humble words.

The book also contains stories of courage in public life. Rees believes it is important to have the courage to speak up in any society, but particularly in police states. He describes his admiration at the courage of young men and women, particularly young women, in the streets of Belarus at the moment. Their courage is so compelling, you would want to go there and follow them and support them, such is the infectiousness of their conviction and passion.

Historically cruelty has been central to the way states behave, democracies, dictatorships and so on. On the other side of the coin is the potential to build a great sense of optimism about the future.

He continues “We have to have complete equality between the sexes. We can’t have the continued male domination, which is a problem in Australia and a massive problem in so many parts of the world. Still. The language of nonviolence is disproportionately the language used by women, and so women will be crucially important in bringing about this change.”

In Cruelty or Humanity, Rees documents case studies from around the world, highlighting cruel motives and the resulting actions we can take to change these outcomes in the future. He uses first-hand observations from his travels to war zones, refugee camps and persecuted communities and draws on the insights from international poets. While the content is hot, the reading is easy going and soothing.

Rather than leave us hanging, Rees provides practical solutions for courageous action we all can take to support nonviolence in every aspect of public and private life. Anyone who holds concern for the survival of people, animals and the planet should read this book.

Cruelty or Humanity by Stuart Rees, will be available in bookstores across Australia from the 23rd September.