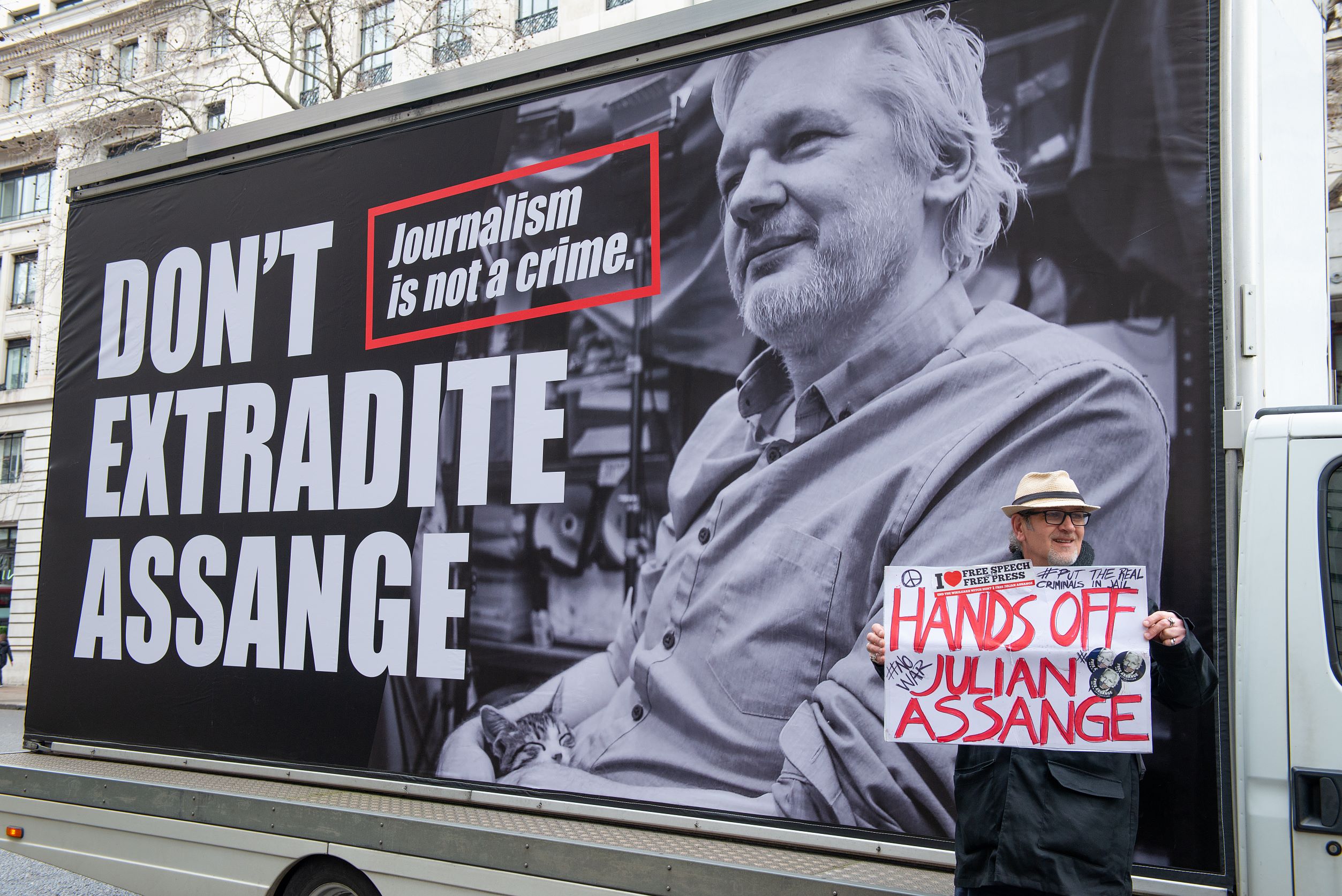 Julian Assange’s Freedom is Important to Us All

By Bonnie Cassen and Sandra Lee

With the extradition of Wikileaks founder Julian Assange to the US now approved by UK Home Secretary Priti Patel there is a small window for him to make an appeal.

In Australia the divide between government and its citizens has never been wider with distrust growing daily. Attacks on democracy, human rights, freedom of press, and our rights as citizens to protest.

Constant attacks on any dissent are by a weak government that doesn’t like criticism. It's an attack on the public's right to know the truth. It’s an attack on democracy. They send the riot squad to peaceful rallies, all decked out with shields and weapons.

As citizens of the free world, people have a right to know what a government does in their name. Julian Assange’s reporting and the evidence supplied by Chelsea Manning is chilling and needed to be told. Instead of prosecution, they should have been applauded for their efforts to bring truth and justice to the table. Both have paid a high price for their conviction and their honour. If you haven’t seen the Wikileaks Collateral Murder story, in particular the brave US soldier Ethan McCord’s eyewitness story, you should. Whilst not pleasant viewing, it is important to see, and to share. To know.

WikiLeaks has brought to the world’s attention war crimes in places like Afghanistan and Iraq that would not otherwise have been exposed. War crimes that should never have accrued. Whistle-blowers are good people who have a conscience and the courage to speak out about something that is fundamentally wrong.

The journalist’s role is to help them to do that, acting on behalf of the public - our right to know, the need for people to know, so that change can come about.

Over 1000 journalists from over 100 countries throughout the world have joined together to support Julian Assange’s release and oppose his extradition. Our government should be doing everything it can to bring Julian Assange home too. Instead Morrison, when prime minister, said he wouldn’t give Assange any “special treatment”, and he would do what would be done for any Australian in his situation. Pity poor Australians because apparently that is jack shit, zilch, zero, nothing.

In 2017 filmmaker James Ricketson was sent to prison in Cambodia on trumped up espionage charges and now tells of his consular assistance from the Australian embassy which amounted to a toothbrush, a paperback book, old Cambodian newspapers and mail from Australia; and that was it.

So despite our government’s assurances that they are doing what they can, we really need to know exactly what assistance Assange is getting.

Advocacy in the federal parliament has come from both independent MP Andrew Wilkie and The Greens and support does appear to be increasing. Last December, on ABC Radio, Anthony Albanese called “enough is enough”, indicating that he believed Assange had suffered enough and should be set free. He also said that as an Australian citizen there “should come an obligation of the Australian government to ensure that he receives appropriate support”.

But despite this pre-election rhetoric in favour of Julian Assange’s release, the new Australian prime minister is sitting back doing nothing while he watches one of our citizens slowly dying in a high security British prison. While the dangerously ill Assange awaits extradition to another torture cell in the US it would be convenient for the Australian, UK and US governments if he quietly died in captivity without having to face trial; and the conditions that he is incarcerated in at Belmarsh Prison are likely to achieve just that.

After the extradition order was made, Julian was strip-searched and moved to a bare cell, supposedly because the prison guards were afraid that he would self-harm. This sort of treatment is humiliating and demoralising and amounts to torture over a period of time.

Sadly, without special treatment Julian is likely to die in prison. His mental health is deteriorating and he is presently on suicide watch. He recently suffered a stroke and if extradited to the USA he will probably not survive.

This week Albanese slammed ‘capital letters’ in favour of diplomatic persuasion; but it’s not just Twitter calling out loudly. Every political somebody with the courage to speak up is now calling for Australia to act for Julian Assange’s safe return. Bob Carr, for a large number of very good reasons, believes if Albanese asked Joe Biden for Assange’s freedom, it would be granted.

If Julian Assange is extradited to the US and is sentenced to 175 years jail for espionage crimes, it has serious implications for journalists everywhere. We are in serious danger of losing press freedoms. Do we really want a future where journalists can’t publish and expose an unpopular truth because the consequences could mean imprisonment or death? Do we want to give governments more power to deceive us?

Critics say Assange isn’t a journalist, that he is a narcissist, that his character has been called into question. Others say he brought this on himself.