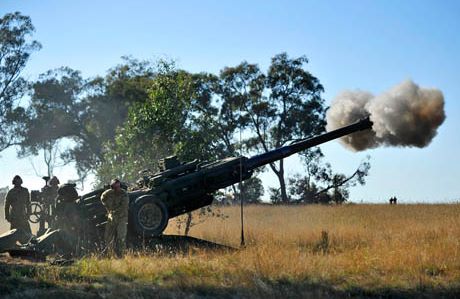 As long as there’s a profit to be made, who cares about human rights? As long as Australia becomes a leading arms exporter, it does not matter who the clients are or whether anyone suffers from such sales. This is particularly so if the purchasers happen to be African countries experiencing extremes of instability and violence.

Australia’s sales in 2020 of $5 billion worth of military equipment to African countries Libya, Somalia, Sudan, Mali, Zimbabwe, the Central African Republic and the Democratic Republic of Congo are reported by SBS’ Dateline to be more than the country’s yearly export value of wine, wool or wheat. This beggars belief and conceals a culture which says that in corporate and government circles, you do what you can get away with, and appeals to human rights principles will be fruitless.

In this controversy, two major issue stand out. First, what values make Australian corporations and governments consider that involvement in arms exports is a worthy commercial enterprise. Second, what is the justification for sales of weapons to countries involved in war, which use child soldiers, which torture opponents, execute prisoners and commit other human rights abuses.

In 2008 as Defence Minister, and before he resigned from Federal parliament, Christopher Pyne said he hoped that Australia could become one of the top ten arms exporters, whereas in previous thirst for violence league tables, Australia had languished in 20th position. In political circles this admirable goal appeared to be taken for granted.

A political culture seems to admire successful arms manufacturers such as the Israeli company Elbit who are one of Pyne’s clients. An influential supporter of the Australian Labor Party, albeit an Israel loving lady, is also a registered lobbyist for the same arms manufacturer. That company makes killer drones, large weapons systems and ammunition for use against civilians. Advertising for that company says the weapons are ‘field tested’ which almost certainly means experiments for use against Palestinians in Gaza.

A bitter historical irony infects the promotion of Australian arms sales to Africa. It must have dawned on someone that as Africa had experienced slavery, genocide and massive exploitation of natural resources, it was surely an almighty immoral policy to continue violence by selling arms? In the Defence Department’s apparent deliberations, Zimbabwe abducting and torturing opponents can be ignored, Burkina Faso executing prisoners is not a commercial consideration and Eritrea being ruled by a totalitarian dictator should not hinder arms sales.

In a culture which thinks that militarism and related use of force is the way to solve conflicts, ‘defence’ can be construed as a means of profit, witness the Australian Defence Department issuing corporations with thirty-one permits to export weapons and military technology to Africa.  In a state of anomie where almost anything can be tolerated, African countries known to abuse human rights can be treated as no different from those which are considered respectful of civil liberties and international law.

How this culture proceeds can be explained by the second issue foreshadowed above: how arms sales to Africa are explained and justified.

Then comes the lofty claim that Australian sales ‘will not breach human rights or other international obligations.’ Given the evidence of sales to African countries at war or adept at violence towards opponents, that claims sounds hollow. An apt reaction would be to say, ‘how do I believe this?’ or ‘pull the other leg.’

Once socialised by bureaucratic routines, words can be given different meanings. ‘Defence’ can mean selling arms as long as there are ‘no risks to Australia’s national interests.’ Whose interest? How defined? Australian Defence’s advertising of armoured vehicles, mortar systems, automatic assault rifles and drones equipped to carry lethal payloads could lead to the defence of victims of violence in Africa. Really?  In this dangerous Trump like culture, words have Humpty Dumpty connotations, developments are ominous and mostly secret.

To the question whether Australia can check that arms sales do not contribute to human rights violations, the answer is ‘no we can’t’, yet like the operation of a blind trust to pay a prominent politician’s legal bills, no one should bother, nothing should happen.

Australia does not know what happens to weapons exports once sales have been completed. The Defence explanation is another exercise in ‘dodge the issue if we can.’ Defence says, ‘Australian legislation does not have extra territorial application.’

In the competition for arms sales, African countries become clients and victims. Australian companies and government might rub their hands at a financial bottom line but in struggles to observe human rights, Australia trashes its reputation and worst of all, does not seem to care.