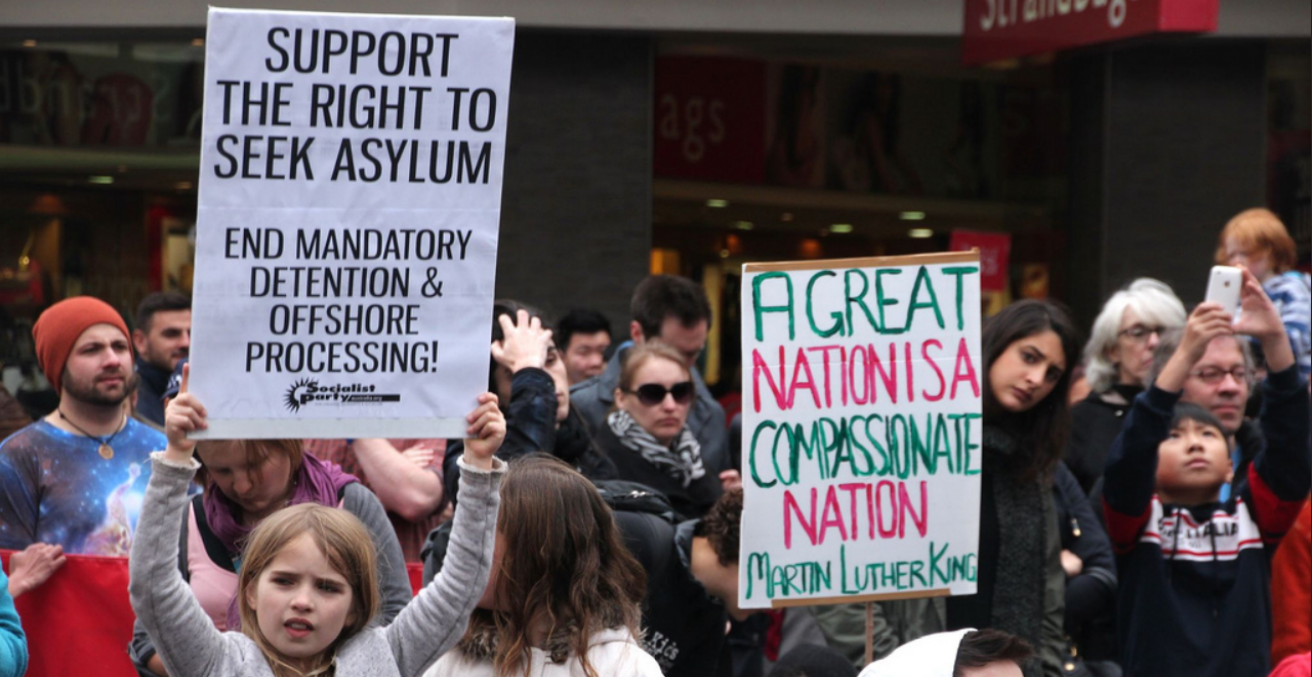 Cruelty fostered by government policies is evident in harm to the bodies and minds of powerless individuals, but regarding Australia’s treatment of refugees, the charge of cruelty now reads like an understatement.

Australia’s reprehensible treatment of refugees now goes beyond cruelty, and instead could be described as evil.

Morally reprehensible, years-long dehumanising treatment of refugees in Melbourne’s Park Hotel illustrates evil equivalent to a permanent virus which we are told we must learn to live with.

To reframe a description of an Australian government’s policies from cruel to evil, I acknowledge the insights and outrage of Crikey commentator Guy Rundle. Writing on January 12, he refers to the treatment of Park Hotel refugees as “an evil that manifests itself in plain sight”. His charge was confirmed by the experiences of 24-year-old detainee Mehdi Ali, who was only 15 when first imprisoned, after he tried to escape oppression in Iran by travelling to Australia by boat.

Powerful, proud Canberra politicians have been so preoccupied with appearing strong towards powerless refugees that they appear to enjoy inflicting psychological harm, a practice described by Rundle as “just straight existential horror, weaponised to create permanent damage”.

Speaking of evil needs careful caveats. Degrees of evil could be plotted on a continuum, from one miscarriage of justice to headless bodies piled high in the streets of a Syrian town taken by ISIS. The latter macabre picture could be easily recognised as evil, but extremes of cruelty do not imply that apparently lesser acts might be tolerated. One evil act allowed becomes contagious, one refugee unjustly punished metastasises into a policy’s natural order.

A second caveat concerns a worldwide spread of evil. The morally repugnant treatment of refugees by an Australian government compares to the policies of other states, where potential for evil is massaged by authoritarianism, by disdain for democracy and for human rights.

Massive death tolls from responses to riots by prisoners crammed in South American jails, most recently in Ecuador, show taken for granted evils in prisons, not only in poor countries.

The UK’s Ministry of Justice records that in the past year, prisoner suicides increased by 28 per cent. Distinguished Observer journalist Nick Cohen describes a mental health disaster. When Covid hit, 80,000 inmates had to stay in their cells for 23 hours per day. An estimated 70 per cent of inmates already suffered from two or more mental health conditions.

Australia’s treatment of Indigenous prisoners is also beyond belief. In The Saturday Paper of January 29, Dechlan Brennan recalls the 2008 death of a Ngaanyatjarra elder Mr Ward who suffocated in a Western Australian prison van when the temperature was 56 degrees Celsius The same author describes northern WA’s Roebourne jail where 80 per cent of prisoners are Indigenous, a majority have pre-existing mental health conditions and temperatures inside prison cells hover around 50 degrees.

As a means of assessing policies, the criterion ‘evil’ produces many candidates, including UK, US, Australian politicians and judiciary obsessed with revenge towards courageous Australian citizens Julian Assange, Bernard Collaery, David McBride and the Sri Lankan Biloela family. The cruelty becoming evil in these cases is so deep seated as to make the policies structural, almost inherent in national psyche, therefore more difficult to eradicate.

In a country which in Rundle’s terms has become “a leading-edge laboratory for new techniques of managed dehumanisation”, abuse of refugees has become normal. In the weeks preceding a federal election, such normality needs to be replaced by resolve to respect human rights, to speak of kindness and generosity as features of a common humanity, that priceless, easily available vaccine.

In her inimitable commentary on the evils of an old normality, Arundhati Roy provides an inspiring alternative. She writes of a chance, “… to rethink the doomsday machine we have built for ourselves. Nothing could be worse than a return to normality.” Covid, she says, is “a gateway between one world and the next. We can choose to walk through it, dragging the carcasses of our prejudice and hatred, our avarice, our data banks and dead ideas, our dead rivers and smoky skies behind us. Or we can walk through lightly, with little luggage, ready to imagine another world. And ready to fight for it.”

On that journey, abolishing evil towards all refugees, towards Assange, Collaery, McBride and the Biloela family would be a start.