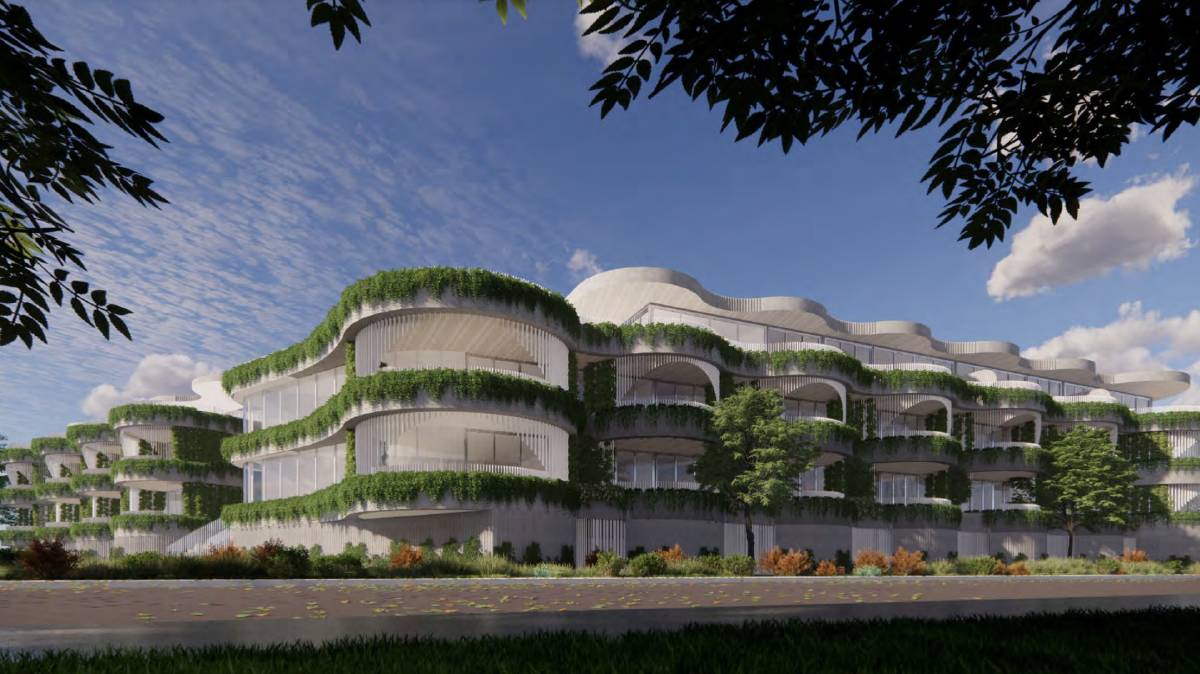 The controversial new design and construction changes for 4 Murdoch Street Huskisson has community members shocked – and for good reason. The local community group, Keep Jervis Bay Unspoilt (KJBU) have fully examined the details of the proposed changes and urge the community to seriously consider making a submission. Comments close on 31st March so hurry.

Everyone is entitled to express their opinion and obviously the more people who do this the better. What the owner and their planners regard as suiting the location and contributing to the area, may not be the same as what local people think.

The proposal must meet strict planning policies. Some rules are subjective for example Objective 3C-2 of the Apartment Design Guidelines (SEPP65) states: "Amenity of the public domain is retained and enhanced." KJBU argues that the modification does not meet this objective. The Council’s development team has the job of weighing up the different perspectives regarding this point. KJBU is hoping that over the next few days many people will send in their views.

The historic rezoning to Mixed Use (B4) seems ridiculous being so close to the Marine Park, a National Park and in a flood-prone area. The modification has been proposed on a 10-year-old DA that the council refused to review. This resulted in a campaign by locals wanting to somehow get a better result. Unfortunately now we can only comment on the proposed modification, not previous decisions made by Council.

What was wanted was a downsizing of the project that reduced the impact and threat to the environment, and for a while, there was hope that the new owner would listen to the community's concerns. However when we saw the new design it became clear this was not the case. This is your last chance to speak your mind about this development.

The Developer is asking to modify the original DA in the following ways:

Submissions must be received by COB 31st March 2022.
Alternatively you can send an email to council@shoalhaven.nsw.gov.au, with Attn Development DS22/1032 in the subject. You can also copy the email to the Mayor and Councillors.

Keep Jervis Bay Unspoilt have read the plans and reports in detail. They have sought opinions from supporters and done the necessary fact-checking. KJBU is opposing the modification on a number of grounds and urge Council to challenge a number of suppositions made in the application.

Here is a list of the concerns KJBU have based their submission on:

KJBU urges readers to have their say, whether it is a couple of sentences or longer, please get it in by 31st March.

This development raises bigger issues for the Shoalhaven Council to consider. KJBU believes the flood mapping needs to be urgently reviewed. Coastal Vulnerability mapping is needed for the whole of the Shoalhaven area, not just Jervis Bay. Waterways and coastal protection often clash with tourism and development. Regardless of decisions made about this development, KJBU will endeavour to lobby Council to prioritise these two issues.

If readers would like more information, they can email ourfutureshoalhaven@gmail.com