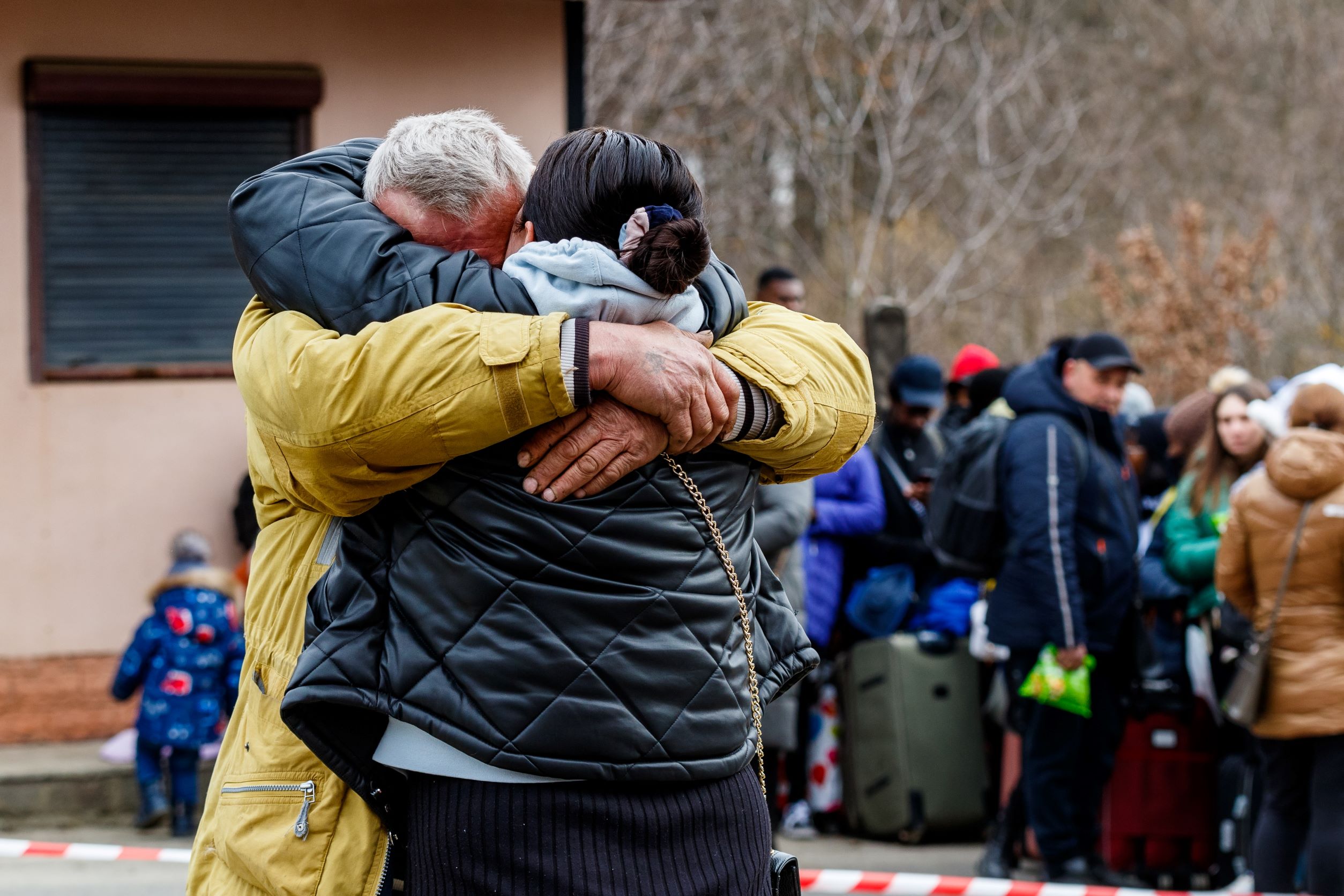 Searching for Peace in Ukraine

Instead of searching for peace in Ukraine, western leaders and western news media have promoted US/European solidarity in opposition to Russian violence, a trend nurtured by enthusiasm for ways to arm Ukraine and punish Putin.

This trend includes calculations about fatalities and associated conclusions as to who might be losing or winning. On this basis, it looks as though destruction and misery must be tolerated before peace is considered feasible.

But in every conscience and capital, deliberations about peace can start today. How? What stands in the way?

Policies concerned to protect nation states with military power, suggest that threats to human existence are coming from wars fought by tanks, missiles and threats to use nuclear arms.

This is absurd. The narrative should change. In the run up to peace talks, all the protagonists would need to be asked, why the militaristic violence when the world faces destruction from the consequences of climate change and the persistence of pandemics? That reminder will not produce peace, but in any debate about peace in Ukraine, it would have to be on the agenda. International solidarity to confront climate change could replace nations’ need to find another enemy.

Commentaries about the carnage in Ukraine have been dominated by two issues, each of which needs to be acknowledged though neither contributes to alleviating the conflict. The first concerns the suspect moral equivalency arguments that the expansion of NATO caused this. The second emphasises the massive hypocrisy of the West’s foreign policies.

In any prelude to peace, these contentions should be acknowledged.

Explanations of Putin’s decision to invade Ukraine have identified the West’s indifference to Russian perceptions of NATO threats to their security. Since the early 1990s, significant US diplomats warned that the eastern advance of NATO membership was unwise and should be abandoned. US Secretary of State Anthony Blinken could have assured Putin that he took Russian concerns seriously, therefore Ukraine would not become a member of NATO. In the same breath he could have assured the Ukrainian leader that security for his country might be best achieved by not becoming a member of NATO.

In attitudes to sanctions, Western hypocrisy is overwhelming. The US Congress is enthusiastic about sanctions against Russia but has passed laws to criminalise any effort to boycott, divest and sanction (the BDS movement) Israel for its decades long occupation of Palestinian lands. Boris Johnson appears in Poland as a supporter of Ukraine joining the EU which members of his Tory party have spent their lives trying to destroy.

Acknowledgement of the significance of NATO membership and of hypocrisy would be part of a rehearsal to come clean and prepare to save face. That latter task includes Putin & Co, but I’ll come to that.

Immediate, constructive initiatives to promote peace must decry violence and indifference to human life and the prospect of Ukraine being governed by Putin/Lukashenko type thuggery should not be underestimated.

Faith in humanity has been temporarily restored by the highly impressive generosity of Poles, Moldovans and Hungarians towards Ukrainian refugees. Polish NGOs are providing food, housing, transport, psychological care and legal advice. That country, their organisations and citizens merit every kind of support, and in policy and practice terms are reminding Australian and UK governments of the meaning and benefits of altruism.

Support for brave Russian dissenters under the increasingly authoritarian Putin, and support for gutsy Ukrainian journalists are also part of any repertoire for peace.

If peace is not pursued, the alternative is to wait for even more humanitarian catastrophes in Ukraine, or for Russian forces to reduce Ukrainian cities to rubble, as happened in Grozny, Aleppo and parts of Damascus.

Powerful men and countries don’t like to save face by admitting truths previously denied. If a peace objective is to guarantee Ukrainian independence and security, agreement to suspend ideas of Ukraine being a member of NATO could be a small price to pay. Russia, the US and the allies supporting Ukraine would also need to repeat that the build-up of arms, including nuclear weapons threatens life on earth as much as climate change.

In the US, across Europe and in Russia, every party to conflict needs to speak that language and ponder those issues. In NATO countries, and in Russia, everyone would benefit from dialogue about war, economies, human misery and destruction via force of arms. That dialogue needs to occur without accusations being made that in the present polarised climate, approaches to Russian leaders would not make that person a potential Kremlin operative. On the contrary, they should be regarded as a visionary for peace.

In pursuit of that vital outcome, everyone can speak truth to power. Every exchange can emphasise the benefits of diplomacy and non-violence. No-one should be troubled by searching for peace.