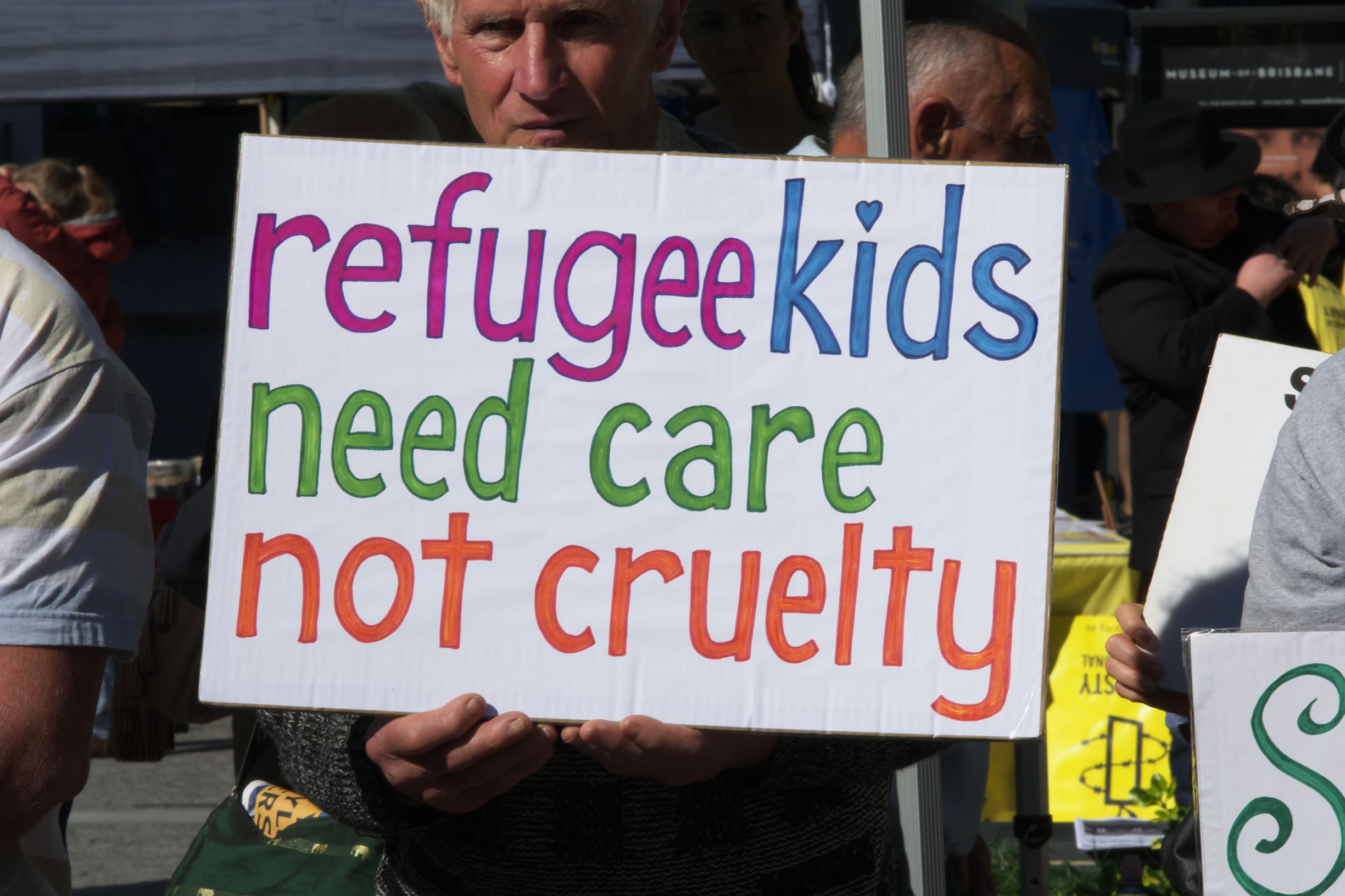 An Australian Story of Cruelty: the Biloela Family

On Monday, former immigration minister Amanda Vanstone was wringing her hands on ABC TV. Not on behalf of the persecuted Biloela family, though. She was crying crocodile tears to defend a powerful, inflexible government.

As if Vanstone’s scornful judgement about the stupidity of making exceptions to the rule in immigration matters was insufficient, viewers of Australian Story — focussed on the Tamil family seeking asylum in Australia — were also treated to clips of the prime minister’s previous statements insisting that if you come to Australia by boat, you will never be allowed to stay.

The Old Testament virtue of being cruel to be kind infects the man’s thoughts and actions.

The process by which cruelty has become a centre piece of policy may be denied but the very denial guarantees its continuation. Even in a democracy, men and women whose positions depend on a top down exercise of power, seem blind to the privilege of delivering judgements about people’s lives. It is as though they have a wisdom that mere mortals should not question.

I return to Vanstone, even though she is no longer part of a government and in certain media circles is even regarded as slightly liberal. Her good fortune is a chapter in Australian Story.

Vanstone has a radio program and until recently was a regular columnist for a major newspaper. Such means of influence guarantee a persistent flow of top down views about the merits of Australian mateship plus judgements about worthy and unworthy people: usually those who abide by the rules and those who allegedly do not.

On a crucial humanitarian issue, the utterances of such a broadcaster or columnist can paper over the fault lines in cruel policies and downplay the terrible costs to individuals. These fault lines and those costs are part of an unfolding history, underway for the past shameful decade, but actually operating for centuries.

In any culture or country, diagnosis of cruelty as policy always produces pictures of two phenomena: the fascination by people with authority to select and stigmatise the unworthy, and to exercise power in an abusive top down manner towards them.

Australian Story was not only about politicians. In the top-down investment in authoritarianism, numerous others oiled the state system and made it work.

Given uniforms, fast cars, even an aeroplane, other Australian citizens have been employed in a tragedy. Asked to arrest a family in the middle of the night, drive to a detention centre, fly to Christmas Island, deliver the judgment of a High Court — more judgements from on high — there was apparently no obvious difficulty for these extras to do the arresting, the detaining, the driving away.

Where all these players simply automaton cogs in policy wheels which churn out the message, “we must be strong, we will not allow these people to stay”?

Did any of these employees feel shame? Did any consider their acts part of a monstrous cruelty? Did any resolve, “I will not be part of this”?

That these feelings and words may have been expressed is unlikely. The past is the present. Massive cruelties towards those deemed unworthy have characterised a history of discrimination, conquest and detention which persists in today’s treatment of asylum seekers and refugees. Momentum from the past still seems too difficult to hinder let alone stop.

Australian Story was about years of cruelty towards a deserving family who should be able to live permanently with their admirable, humanitarian friends and supporters in Queensland’s Biloela.

But this Australian Story was also about a government preoccupied with a top down, abusive exercise of power, unable to consider any life enhancing alternative.