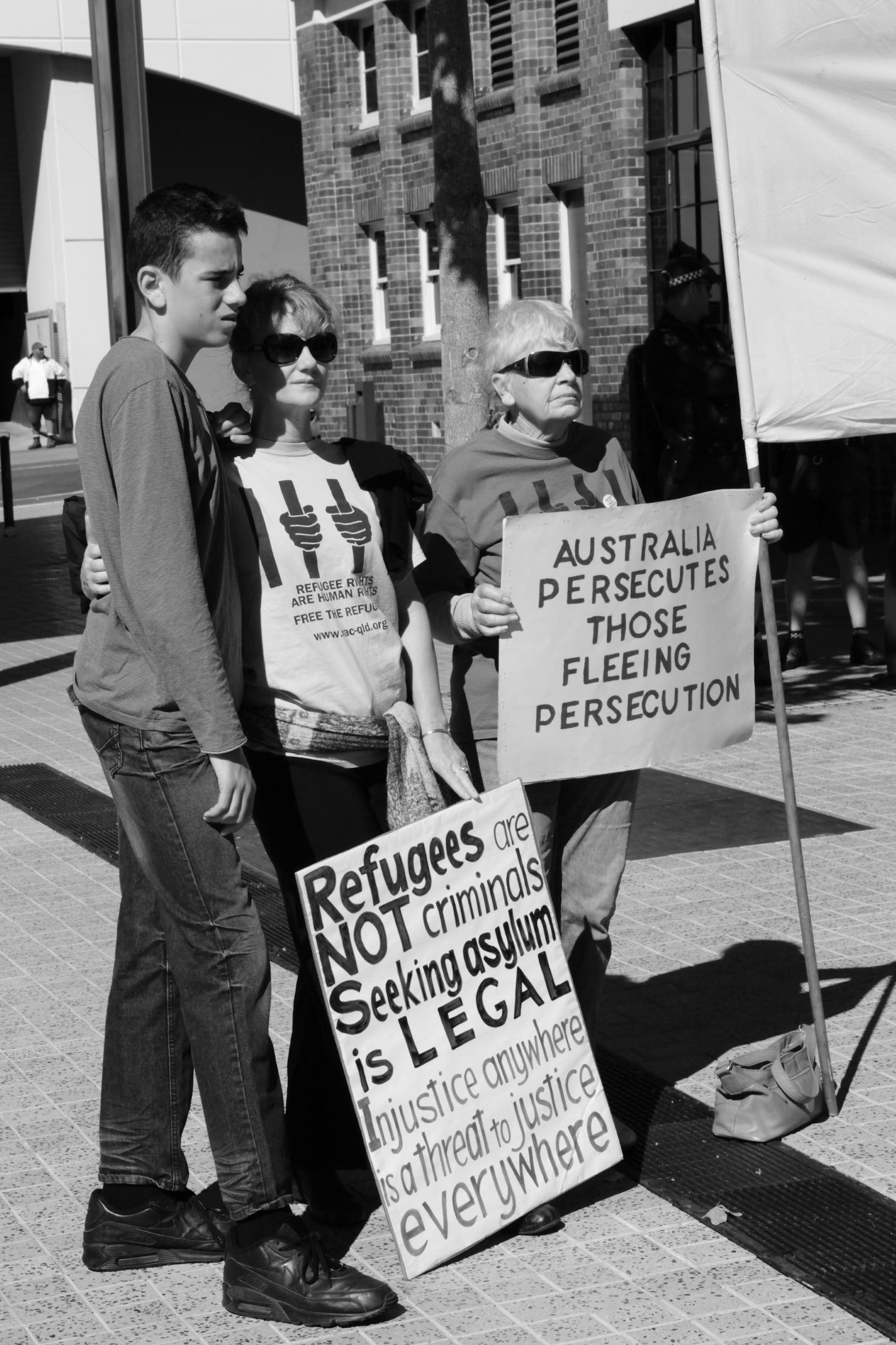 In a school playground, a little boy responds to being caught doing something wrong: “It wasn’t me sir”, or “It was those other boys”, or even “I would never do such a thing.” His ducking for cover matches the denial of responsibility characterising the Morrison government, not only regarding their cruelty to the Tamil/Biloela family.

The consequences of detention and claims about the high standard of health services on Christmas Island merit attention, but they follow other states’ traditions of denial as policy, in particular regarding evidence that killing through foreign policy, sometimes called defence, is routinely denied.

In the Syrian, Yemen and Afghanistan wars, spokespersons for US, Syrian, Saudi, Russian and Afghan governments claimed that modern, high precision targeting has transformed the nature of bombing. Forget about unfortunate collateral damage to civilians.

In the 2014 bombing of a Doctors Without Borders hospital in the Kunduz province of Afghanistan, the US and Afghan governments’ initial justification for forty-two fatalities was that Taliban terrorists were hiding in the hospital. To his credit, President Obama subsequently apologised for the false claims that innocent people were killed because they harboured the Taliban.

Following attacks in 2016 on schools and hospitals in Yemen, Saudi officials were accused of responsibility for the deaths of six hundred and eighty three children. Their spokesperson responded, "We exercise the maximum degree of care and precaution to avoid civilian harm."

In late 2017, Amnesty International released videos and satellite photographs showing eighty Rohingya villages in Myanmar being torched. Eyewitnesses gave accounts of murder and rape. In New York in September of that year, the Myanmar ambassador to the UN asserted, “No ethnic cleansing or genocide against Muslims.”

Between March 2018 and January 2019, in the March of Return protests staged by Gazans at the Israel/ Gaza border, Israeli snipers killed over 200 Gazans and maimed an estimated 20,000, many made cripples for life. Israeli Defence Force (IDF) spokespersons said their soldiers knew where their bullets went, and in any case, Israel has the most moral, most humane army in the world.

Degrees of denial may be debated, where supposed modest cruelty, an oxymoron definition, contrasts with extreme abuses including murder, but once a policy of denial is taken for granted, powerful interests treat demands for truths and accountability as unjustified. “It wasn’t me sir”, or in the case of Australia’s lame, robot like justification of offshore detention, “We are only deterring people smugglers.”

Regarding three-year-old Tharnicaa waiting for two weeks on Christmas Island for the necessary medical treatment, Australia’s Department of Home Affairs reached for the boy in the playground technique, “Health care on Christmas Island is broadly comparable with the broader public health system.”

Between May 24 and June 5, in several exchanges with doctors and other personnel, Tharnicaa’s parents were told their sick child looked “active and fine”. Tharnicaa’s mother Priya was advised to be calm, the child was denied hospital treatment and instead prescribed Panadol or Nurofen. Priya’s insistence that her daughter needed urgent medical attention resulted eventually, but only after two weeks of pleas for help, in Tharnicaa’s six-hour flight to a Perth children’s hospital.

Refusal of appropriate medical treatment on Christmas Island was compounded when the brave Australian Border Force protected itself by “Strongly denying any allegation of inaction or mistreatment of individuals in its care”.

This latest claim overlooks the experiences of incarceration when seriously ill children were eventually brought from Nauru to the mainland for urgent medical treatment, and when Reza Barati and Hamid Kehazaei died on Manus while under Border Force care.

In The Guardian, Katharine Murphy concludes that the context of such denials “is the performative cruelty of Australia’s border protection regime.”

On the grounds that abuses have never occurred, or were not as bad as alleged, denial of responsibility ensures a continuation of inhumanities, though such acts are concealed under a camouflage of claims about respect for human rights.

Powerful states and their representatives have learned from the boy in the playground. “Why pick on me”, “I did nothing”, “Others (even the victims) are to blame”.