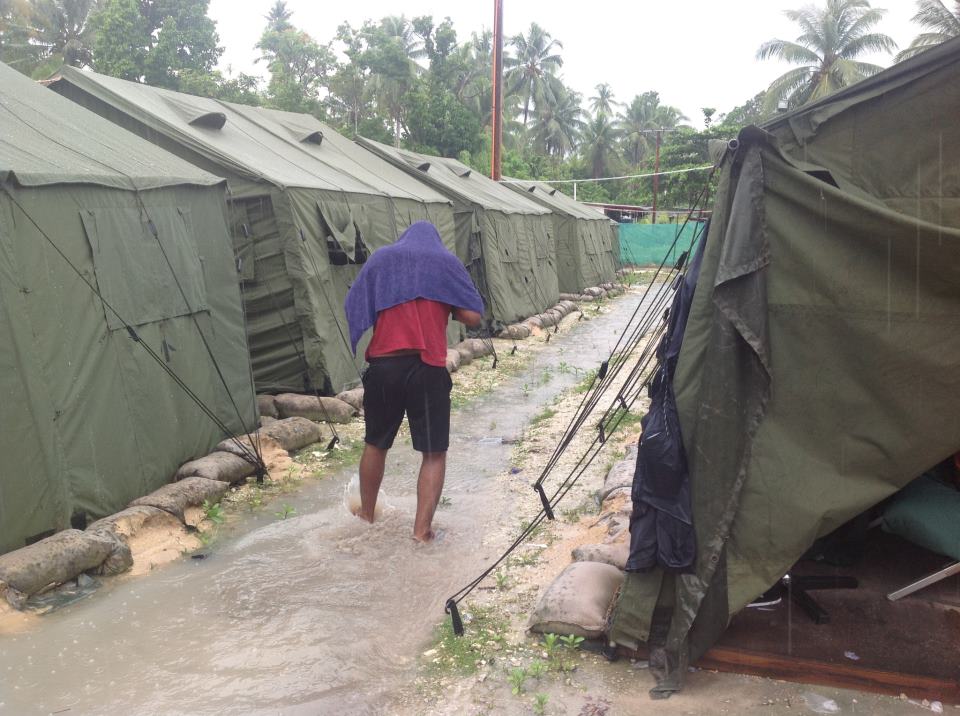 Refugee Week Calls for Justice for Refugees and Asylum Seekers

Refugee rights have featured heavily in Australian news in recent weeks with widespread support for the Murugappan family after four-year-old Tharnicaa became seriously ill with sepsis on Christmas Island.  While the family has now been moved to community detention in Perth, the Government has rejected calls for them to be granted visas and returned to Biloela.

This case has starkly revealed the inhumanity of the Government’s approach to boat arrivals with increasing numbers of Australians questioning the argument that cruelty to small children is necessary to deter people smugglers.

Many other refugees and asylum seekers continue to suffer from the punitive approach taken to boat arrivals over the last eight years. They are those held in offshore detention and those who arrived by boat before offshore detention was established in 2013.

Refugee Action Collective Illawarra (RACI) is holding two events to mark Refugee Week and to highlight the need for a rethink. The first is a screening of the inspiring movie Journey Beyond Fear at6pmat the Gala CinemaWarrawongon Thursday 24th June, followed by a protest rally at the Crown Street Mall Amphitheatre at 12 noon on Saturday 26th June.

RACI is campaigning for an end to offshore detention, bringing refugees still in PNG and Nauru to Australia, acceptance of the NZ offer, safety net income support while asylum seekers claims are assessed, and permanent protection visas.

Around 4000 refugees were held in offshore detention in PNG and Nauru in conditions which caused considerable physical and mental harm and 14 deaths. Just over 900 have been resettled under the US deal due to expire soon. Around 1000 are in Australia as a result of medical transfers and 233 people are still languishing in PNG and Nauru.

Many of those transferred under Medevac in 2019 were put in closed detention in so-called Alternative Places of Detention (APODs), i.e. hotels in Melbourne and Brisbane. About 100 were released between December and February this year following protests and legal action. Despite government promises that all Medevac refugees would be released, around 90 remain in hotels and detention centres in Adelaide, Sydney, Melbourne and Brisbane for unknown reasons. Fourteen of those in Melbourne are now on a hunger strike with one saying “Why is the Government torturing us for nine years? We want to know what is different between us and the others [Medevac refugees] who were released six months ago?”

The men’s release does not resolve their long-term future given they are on special six month ‘final departure bridging’ visas. They are expected to find work to support themselves despite their medical conditions. Consequently they are reliant on refugee support organisations and community members to survive.

The Government says the six-month visa gives them time to “finalise their medical treatment in Australia so they can continue on their resettlement pathway to the United States, return to Nauru or PNG, or for those who are not refugees, return to their home countries”. These are all non-options. The US deal is close to its end. Return to Nauru or PNG where a major Covid crisis exists is clearly ridiculous. Return to home countries is fraught with danger.

In all around 1200 people held for eight years in terrible conditions in offshore detention have no path to permanent settlement even though the New Zealand offer to settle them remains.

Large numbers of refugees and asylum seekers who have been in Australia for many years face significant insecurity and hardship particularly people in the so-called ‘legacy caseload’ – boat arrivals in 2012 and 2013 before offshore detention was fully established. They are on bridging visas waiting for determination of their claims or on three year or five year temporary protection visas.

As of December 2020, 12,450 asylum seekers who arrived by boat remained in the community. Those on current Bridging Visas E have very limited support, with access to the Status Resolution Support Services drastically cut back in mid-2018. While they may have some work, many worked in insecure jobs greatly reduced by Covid-19. People waiting for BVE renewal face greater restrictions.

As a result families have been at risk of homelessness, food insecurity and deteriorating mental and physical health. Again organisations supporting asylum seekers are working overtime to meet the need for housing, food packages and other support.

Journey Beyond Fear is an excellent documentary and a genuinely moving experience. This is a journey well worth taking. 4/5 Stars - David Stratton, The Australian

Journey Beyond Fear is made with a haunting soundtrack by Melbourne musician Alyce Platt…it smashes stereotypes about refugees” - Carolyn Webb, The Age

Filmed by Robyn Hughan over seven years, Journey Beyond Fear follows a teenage girl and her refugee family in Malaysia as they wait for and eventually achieve resettlement. An extraordinary psychological study of the effects of refugee status, it shows how even the system for seeking asylum the ‘right way’ is incredibly challenging. The film reminds us of the need for Australia to do better given that less than one per cent of refugees registered with the UN are ever resettled.

Screening Thursday 6pm 24th June @ Gala Cinema, Warrawong. Tickets can be purchased online - $20 and $15 concession with a limited number of tickets available at the door.

The rally will feature a number of high profile speakers, including former leader of the Liberal Party and critic of the current government John Hewson, Wollongong Greens Councillor Mithra Cox, and a refugee representative from the Refugee Council of Australia. After the speeches RACI will lead a march through the Wollongong CBD to gain the attention this issue deserves.

Protests such as this rally in Wollongong are instrumental in raising awareness of the ongoing issues affecting refugees and in forcing changes to government policy. Medevac, the family from Biloela and refugees being released from hotel detention demonstrates the power of vocal campaigns that can win people over and pressure the government. Asylum seekers who have sought Australia’s protection must get the support and permanent settlement they deserve.