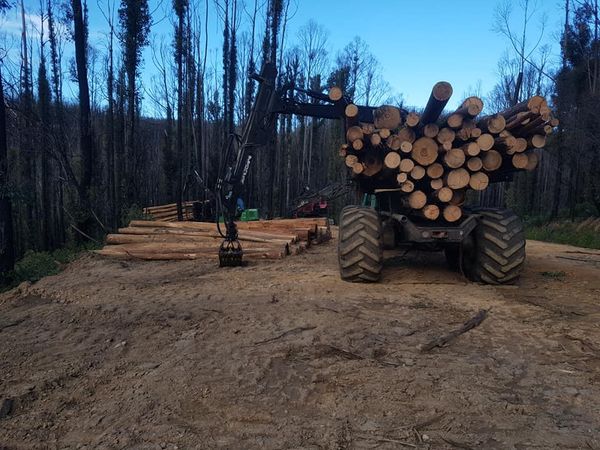 South coast conservationists are calling on the NSW Government to mark the International Day of Forests 2022 by following the example of Western Australia and Victoria and calling an end to native forest logging.

It is now ten years since the United Nations resolved that 21 March on each following year should be observed as the International Day of Forests.

Since that resolution was made, more than five and a half million tonnes of woodchips have been exported from Eden. In the same period, the NSW Forestry Corporation has lost $56.6 million on its native forest logging operations, with NSW taxpayers footing the bill. That $56.6 million actually understates the cost to taxpayers because there have been tens of millions of direct taxpayer subsidies paid to the industry as well.

Owners of the chip mill have reported profits of $13.5 million during this time, but have failed to lodge Annual Financial Statements with the Australian Securities and Investments Commission for three of those ten years, so that figure is likely subject to change. This is a shameful record which can no longer be justified, even by the staunchest supporters of the wood chipping industry.?

The theme for this year’s International Day For Forests is sustainable production and consumption. This goal fits well with SERCA’s goal of ending native forest logging and sourcing wood products from plantations.

Virtually all wood used in construction these days is already plantation softwood. The transition has been underway for years; we just need to complete it.

Only 9.5% of NSW is protected in conservation areas. Much of our remaining forests are slated for logging as state forests. These state forests represent incredibly important wildlife habitats and stunning landscapes.

The 2019-20 Black Summer bushfires burnt over 5 million hectares of forest and the remaining unburnt areas provide important habitat for our special wildlife. They have nowhere else to go.

If there is one good thing that might come from the disastrous Black Summer bushfires it could be that they force the logging industry and our governments to open their eyes and see that they can’t get blood out of a stone.

After more than 80 per cent of South Coast State Forest was burnt in the fires, business as usual simply isn’t an option.

SERCA is also partnering with the Nature Conservation Council in the Worth More Standing campaign which starts today. SERCA is very pleased to be part of this campaign and look forward to a successful outcome.